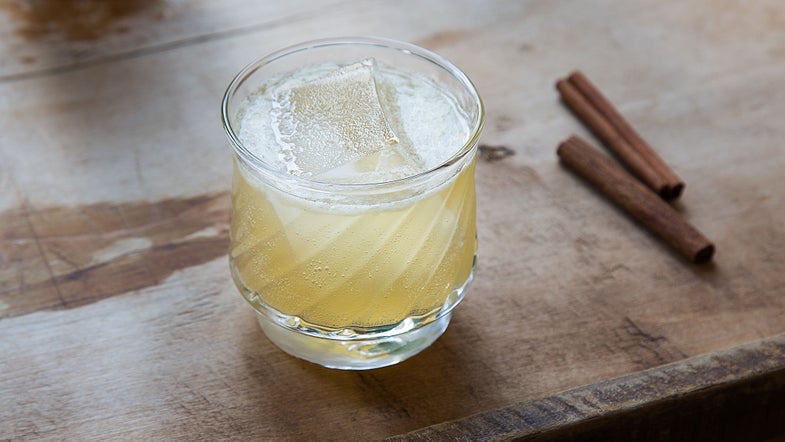 Cinnamon and honey are always friends, and a cinnamon-honey syrup has endless uses—sweeten your tea with it, pour it over ice cream, or drizzle on your oatmeal. In a cocktail context? Try it in a Scotch sour, where smoky blended Scotch and lemon make for a refreshing drink with the warmth of cinnamon and slight floral note of honey coming through. Once you’ve made the cinnamon honey, it’s just a three-ingredient drink, but tastes far more complex.

Featured in: The Easiest Way to Spice Up Your Cocktail

Smoky blended Scotch gets softened by an easy cinnamon-honey syrup and brightened with lemon juice for a simple riff on a classic cocktail.
Yield: makes 1 Cocktail

For the Cinnamon-Honey Syrup