No one does lentils better than Indian cooks; here’s how to sort your toor from your urud and make the most of them in your stew pot 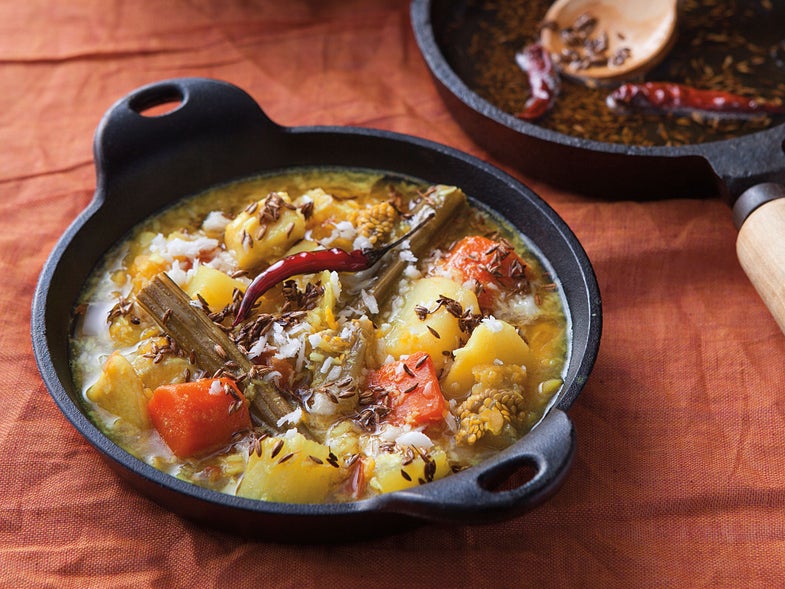 In the east Indian state of Odisha, this lentil stew, fragrant with coconut and enriched with silky, thinly sliced onions and long-simmered sweet potatoes, is an everyday staple. Joseph De Leo
SHARE 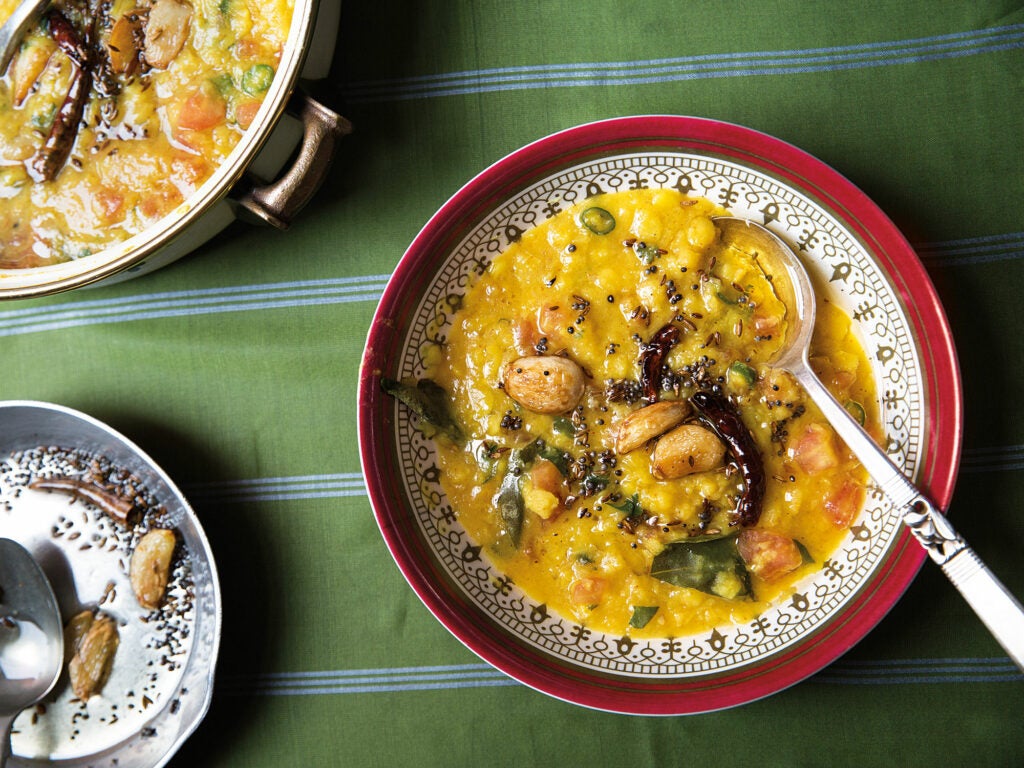 Indian culinary expert Madhur Jaffrey experienced a version of this tarka—a combination of fried spices and aromatics stirred into a soupy dal—while visiting the South Indian city of Hyderabad. It is soured with tamarind and seasoned with curry leaves and mustard seeds.

In Indian cuisine, dal (or lentils) are everything. This is not an exaggeration. Dal can be an essential building block of literally any type of dish—salads, condiments, breads—but its most important function is in stews, the most basic of Indian food offerings.

Why dal? As a stew, it is one of the most complete, nutrient-rich meals around. It can be eaten in near-infinite ways: over rice, with bread, intermingled among vegetables. You can add lime to make it tangy or ghee to make it rich. Dal can be whatever you need it to be, but it is always comforting, and always flavorful. That’s why, in India, even in the already specific category of lentil stews—each region has its own variation (and sometimes several).

The Basics: How to Make Dal 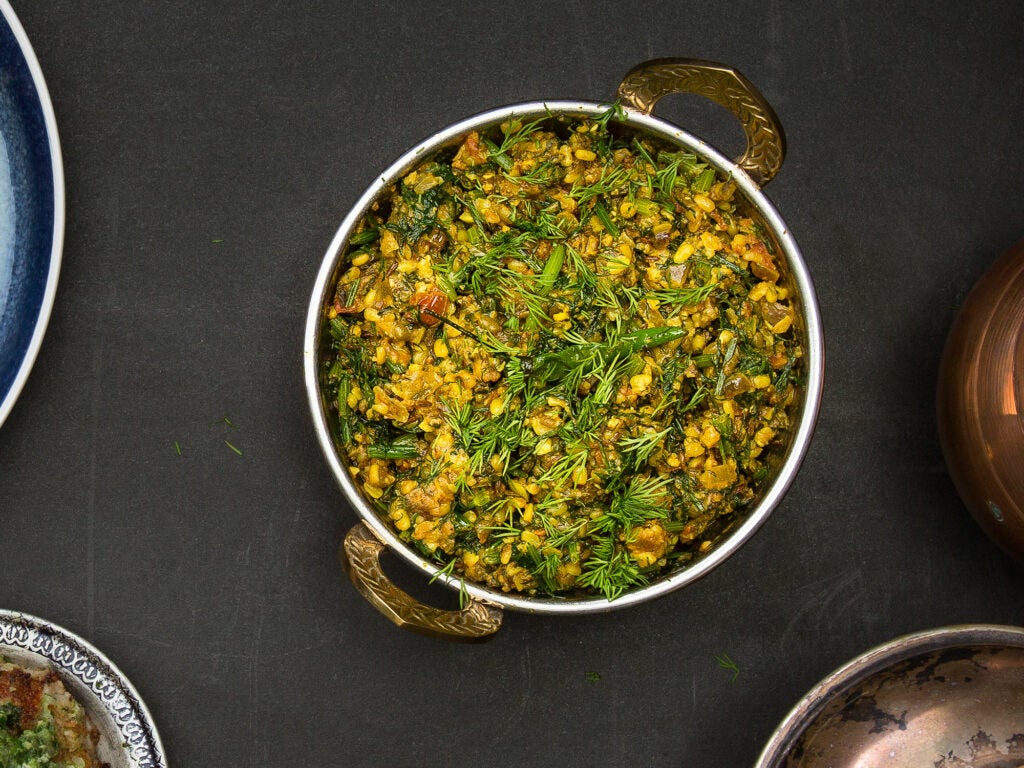 Spiced Dal with Peanuts and Dill

Spiced Dal with Peanuts and Dill

Dal could not be more straightforward to make, and practically every Indian recipe uses the same general formula. You can even use this method to make your own unique version at home:

These tips are what I like to call “The Difference Between When I Make Dal Versus When My Mom Makes Dal.” They’re small—at times obvious—tricks of the trade, but ones that will make your stew taste less like health food and more like comfort food.

Don’t over-season: Seasoning is great, and of course, Indian cuisine loves salt and spices. But remember: dal has a wonderful natural legume flavor, and you don’t want to overpower that with tons of spices. Be confident but not heavy-handed with your flavorings. 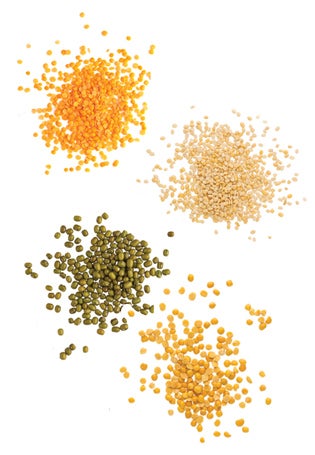 How to navigate the valley of the dals

Don’t add all your spices and aromatics at the beginning: My mom says that the only spice she adds at the very beginning of cooking lentils is turmeric, as it needs time to break down and really imbue the stew with its earthy nuttiness. Save the most of your seasoning to the end of the cooking process—as that’ll keep all the flavors tasting fresh.

Because most regional dal recipes use the same basic preparation, they vary most distinctly by two elements: the add-ons (e.g., the spices and the textural bits) and the accompaniments. Here are some of the most commonly consumed varieties across India. As always, even within these categories, there is a lot of variation—but this will hopefully provide a basic outline of the grand glossary of dal.

An intensely spicy, slightly bitter, and soupy side for grain dishes.

Region: South Type of Lentil: Toor Add-Ons: Vegetables like drumsticks or pearl onions, coconut, curry leaves, sambar powder (a widely available mixture of lentils and spices like fenugreek, turmeric, cumin, and coriander seed) Accompaniments: Sambar is most often paired with dosa (a lentil-and-rice-based crepe) or idli (a rice cake). If you order either of these dishes at an Indian restaurant, you are 100 percent likely to be served sambar on the side. Rice is also an acceptable complement.

Another soupy style of dal with lots of tanginess from tomatoes.

Region: South Type of Lentil: Toor Add-Ons: Tamarind, tomatoes, garlic, red chiles, black pepper (these seasonings are often ground into something called rassam powder, which is almost as widely available as sambar powder). Accompaniments: Rassam can be eaten on its own or over rice. Often, the lentils will be removed from the soup altogether, so all that remains is a tangy, spicy broth.

Region: Punjab Type of Lentil: Urad or Rajma (Red Kidney Beans), and sometimes both Add-Ons: Tomatoes, butter (and lots of it), onions, and garlic Accompaniments: A staple of Indian restaurants (mostly likely due to its incredibly rich taste), dal makhani can be found alongside naan or cumin rice.

A mild, very balanced stew with lots of texture.

A porridge-like mixture involving everything but the kitchen sink (mostly rice and whatever vegetables you have on hand) cooked until very soft.

Region: North Type of Lentil: Moong Add-Ons: Rice (mixed directly into the stew), vegetables of various kinds, any type of seasonings—khichdi is a very mix-and-match sort of meal. Accompaniments: Papad and yogurt. This is the most typical sick person (or toothing baby) stew, as it’s really easy to digest.

Region: Tamil Nadu/Andhra Pradesh Type of Lentil: Mung Add-Ons: Rice, coconut, sugar (if you want to make it sweet) Accompaniments: Pongal is like a simple porridge, eaten by itself and often serving as a temple offering or a harvest festival treat. 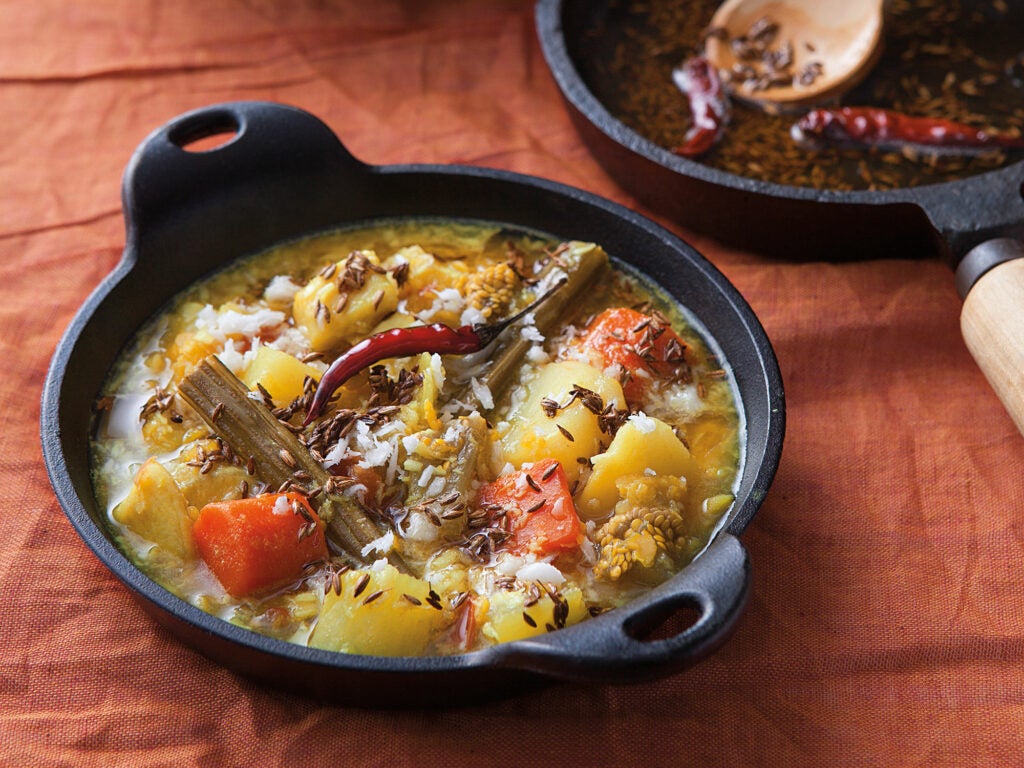 In the east Indian state of Odisha, this lentil stew, fragrant with coconut and enriched with silky, thinly sliced onions and long-simmered sweet potatoes, is an everyday staple. 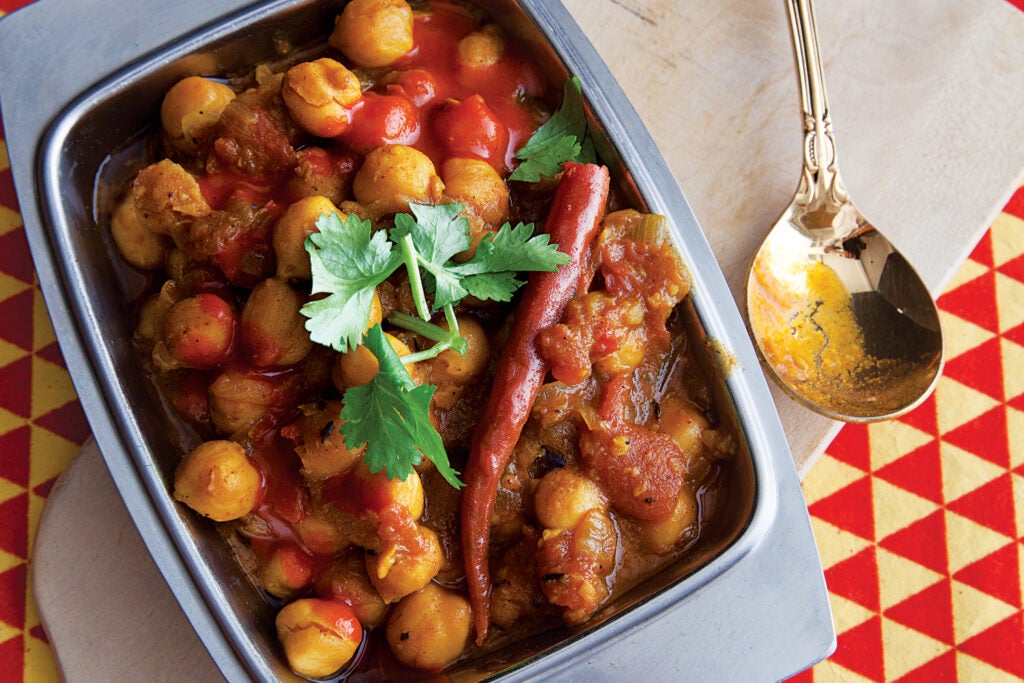 Region: Punjab Type of Lentil: Chickpea (this is technically a legume and not a lentil, but it’s worth a mention because the dish is so incredibly delicious) Add-Ons: Tomatoes, onions, garlic, ginger, chilies, coriander seed Accompaniments: Bhatura (a puffy, stretchy fry bread) and raw onions (the bite and crunch cuts perfectly through the thick, warming stew) 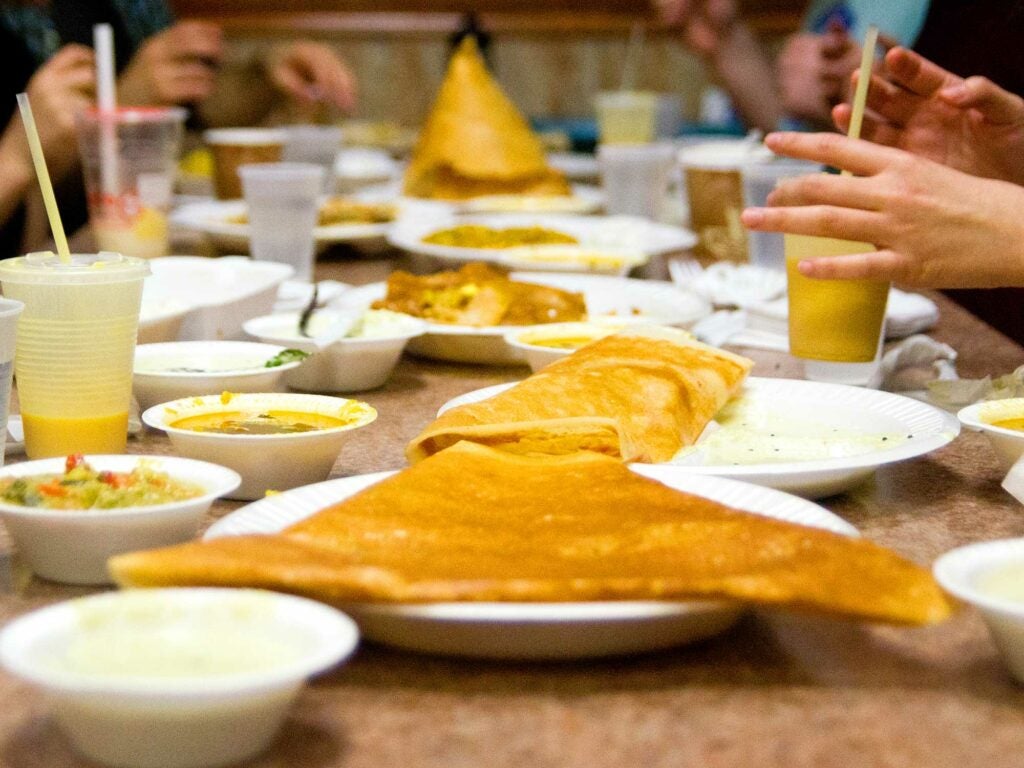