Lord of the Chives 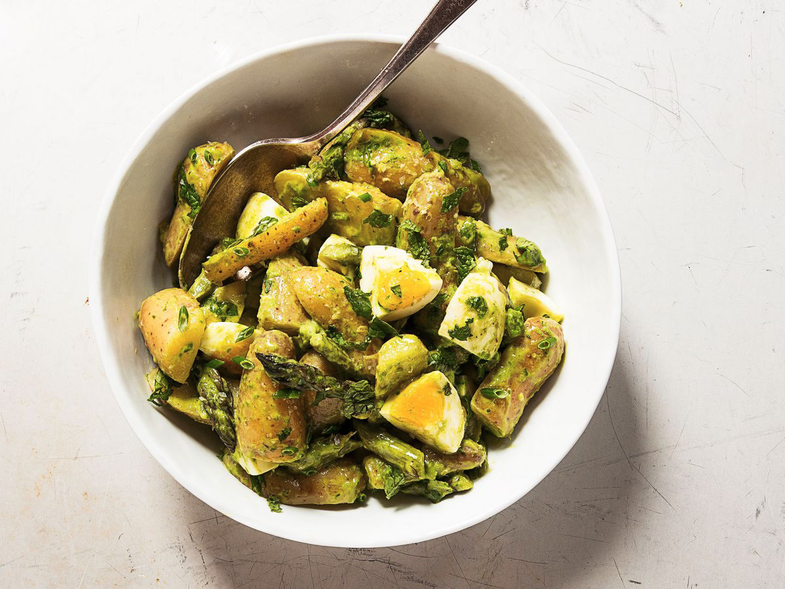 While everyone else fawns over asparagus and fava beans, I’m more likely to write quiet love letters to spring’s littler things: the herbs that are finally fresh and new, all the different sorts of mint I’ve never heard of before, onions going through puberty, the wild tangled web that is a tub full of pea shoots. Chives, too, all long and bunched together and seemingly groomed, topped with flowers and poised to get all chopped up by your scissors and sprinkled over everything like a confetti gun—they are versatile underdogs, and I grab them by the fistful.

When your office has a test kitchen you develop a tendency to wander into it, to nose around and scavenge and ask questions. One day a few weeks back while i was loitering I began thinking of the fat bunch of chives getting wilty in my fridge. I’d even split the lot with a friend when I bought it at the market, but felt like I somehow couldn’t make a dent in it. I turned to Farideh, our test kitchen director. What would you do tonight with an enormous bunch of chives?

That settled it. I had chives and oil and eggs at home. I had a tub of fingerlings—so small you’d call them premature—just waiting to be slicked with something.

Reader, I cheated: I took the pulp from making chive oil—which you make simply by blitzing chives and oil in the blender until it’s green green green, then straining it—and mixed it into some bottled (organic!) mayo sitting in our fridge. Reader, it was a Tuesday. But reader, I suggest you make Farideh’s homemade chive mayonnaise, and put it on everything.

The rest of it came together as a hodgepodge of what was handy: I roasted asparagus until it verged on black, zested a lemon because we cooks will never tire of the word “brightness,” boiled an egg for 7 minutes. I chopped and folded the egg in last so that the yolks peeked out from under everything else as if hidden in a ball pit. The balls here are potatoes.

We love potato salad for its picnickiness, and this would be very fitting served on blanket-topped grass, but it’s also very amenable to the solo diner, a one-bowl endeavor that you’ll eat again for lunch the next day, cold. You’ll find coworkers poking their nose over cubicle walls, lifting eyebrows, asking questions. Send them here.

Get the recipe for Fingerling Potato Salad with Chive Mayonnaise »