No, Your Cabernet Doesn’t Need a Steak. It’s Asking for Charred Peppers 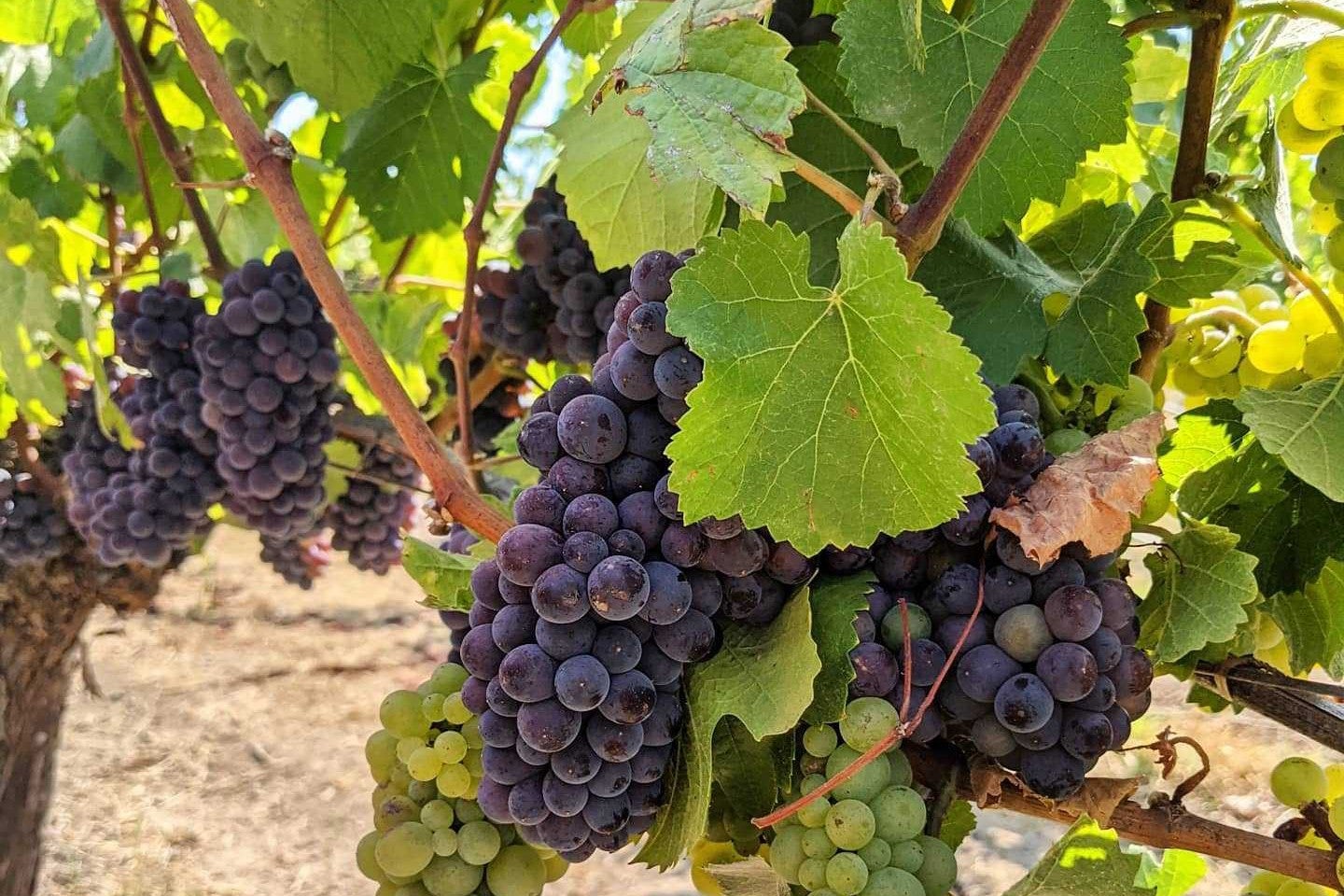 When you plunk a bottle of cabernet sauvignon down on the table, most people expect to be served a juicy ribeye, stewed ragu, or hearty burger. But while it might seem like law, there’s really no requirement or dictum that one must always pair up the most robust red wines with meat. On the contrary: it can be even more thrilling to offer a partnership with vegetables (or even something sweet).

“The main misconception is that there is only one ‘right’ way to enjoy wine,” says Ames Morison, co-founder at Alexander Valley’s Medlock Ames. “I think that it is a very subjective experience, and half the fun is experimenting.” So why take ‘steak and cabernet franc’ or ‘merlot and beef Bourguignon’ as gospel?

That said, following a few guidelines can help make the most of a union between, say, zinfandel and mapo tofu. Here’s what to consider—and what old advice to toss—when it comes to pairing something big and bold with a less meaty main.

Andrea Slonecker, author of six cookbooks including Wine Food: New Adventures in Drinking and Cooking and The Picnic, believes preparation is everything when it comes to putting a hefty, tannic wine on the table with vegetables. “It’s all about matching richness with depth and flavor,” she says.

Gently poached asparagus or a lightly dressed salad might not be quite the right dish to reach for, but there are many other options. One consistently reliable technique: grilling. “Grilling vegetables creates strong, bold flavors that pair well with more robust wines,” Morison notes. Look for recipes that are charred or roasted; nightshades like eggplants, peppers, and zucchini take grill marks well and concentrate flavors.

Rafa García Febles, beverage director and sommelier at Brooklyn’s Bar Blondeau (as well as Le Crocodile and the Wythe Hotel), also looks to the grill when pairing up vegetables and red wines. He namechecks charred bell peppers, like you might prepare for fajitas, as particularly suited to the Bordeaux family of grapes, which includes cabernet sauvignon, merlot, and cabernet franc. “One of the things that stands out is that green note that you get that can feel very peppery,” he says. “There’s a flavor commonality, and the char is going to act pretty similarly in your mouth to the char that you’d get on a steak.” He notes there’s also a textural contrast between the vegetable’s crunch and a really smooth, mellow wine.

Febles notes that his friend Miguel de Leon, sommelier at Pinch Chinese and recipient of the 2021 Michelin Guide Sommelier Award in New York City, invites merlot to the table—we’re talking every by-the-glass red at Pinch—alongside pan-fried beef dumplings and dan dan noodles. “Merlot is such a juicy, happy wine,” Febles says. “Even when it’s made really seriously, it’s just all this plummy, bright, pretty fruit,” which sidles up to Chinese food in a really delicious way.

Preparation is the entry point for pairing vegetable-driven dishes with hefty red wines, but sauces and spices add layers of nuance around which a multitude of flavors can coalesce.

Febles is a vegetarian, so he was primed to put together a well-rounded wine list at Bar Blondeau, a restaurant that often puts vegetables (and fish) at the heart of the menu. Rather than treat small, vegetable-forward plates as a limitation, he saw the project as an exciting opportunity for unexpected and fun pairings. For starters, he searched for red wines from seaside locales like coastal Morocco and Spain, which are known for using lighter ingredients with elaborate spice or sauces. Febles explains that seemingly light yet intensely flavored vegetable dishes—from, tagines to Thai food—can still stand up to something bigger.

For example, Bar Blondeau serves a leek dish that would be an unlikely match for a tannic wine at first glance. But for Febles, it’s one that asks for a more full-bodied red, thanks to an umami-rich miso and sesame sauce and a scatter of meaty pine nuts. “That’s a really fun one to pair with because it’s dark and savory but it still feels very light because you’re just eating little leeks,” he says. The somm shares that the red he loves with the dish is mencía. “I serve it chilled because it’s semi-carbonic, so it has a little bit of that bright, juicy fruit thing up front,” he explains. “It’s surprisingly tannic and high-acid, pretty high-alcohol, and it works.”

While certainly not a new concept, considering a wine’s structure when choosing what to drink with a meal can help guide you to an optimal choice. Febles has stocked his list with fuller-bodied wines that don’t compromise on lift and lightness. He explains that what’s nice about many classically “big” options like cabernet sauvignon and merlot is that they still prominently feature acidity, which can help offset higher tannins and alcohol.

“It’s really just a matter of making sure that the intensity and the structure match whatever food you’re presenting,” he says. Ask yourself: Is the wine mouth-coating, or do you want an option that’s bright and acidic to cut through something rich? Is the food hot and spicy, or more mild? Febles warns that it’s important to be aware that bigger reds might bully dainty flavors.

“The most important aspect of bigger red wines made from cabernet sauvignon, merlot, and malbec is the mouthfeel,” Morison shares. “What we try to craft, and what I appreciate most, is solid but smooth tannins.” These big, spirited wines tend to be recognized for fruity aromas, but what appeals to him—the “subtle, more elegant notes hiding just behind the fruit,”– aren’t as prominent. Faint botanical notes of eucalyptus and rosemary; florals like lavender, roses, violets, gardenias; even minerality, like seaspray or graphite. “Sometimes, malbec even shows a rich meaty aroma,” he adds.

Most of the time, Febles explains, we’re not thinking through a wine’s structure, but when it comes to pairing, it’s helpful to think in those ways. “You want a wine that’s going to be like a condiment for the food, something that makes it taste better,” he says. “And really, ideally, that makes the wine taste better in turn.” 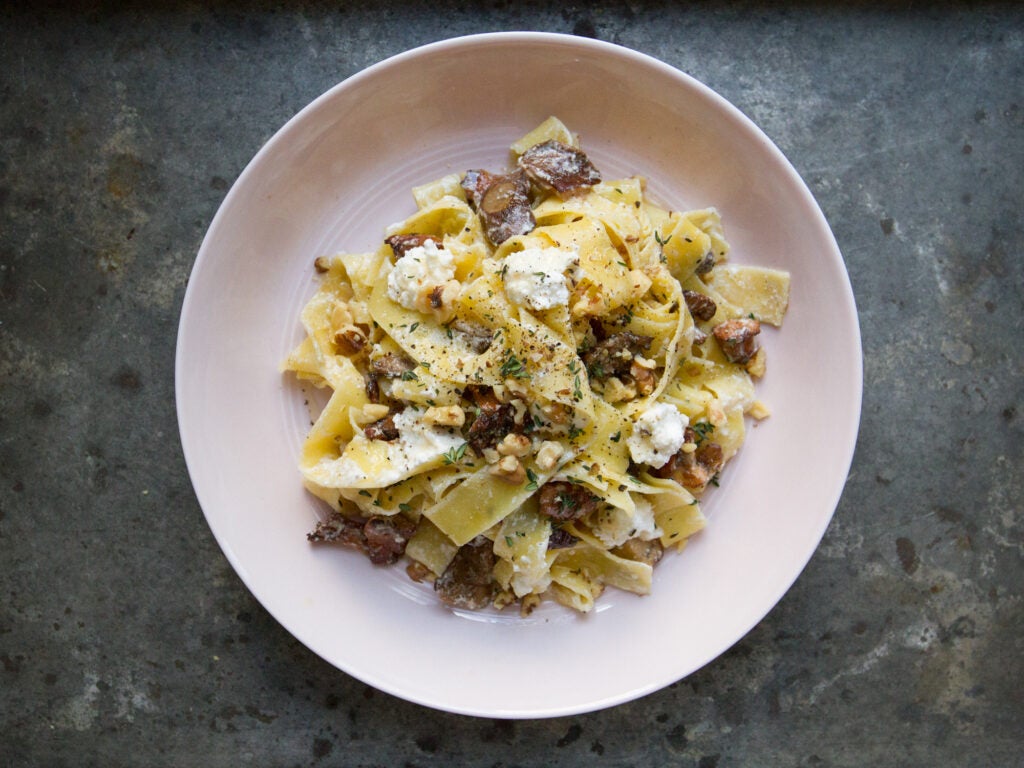 A mix of sautéed mushrooms, toasted walnuts, ricotta, and pappardelle, this pasta dish would pair up nicely with zinfandel. 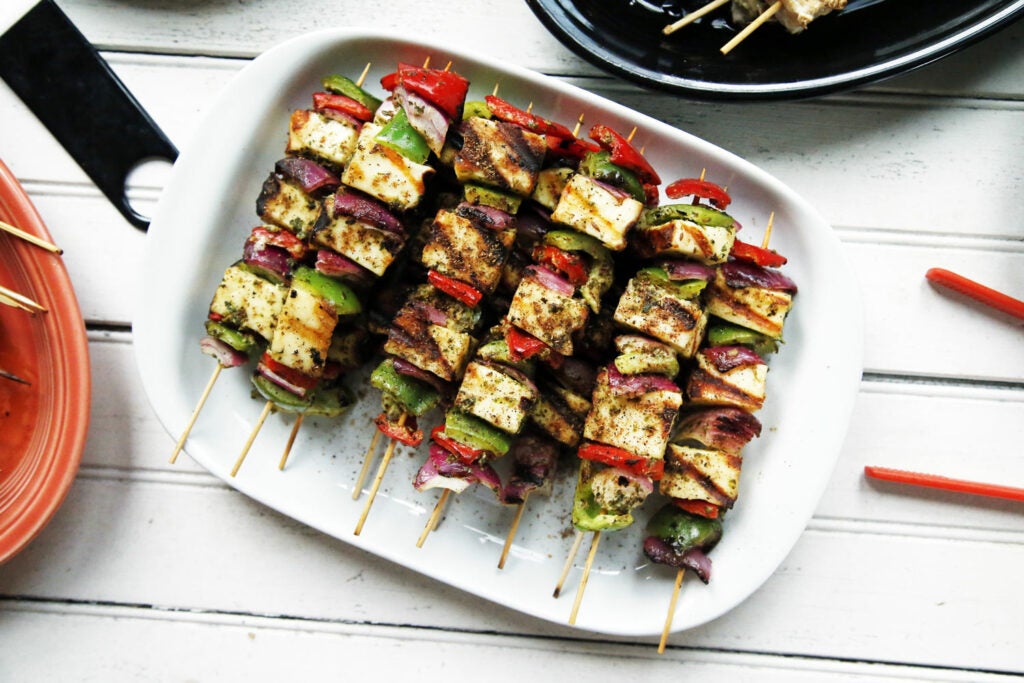 A wine and cheese pairing, but make it grilled—and invite malbec to the party. 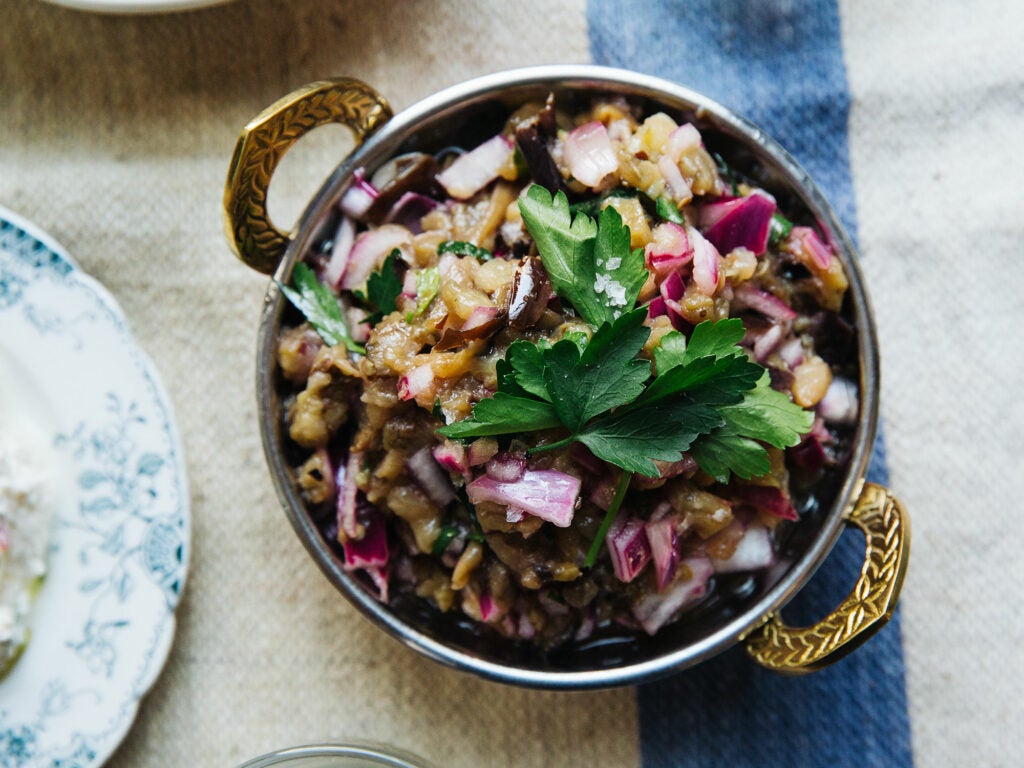 Char eggplants and then chop them into a beautiful meze dish, and take a sip of cabernet franc in between each bite. 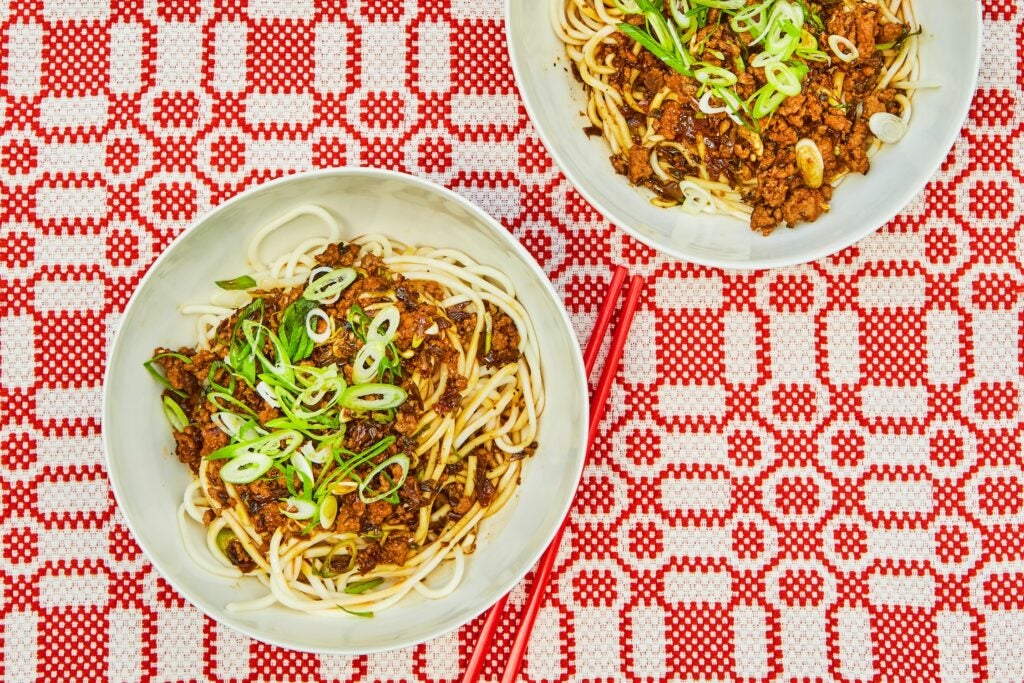 Pour a glass of merlot alongside this tangle of wheat noodles topped with ground pork and a tingly Sichuan peppercorn sauce.

Samantha Weiss Hills is a writer and editor based in New York City. She is the Deputy Editor of Commerce for Domino and Saveur.