The Art of Soup 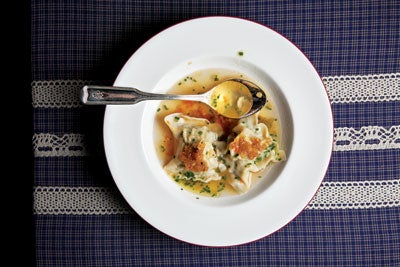 Chef Oliver Steffensky garnishes this soup, a specialty of Swabia in southern Germany, with dumplings filled with minced pork, beef, veal, and bacon. (For a step-by-step guide to making the dumplings, see the gallery Making Maultaschen ») This recipe first appeared in our November 2011 issue along with Beth Kracklauer's story The Art of Soup. See the recipe for Maultaschensuppe ». Todd Coleman
SHARE 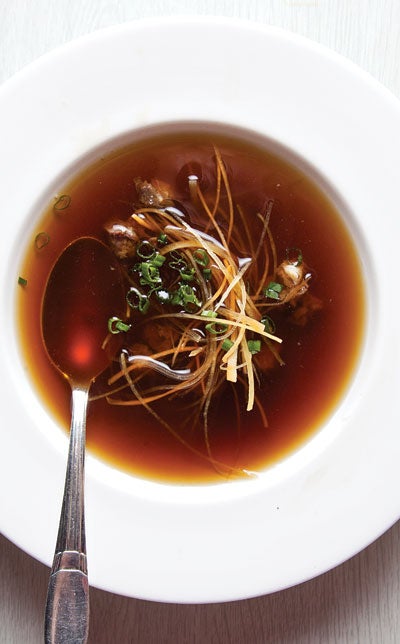 To ensure that this consommé is absolutely clear, a “raft” of ground beef and egg whites is created to absorb impurities, producing an elegant soup with concentrated flavor. See the recipe for Ochsenschwanzsuppe (Oxtail Consommé) » 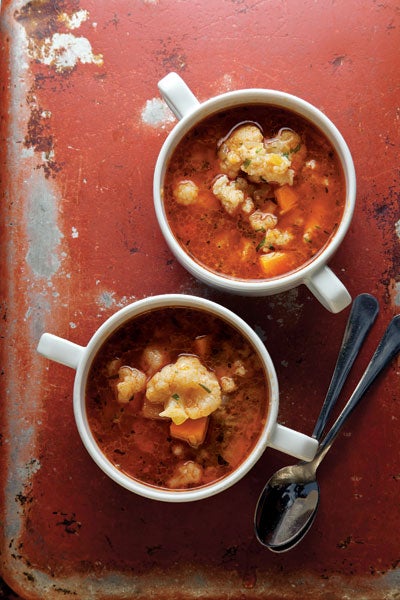 This recipe for paprika-spiced cauliflower soup comes from chef Andrea Németh at the restaurant Bagolyvár in Budapest. To form the tiny dumplings, called galuska, she simply drops bits of dough into the simmering broth. Get the recipe for Paprika-Spiced Cauliflower Soup (Karfiolleves) » 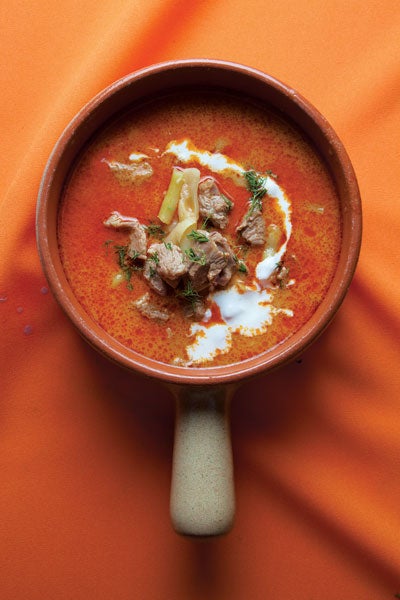 Hungarian chef Andrea Németh mixes sour cream with flour before adding it to this paprika-spiced lamb and vegetable soup. It thickens the soup and prevents the cream from curdling. 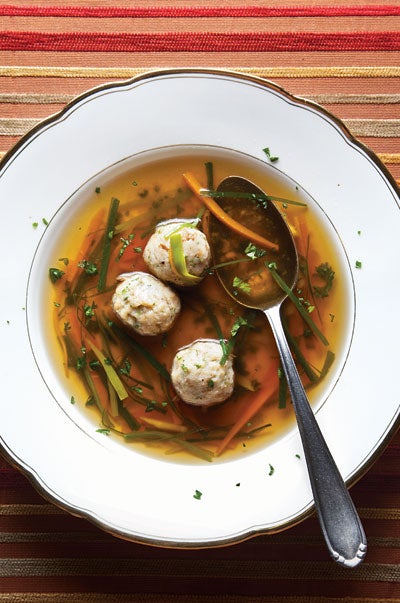 The dumplings in this beef soup get a boost of richness from beef bone marrow; parsley and nutmeg impart bright and warming flavors. 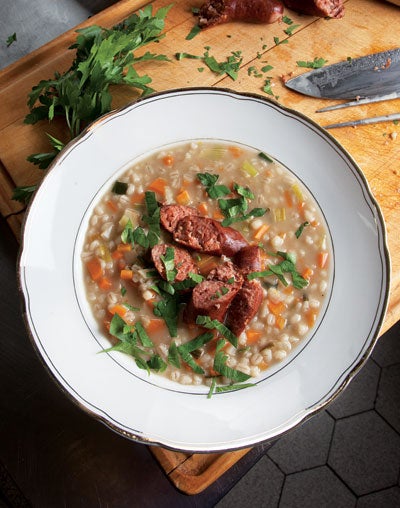 Klaus Weiler, the chef at Weinhaus Weiler in Oberwesel, Germany, shared the recipe for this classic barley soup. Garnished with sausage, it’s substantial enough to make a meal in itself. 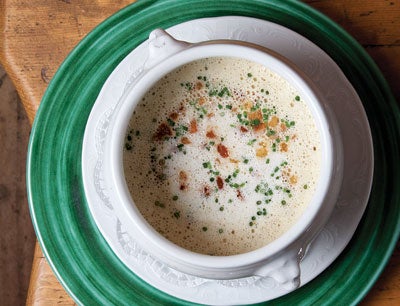 A creamy potato soup, fragrant with nutmeg and marjoram, gets a zesty kick from a grating of fresh horseradish root. After cooking, it’s whipped into a smooth, airy froth. See the recipe for Kartoffelrahmsuppe (Spiced Potato Soup) »