The Best Himalayan Recipes for a Taste of the Mountains

Take your kitchen to new heights with our favorite Nepalese, Tibetan, and South Asian recipes 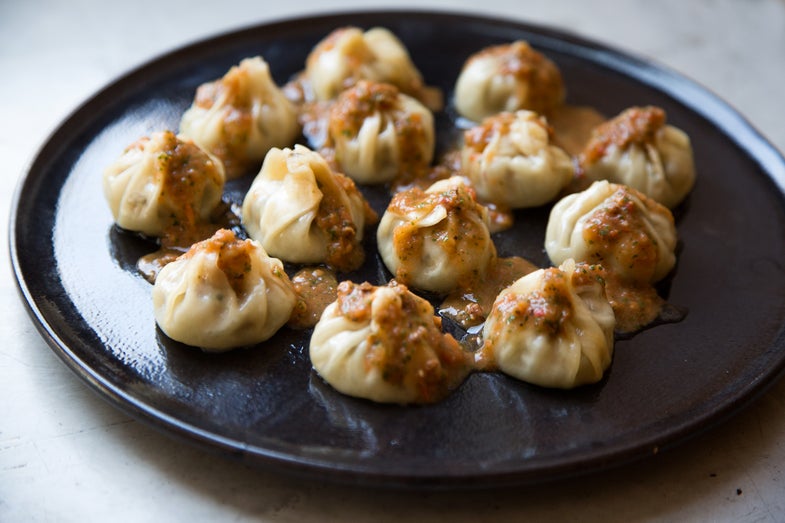 These steamed, meat-filled Nepalese dumplings come from Binita Pradhan, the entrepreneur behind Bini's Kitchen in San Francisco, CA. Get the recipe for Turkey Momos with Tomato-Cilantro Sauce ». Matt Taylor-Gross
SHARE

All along the basin of the Himalayas, communities across Tibet, Nepal, Bhutan, India, and Pakistan co-exist with the Himalayan mountains. Himalayan cuisine, bringing together Nepalese recipes, Tibetan recipes, Indian recipes as well as Pakistani recipes, are as diverse as the people who call the mountains their home. Fertile southern lands are rich with spice-laden foods as a climb up the mountains yields more unforgiving territory. The shift to foods with better shelf lives create a hearty diet rich with butter and meats. Momos, the iconic steaming dumplings made of meat or vegetables, are a classic Himalayan dish. But there’s so much more to explore, like Himalayan curries, noodles, and breads. We’ve rounded up some of our favorite Himalayan recipes here. 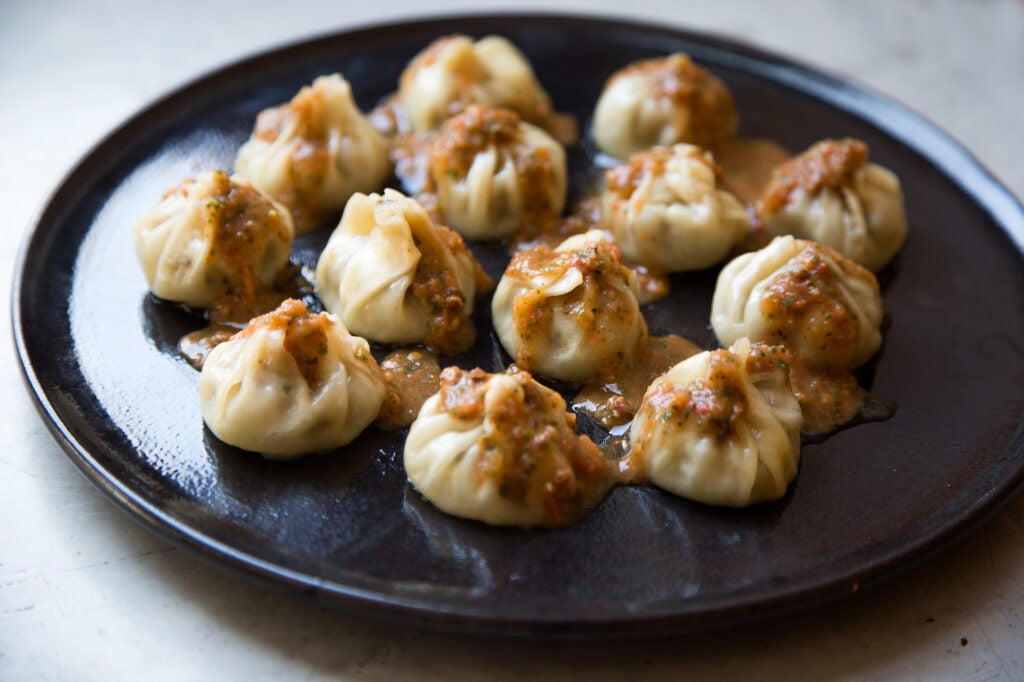 These steamed, meat-filled Nepalese dumplings come from Binita Pradhan, the entrepreneur behind Bini’s Kitchen in San Francisco, CA. Get the recipe for Turkey Momos with Tomato-Cilantro Sauce »

These steamed, meat-filled Nepalese dumplings come from Binita Pradhan, the entrepreneur behind Bini’s Kitchen in San Francisco, CA. Get the recipe for Turkey Momos with Tomato-Cilantro Sauce » 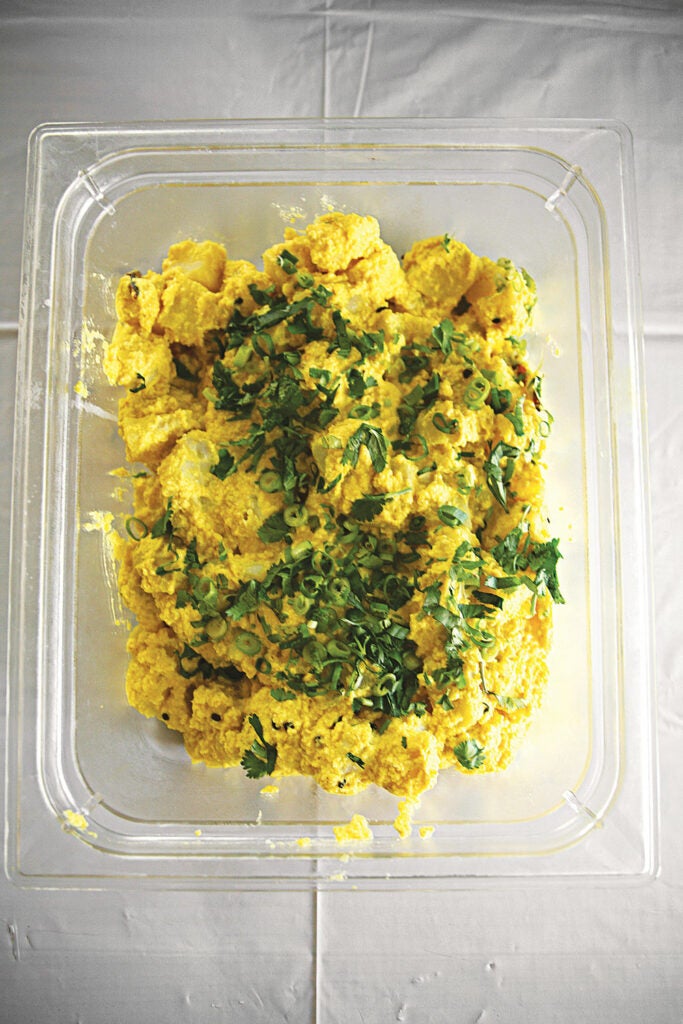 Subarna Bhattachan, a Nepalese chef living in Lawrence, Kansas, folds a purée of cool yogurt, nutty tahini, and spicy red chiles into his fragrant take on potato salad. Get the recipe for Curried Potato Salad »

Pork and bamboo feature prominently in Northeast Indian cooking. One example is this braised pork belly, spiced with Thai chiles, garlic, ginger, and turmeric, from cookbook author Jyoti Das. It is inspired by an Assamese tribal dish. Get the recipe for Baanhgajor Lagot Gahori (Pork Belly with Fermented Bamboo) »

This recipe traditionally calls for “broken rice”, the lowest grade of rice—literally, rice pieces. Broken rice creates a thick, smooth texture. Here we have substituted jasmine rice, which yields a rich pudding but does not break down completely. Before cooking, be sure to rinse your rice to remove a bit of the starch and produce a smooth, not sticky, texture. If the pudding thickens when it is left to stand, stir in additional warm milk until it reaches the desired consistency. Get the recipe for Tibetan Rice Pudding »

While traditionally made with yak meat in Tibet, a rustic stew is just as delightful made with beef. Get the recipe for Tibetan Beef and Potato Stew »

Tibetan cuisine enjoys the influences of many different cultures—Chinese, Indian, Mongolian, Nepalese—as well as a wonderful tradition of passing recipes down through the generations, such as this classic dish. Get the recipe for Tibetan Fried Noodles »

In this quick dish, crisp-fried okra is flavored with garam masala, coriander, chiles, and onions. Get the recipe for North Indian Okra Stir-Fry (Bhindi Masala) »