Give your arms a break from mixing with these magnificent multitaskers. 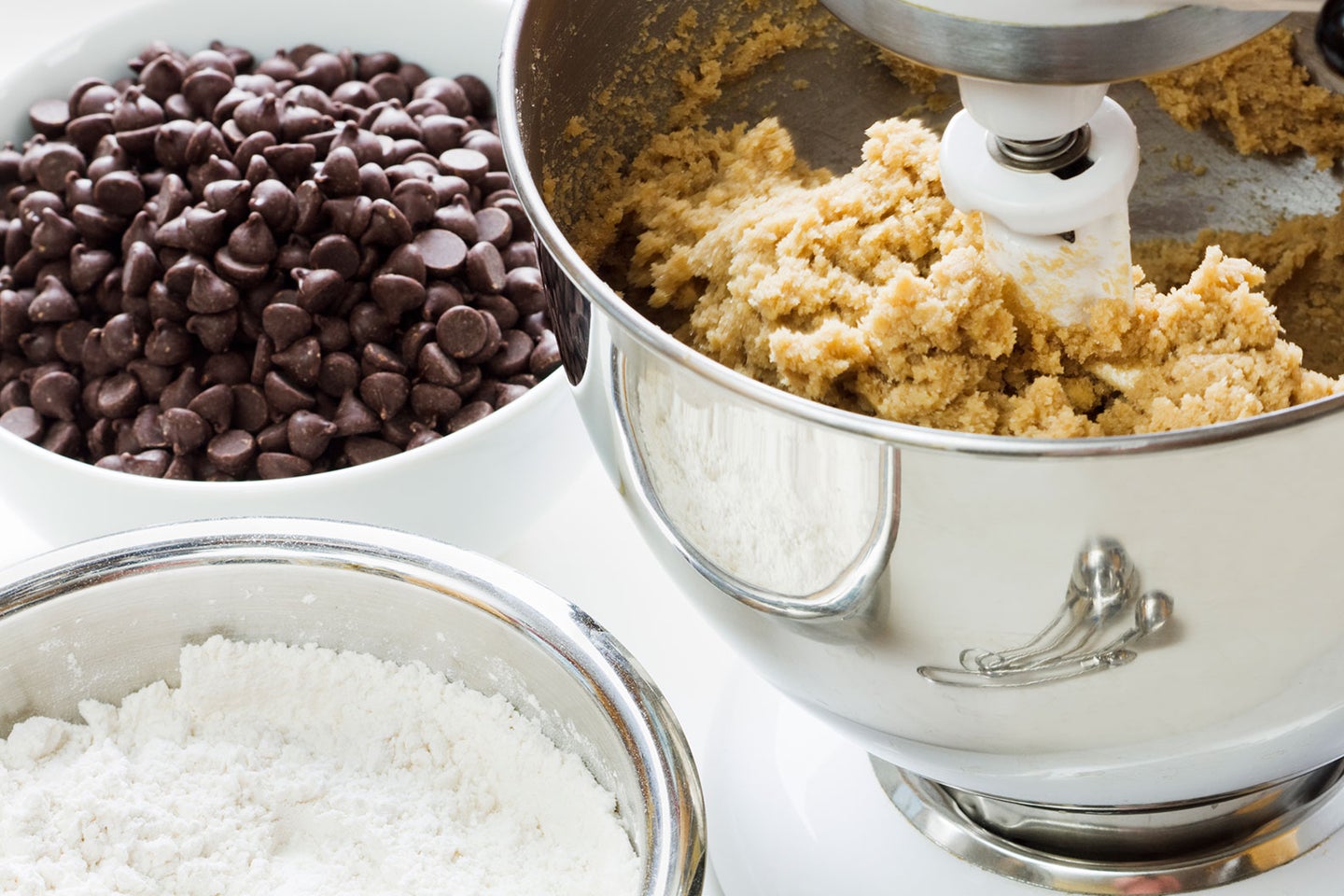 In a different lifetime, I worked for a high-end bakery that specialized in European-style cakes and pastries. Every day, I gazed longingly at our commercial Hobart mixer. It had a 10-gallon capacity bowl that, when full of cookie dough, took two people to move. I had similar feelings about our dough sheeter, but that’s a different article entirely. Now, of course I didn’t need a commercial-grade stand mixer. I was just in love with the idea of owning a stand mixer. Any stand mixer!

I don’t work at that bakery anymore, but I finally have my own stand mixer. I use it for everything, including holiday baking, just-because baking, whipping egg whites for meringues and buttercream frosting, and kneading loaf after loaf of bread. During the fall and winter months, I use my stand mixer at least a few times a week, particularly around the holidays.

If you’re here reading this, I have to assume you’re in the market for a new stand mixer, or maybe your first one, which is very exciting! It can also be a little overwhelming to assess all the brands and models out there. I’m here to help. Over the past couple of weeks, I selected seven different stand mixers and ran each one through a series of tests to determine which ones are the best on the market.

I used each mixer to make a particularly stiff batch of chocolate chip cookie dough, a loaf of enriched white bread with a 20-minute mixing and kneading time, a batch of meringue, and a batch of whipped cream. Why these tests, specifically? They’re all fairly common tasks that bakers use their stand mixers for, and they test key features (which I get into below). Here’s how those stand mixers measured up to each other.

Many stand mixers have a 5-quart capacity bowl, which should get the job done for most home chefs. If you’re baking for a crowd, we’ve got some upgrade options that cost a little more but offer greater flexibility for those big projects. Note that most stand mixers can be calibrated to adjust the height of the mixing attachment—be sure to read your mixer’s instructions thoroughly before using for best performance.

We’re not just talking aesthetics here, though that can be a factor for some folks. A well-designed stand mixer should be sturdy and stable, whether mixing up a stiff batch of cookie dough, whipping egg whites or heavy cream, or kneading bread dough for as long as 20 minutes. If a stand mixer gets too hot to touch, or nearly rocks itself off the counter when performing tough tasks, that’s a problem!

Tied to design, I looked for stand mixers that were powerful enough to make huge batches of stiff cookie dough and knead bread doughs without the lamentable sound of grinding gears and a struggling motor, but also fast enough to quickly bring egg whites and heavy cream to stiff peaks without making a mess. The top performing stand mixers did all of those tasks consistently well and without those worrying audio cues.

It was absolutely no surprise to me that this was the top performing stand mixer across the board. KitchenAid is a consistently top-rated stalwart in the industry, beloved by home cooks and pros alike. My mom got this model 18 years ago, and it’s still going strong without need of repairs or replacement, despite regular to heavy use (especially whenever I go visit and bake her favorites because I’m the best son).

The fresh new test model performed well across all four tests. It never struggled against the dough and barely shuffled across the counter when I left it kneading on high for 10 minutes, though it did get just a little warm to the touch by the end of the kneading time, but not enough to be a concern. It also made quick work of heavy cream and egg whites without making a big mess. It’s a superb machine, through and through, especially for the price.

This is a tilt-head style mixer, which means the motor casing is on a hinge that you can lock in place during mixing and unlock when it’s time to remove the attachment. For me, personally, the bowl is a bit small for my usual batch of cookie dough, but that’s only because I make enough to freeze and bake for our household to last a few months. If, like me, you need a little more room for bigger projects, there are some great options in the KitchenAid family, or you can go for my Best Upgrade pick below. KitchenAid also offers the largest selection of colors of any brand, so you can match your new workhorse to your kitchen’s aesthetic.

This mixer had one of my favorite features: A series of suction cups on the base to keep it stable and secured to the counter. Since it was the only mixer with this feature, I did some additional tests to see what else it would stick to. It adhered beautifully to laminate countertops, marble and granite surfaces, and my oversized maple butcher block. It stayed secure through every test, only shaking itself loose when I ran it at full power during the bread kneading test. After some trial and error, I found that it would stay secure and still do a good job of kneading in the allotted time when set to seven, which was ideal. Like the winning KitchenAid model, this is a tilt-head style mixer. The housing for the motor is plastic, which is fine, though not as nice as the solid metal construction of the KitchenAid, and I found for most tasks I had to use higher power settings than recipes recommended. At almost half the price of my Best Overall pick, though, this is an outstanding value.

What an absolute beast of a machine. The 7-qt capacity is a dream for those enormous batches of cookies I make, but also great for doing double-batches of bread. The whisk attachment had the most wires out of any of the models, which seemed to help with the egg white and heavy cream tests. The base is super wide and flat, so the machine stayed completely stable on every test, and the motor was the quietest of all models tested despite being the most powerful. The outer casing is brushed stainless steel, which gives the machine an elegant, professional look that’s still easy to clean. I was surprised to see that this model doesn’t have a tilt-head top, or a bowl-lifting leather, but actually uses a spiral track built into the base so you can spin the bowl in one direction to lower it, and the opposite direction to raise it. While other models use a small metal flap to cover the accessory port, which tends to rattle at higher power settings, Wolf uses a thoughtful magnetic locking cover. You can also switch out the power knob—a dark red knob comes already attached, but Wolf sends a black knob and metallic silver knob in the box so you can swap it out. At $1,000 at the time of publication, this is the most expensive model I tested, but it looks and feels worth the cost, especially given how well it performed in all of the tests.

I have a big soft spot for SMEG’s commitment to their retro aesthetic, but that’s not the only reason their stand mixer made it to the top. This pretty face actually performed really well, even compared to the Best Overall pick. Its all-metal construction gives it enough weight and stability to keep it from moving too much, even during the more stressful bread and cookie tests. It comes in several colors across two styles, solid and two-tone, with the latter featuring a silver base and a variety of colors for the motor head casing. This mixer comes with two paddle attachments, one standard, and one with flexible edges, which is helpful for wetter mixes, like cake and brownie batter. This machine also had the longest chute on the splash guard, which made it so much easier to pour ingredients into the bowl. I almost never use those splash guards on anything I make because I just find them inconvenient and in the way, but the SMEG model almost converted me. It’s not that much more expensive than the KitchenAid Artisan 5-qt, so if this is your aesthetic, it’s well worth the investment.

This is the KitchenAid I have in my home kitchen, and I absolutely love it. It has a more powerful motor than the Best Overall pick, so it usually makes shorter work of most projects, including whipping cream and egg whites. This is a bowl-lift style mixer, meaning the motor casing is stationary and you use a level to move the bowl up and down, which I personally prefer. My only real complaints about this machine after years of owning it are that it doesn’t always do the best job of whipping really small amounts of egg whites or heavy cream because the bowl is so big. After four years of consistent, heavy use, I did have to replace two of the gears in the motor because we were out of warranty, and I didn’t want to have to pay to have it repaired, but the process was simple enough, and it performs as well as it ever did before.

The next model up from the one I own, with a slightly more powerful motor and a glass mixing bowl. It performs about as well as the 600, though I do really like the aesthetic of the glass bowl over the standard metal bowls. Like the SMEG mixer, this one comes with an additional paddle attachment with flexible edges, which is a nice bonus.

A perfectly fine little machine, though it is, indeed little. That may not be a deal-breaker for some home cooks. Heck, it might even be ideal if you’re not making very big batches of anything and just want something a little smaller that takes up less counter space. It also comes with a cute handle on the top so you can lug it around with ease instead of having to awkwardly cradle it every time you move it. This machine does struggle with tougher tasks, especially in the bread dough test, and it does have a sort of cheap feel to it, especially compared to some of the higher-end machines. It doesn’t feel built to last, but it’s also the least expensive model I tested by a considerable amount at just $110 at the time of publication.

Q: What stand mixer do professional chefs use?

As I mentioned above, I have the KitchenAid Professional 600 in my home kitchen. As far as I’ve seen from fellow pros, KitchenAid seems to be the preferred brand across the board, though I’ve also seen Wolf stand mixers in test kitchens.

Q: Which brand has the most accessories?

KitchenAid, by a huge margin. I can’t speak to the quality of every accessory they make, but I’ve used the meat grinder and ice cream bowl attachments. The meat grinder is pretty great.

KitchenAid has been producing quality stand mixers for over a century, so it’s hard to argue against their quality. Two weeks of testing aside, I can also speak to the longevity of a KitchenAid mixer. My mom has owned hers for 18 years, and I’ve had mine for about seven. Both are still going strong, and I know folks with KitchenAids that are even older.

By the way, the original manufacturer of those first KitchenAid mixers in 1919?