We food writers are a quarrelsome bunch, but if we can agree on one thing, it’s that it has been an unbelievably good year for cookbooks. Not only were we graced with new cooking bibles such as The British Cookbook and Ballymaloe Desserts (plus the 30th anniversary edition of Marcella Hazan’s Essentials of Classic Italian Cooking)—we also got an intimate look inside the kitchens of some of our favorite culinary golden boys, Eric Kim, Kwame Onwuachi, and Andy Baraghani. Thanks to The Vegan Chinese Kitchen and Salad Freak, our pantries are now brimming with scallion oil and chili crisp, respectively. And with the help of the haute-stoner cookbook everybody’s talking about, we’ve also upped our biscuit game like nobody’s business.

With so many enticing new titles to choose from, finding the right book to gift your food-obsessed friends and relatives can be daunting. That’s why we’re sharing our ultimate picks for the 14 best cookbooks to gift in 2022. 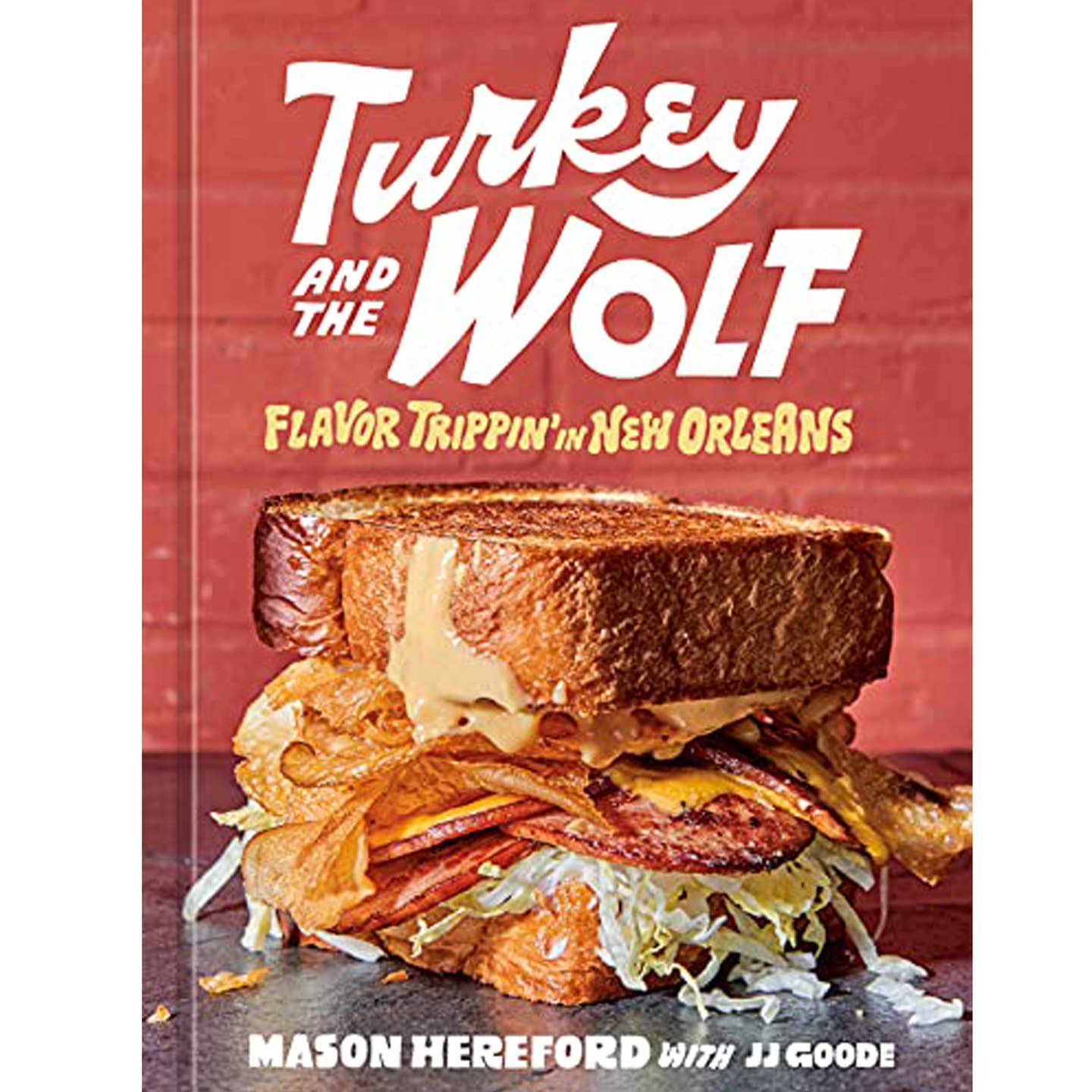 Turkey and the WolfSHOP NOW

Featured on the cover of Turkey and the Wolf—the hotly anticipated cookbook by New Orleans wunderkind Mason Hereford—is a big, honkin’ sandwich stacked with potato chips, American cheese, “shrettuce” (Hereford’s term for shredded lettuce—take it up with him), and thick-cut bologna fried to singed, crackly perfection. If that image doesn’t lure you into buying a copy immediately, consider the book’s other, equally appealing dishes you didn’t know you were missing: collards and grits with salsa macha, leftover fried chicken salad, “Mom’s famous” burnt tomatoes, and umpteen other riffs on Southern comfort food. 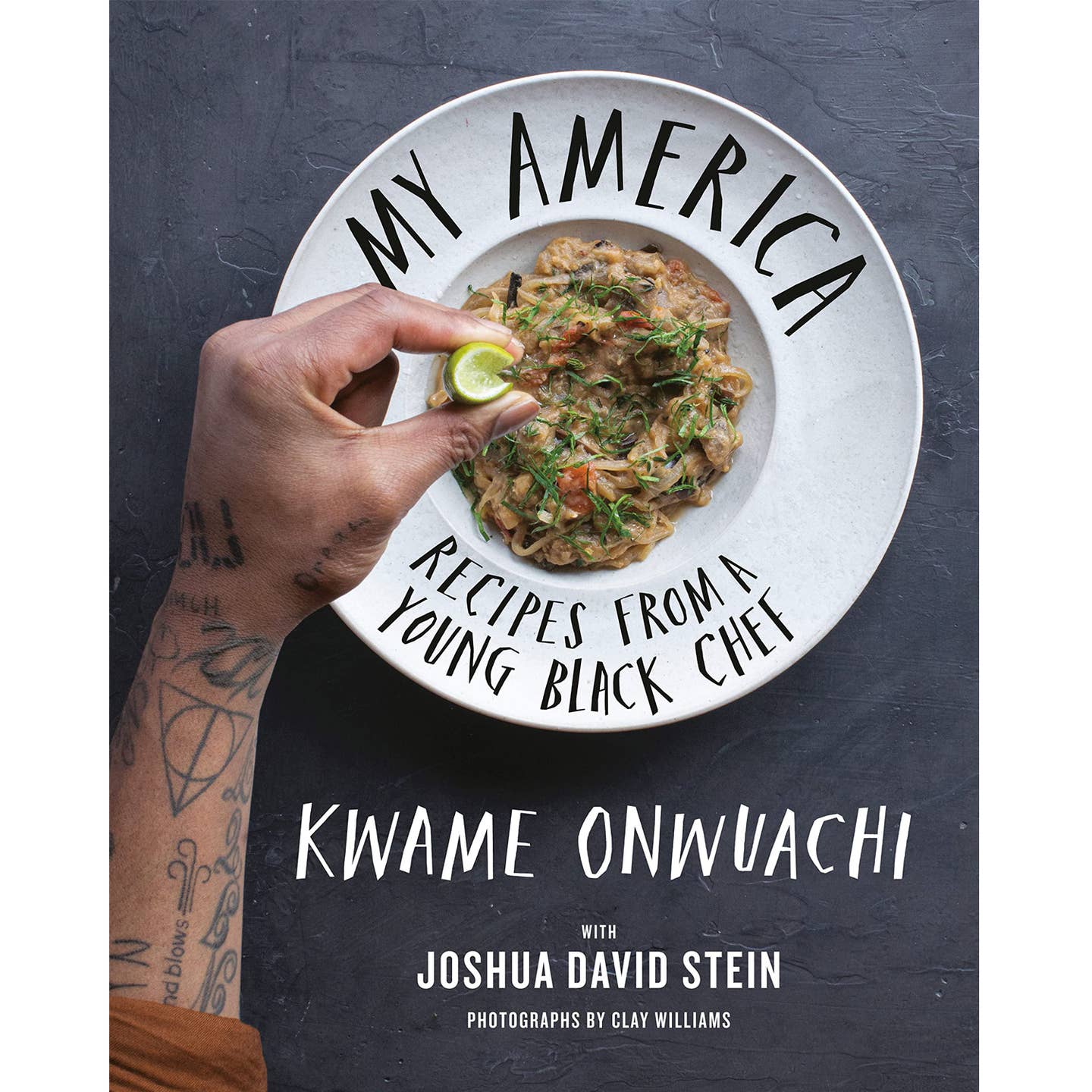 My America: Recipes from a Young Black ChefSHOP NOW

If Kwame Onwuachi’s name sounds familiar, maybe that’s because he was a Top Chef contestant in 2015. Or perhaps you watched him whip up a crawfish boil on Late Night With Seth Meyers or have spied his name on the spine of his award-winning novel, Notes From a Young Black Chef. Now, with the release of My America, you can cook the dishes that set Onwuachi on his path to celebrity chefdom. From Southern staples like chicken and waffles and baby back ribs to Nigerian jollof rice and Jamaican curry goat, the recipes in this book celebrate the richness and complexity of Black foodways. 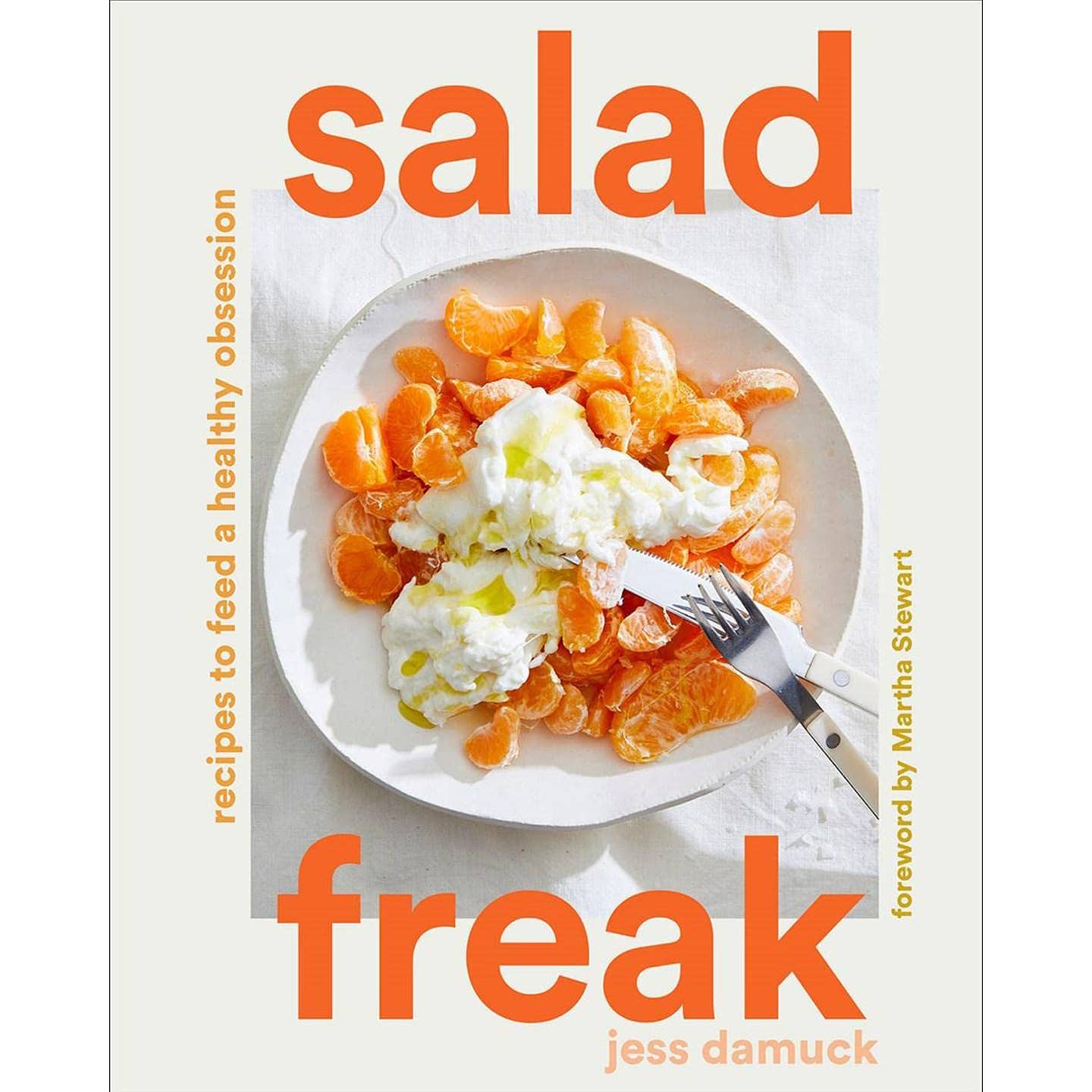 The most potent antidote to the “sad desk salad” might be this bright, splashy cookbook by Martha Stewart Living alum Jess Damuck containing such zany, craveable recipes as Caesar salad pizza and a barbecue chicken Cobb, which is purported to be Snoop Dogg’s favorite salad. Damuck urges a meditative approach to salad-making: “Take a deep breath before you start chopping. Take another look at the spectacular colorful veins of that Swiss chard before you tear it apart. More than anything, acknowledge that you’re making an effort for yourself and maybe someone else and feel good about that.”

Whether you grew up loving or hating salad, Salad Freak is essential reading. “When I follow my own advice and slow down for a minute, you know, to wash a head of lettuce and zone out, I notice how beautiful the vegetables are. 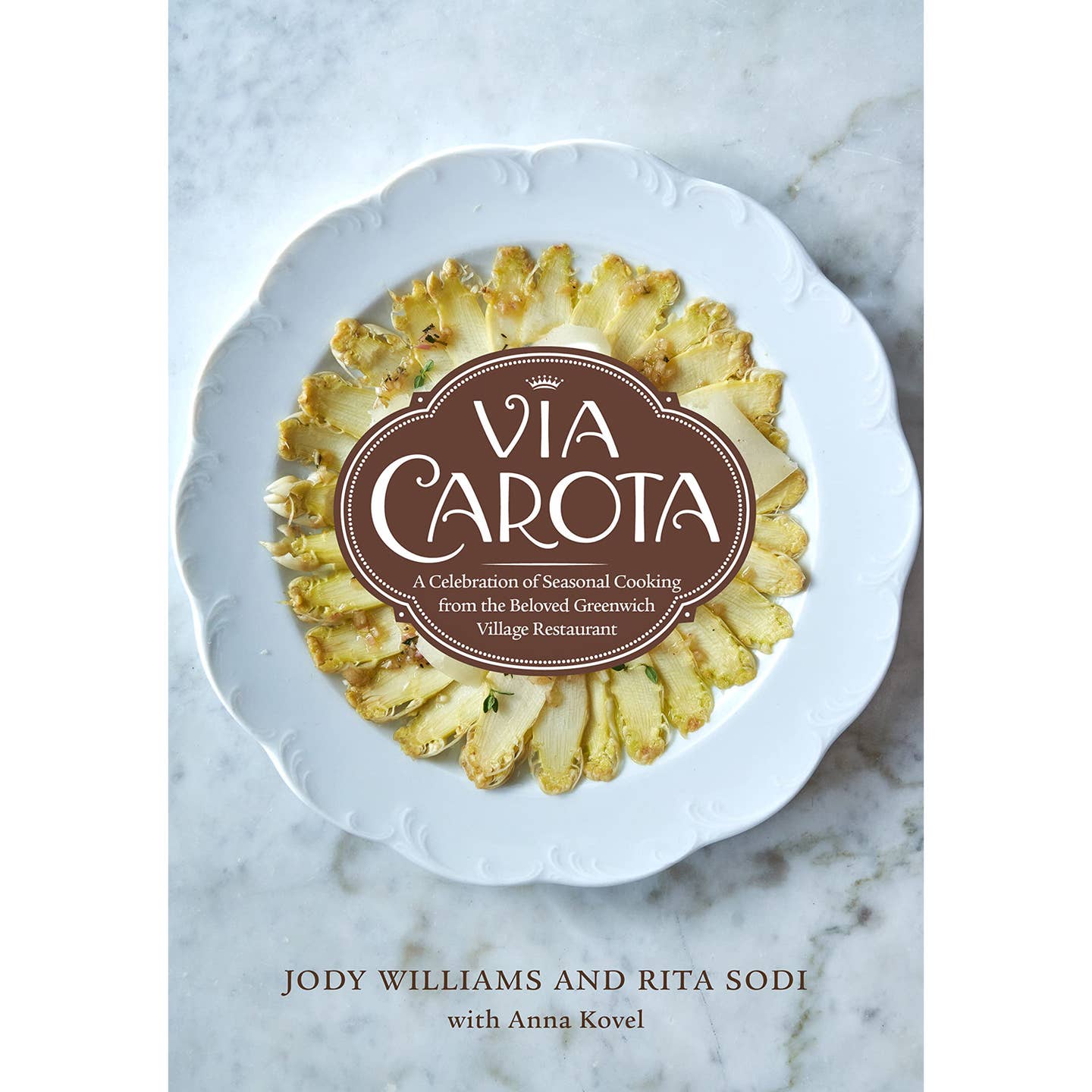 Via Carota: A Celebration of Seasonal Cooking from the Beloved Greenwich Village RestaurantSHOP NOW

From the West Village trattoria that Alice Waters calls one of her “very favorite restaurants in New York City” comes this anthology featuring its greatest culinary hits including cacio e pepe lasagna, Meyer lemon risotto, and a pillow-soft olive oil cake that comes together in minutes. The book is required reading (and cooking) for Italian food enthusiasts as well as those who pride themselves on cooking with the seasons. 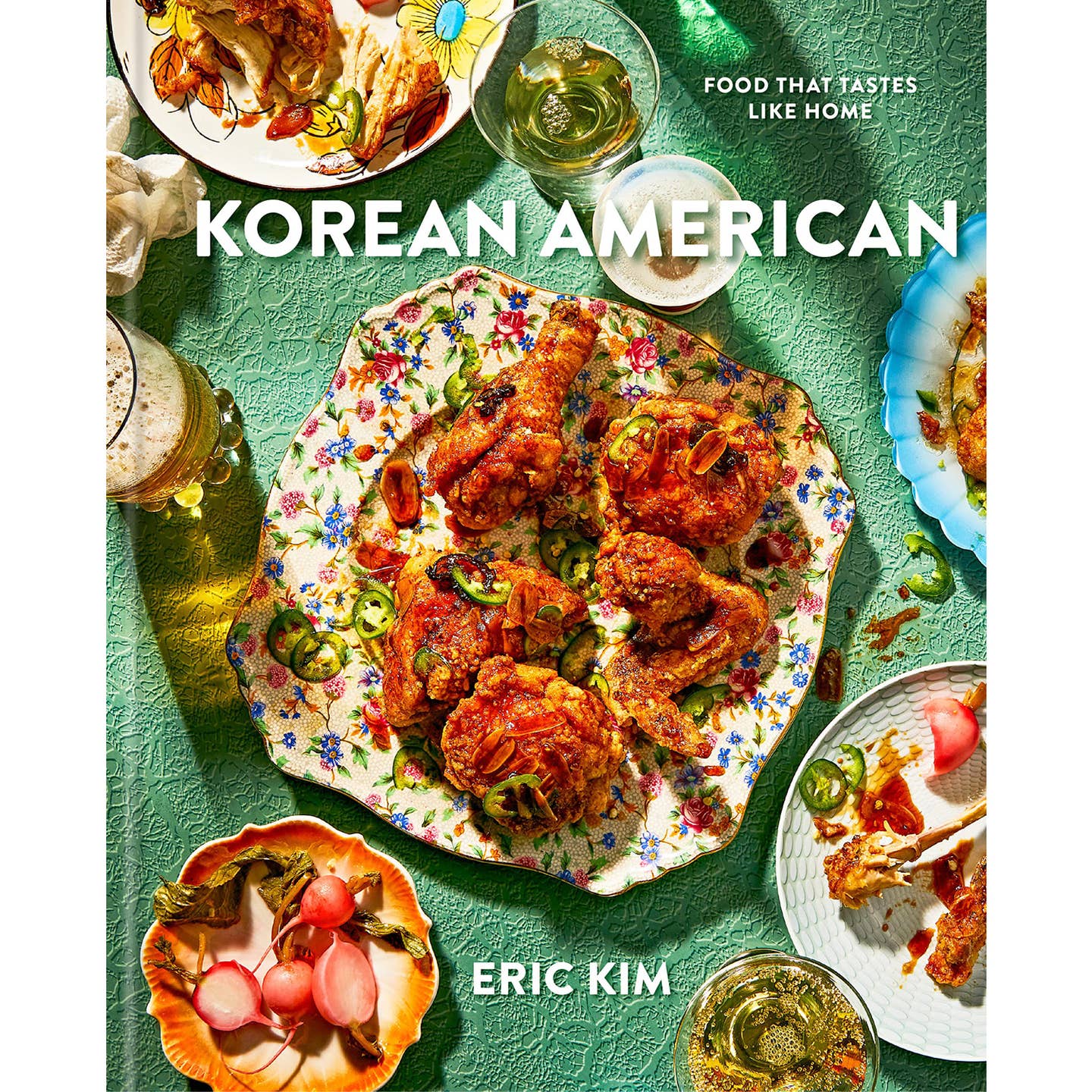 You could call Eric Kim a mama’s boy, and he’d take it as a compliment. Kim’s mother, Jean, as we learn in Korean American, not only equipped the New York Times writer with a deep understanding of Korean cooking techniques—like how to soy-marinate crab for ganjang gejang or how to quick-kimchi a garden’s-worth of vegetables—but imbued in him the freedom and creativity to create a cuisine all his own. That’s how such disparate dishes as budae jjigae, “tomato-y omelet rice,” and gochujang chocolate lava cakes found their way into a single beautifully shot volume that’s sure to get any adventurous cook’s juices flowing. 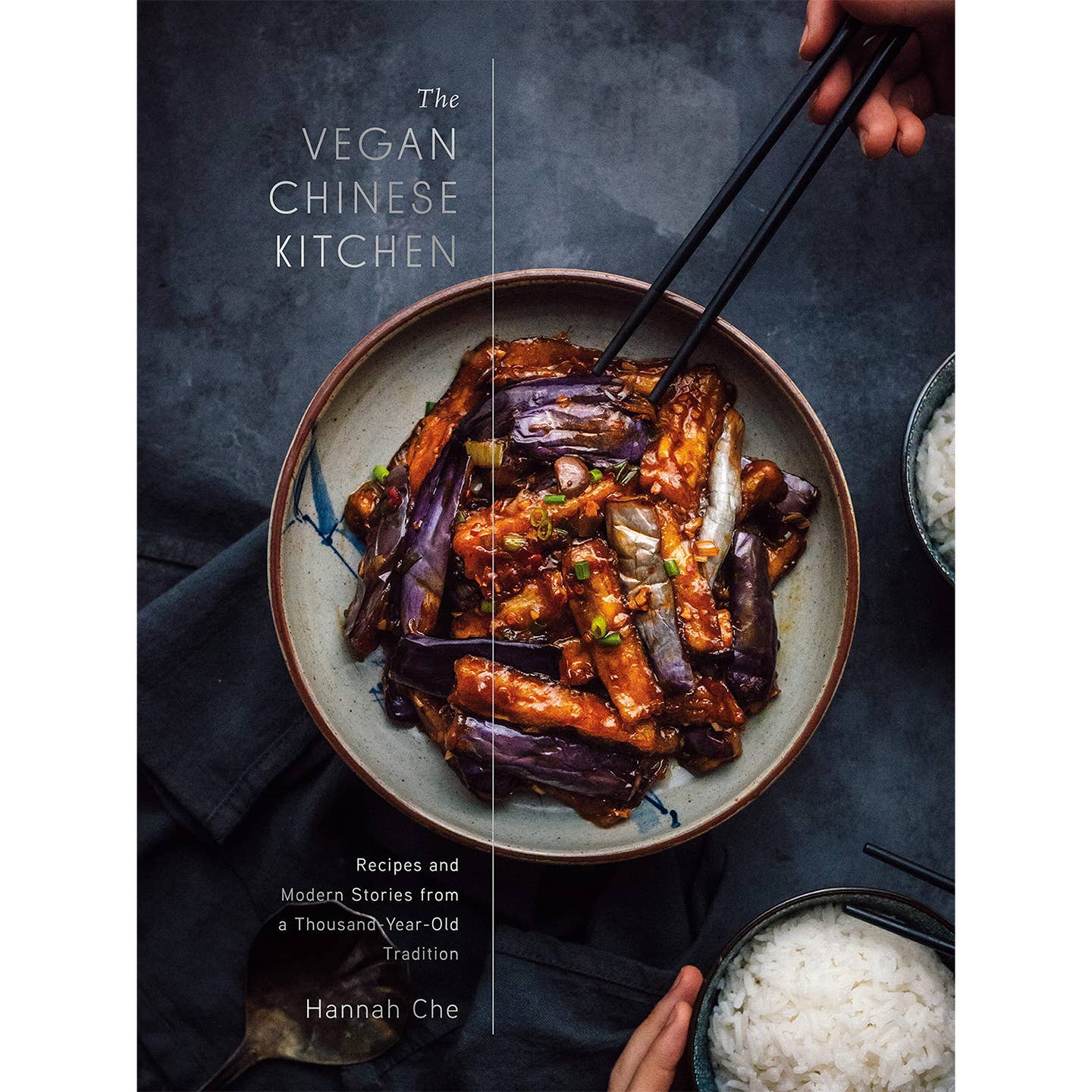 When Hannah Che set out to write about vegan Chinese cuisine, she didn’t simply collect recipes and turn them into a cookbook as is standard. She dove in headfirst, enrolling in China’s only vegetarian culinary school, crisscrossing the country to learn from master tofu makers, and spending a year cooking alongside Buddhists in Taiwan. In other words, The Vegan Chinese Kitchen is a serious, exceptionally well-researched book that gives China’s millennia-old tradition of plant-based cooking the attention it deserves. And though Che’s book is a no-brainer gift for vegans and vegetarians (and their partners), even the most voracious omnivores will find joy and satisfaction in dishes like ma la-spiced gluten skewers, sweet and sour tofu, and spicy dry-fried potato. 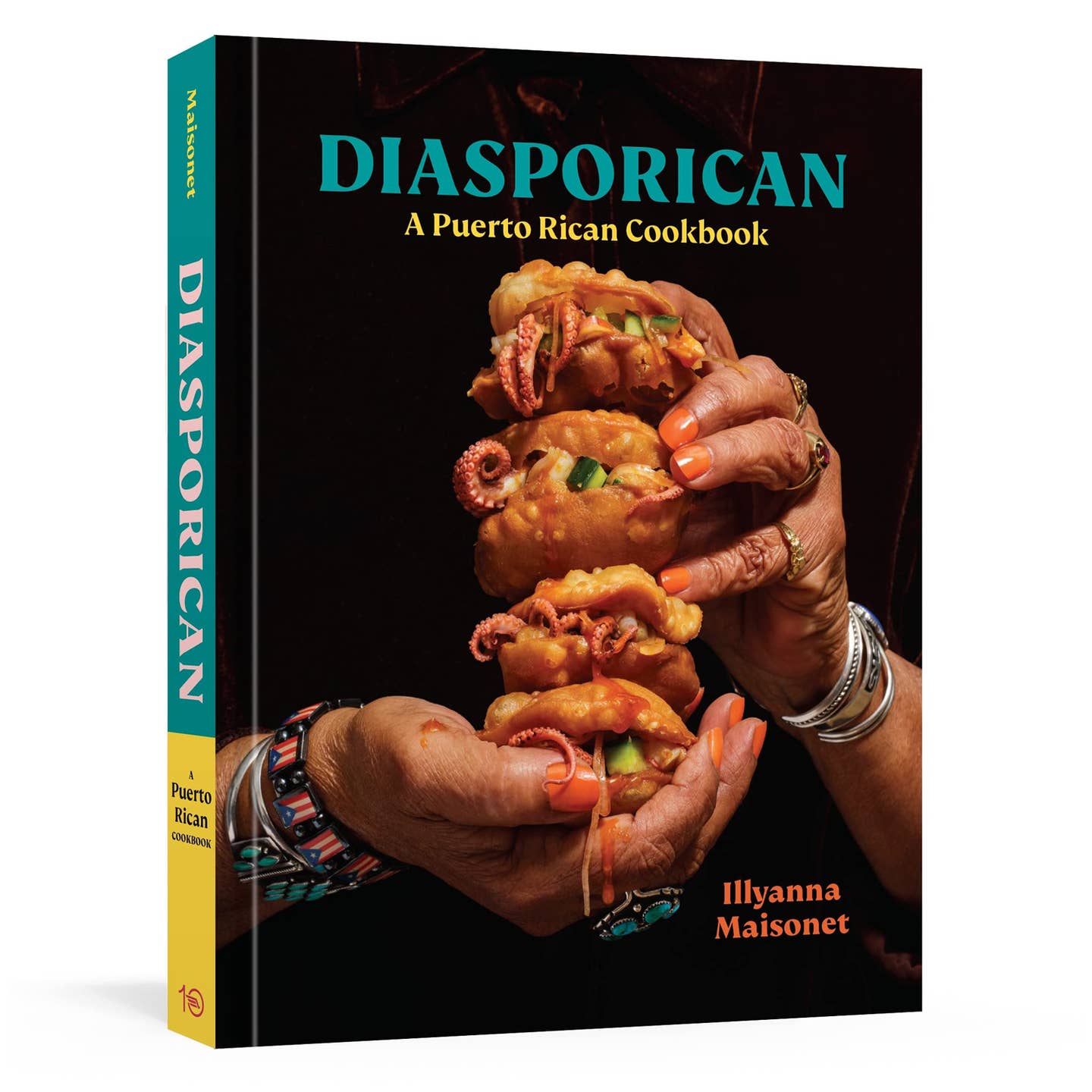 “I’m the Puerto Rican for the world—for everybody!” exclaimed Illyanna Maisonet in a recent interview about Diasporican, her just-released cookbook that traces the cuisine of that island’s diaspora in the mainland U.S. through family recipes and lore. The 90-plus dishes interspersed with vibrant color photographs include tostones (crisp-fried plantains), fall-apart pernil (roast pork), and a guava barbecue sauce that’s such a crowd-pleaser we invariably double the recipe. 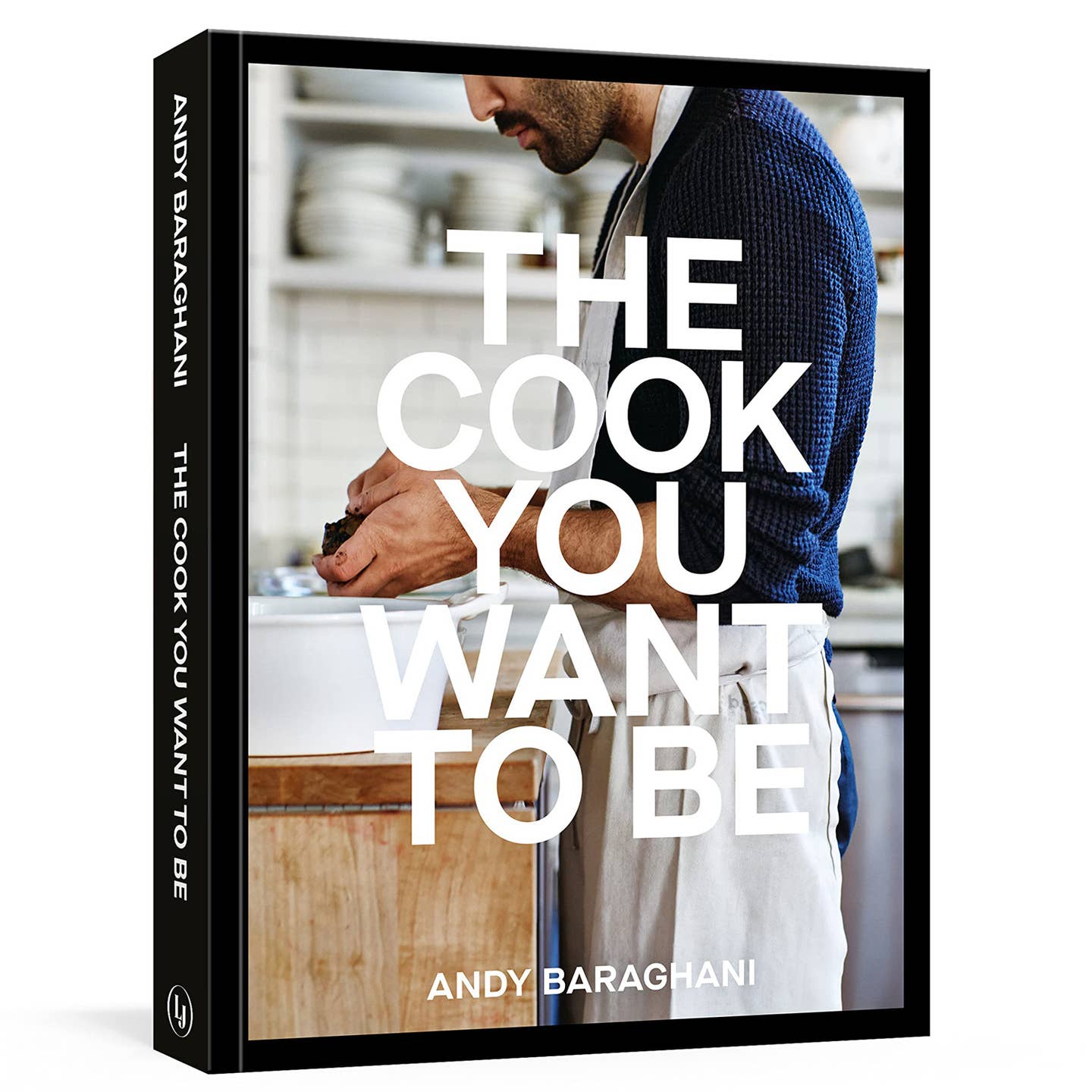 The Cook You Want to BeSHOP NOW

For the zeitgeist-conscious food lover—you know, the type who knows their chili crisp from their salsa macha and pores over the apps for cooking inspo—there may be no better cookbook than the breakout title of Andy Baraghani, former Bon Appétit test kitchen star and—true story—one-time intern at SAVEUR. In keeping with Baraghani’s polished and instantly identifiable aesthetic (spices, acid, and herbs galore!), the recipes in The Cook You Want to Be are low on fuss and huge on flavor—and represent the here and now of food. Finally, an aspirational cookbook (see: the title) that doesn’t feel out of reach. 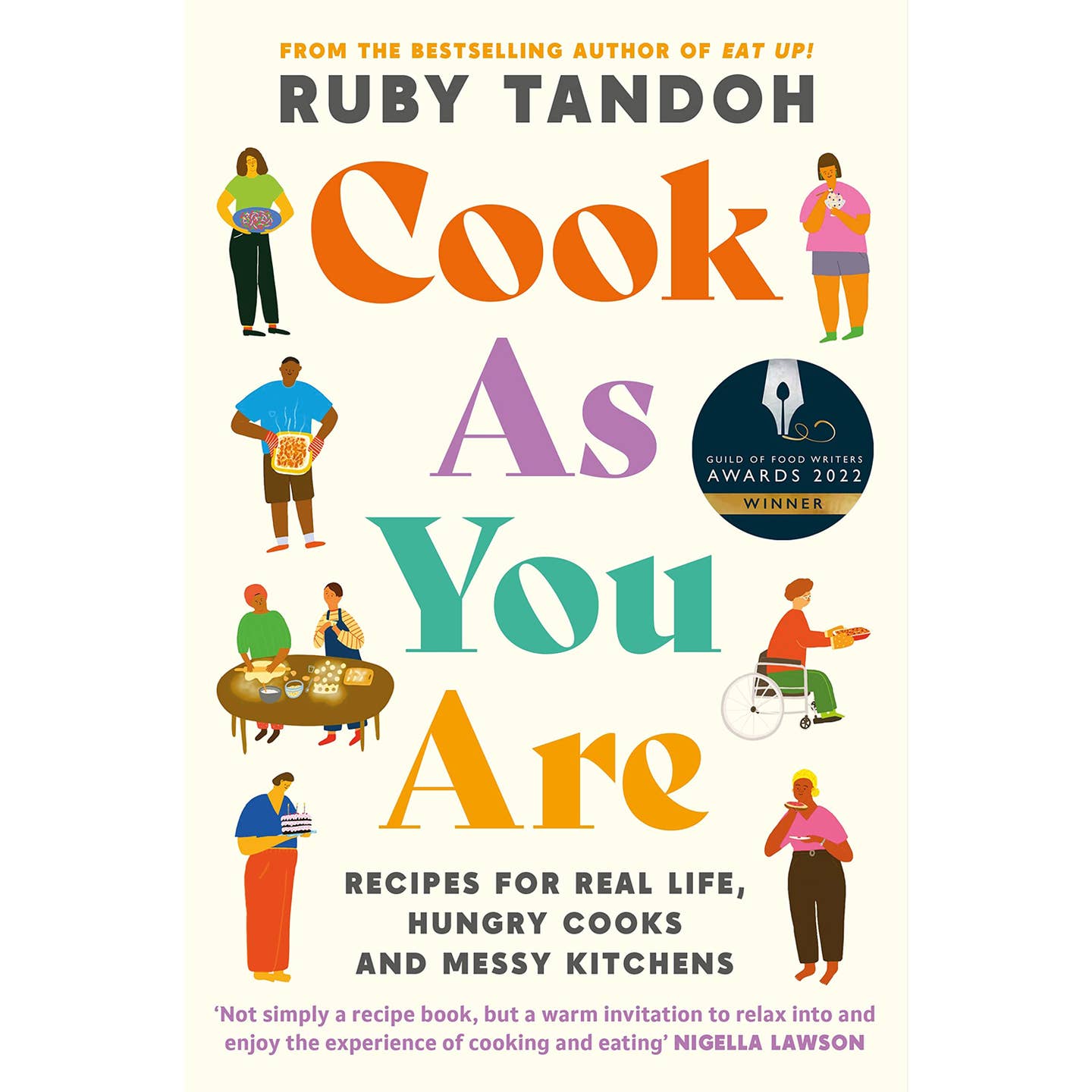 Cook as You Are: Recipes for Real Life, Hungry Cooks and Messy KitchensSHOP NOW

If you’ve ever beaten yourself up about dining out too much or not cooking enough vegetables, Ruby Tandoh wants you to give yourself a break. Her new cookbook is all about meeting cooks where they are in life—whether that means frying plantains “at 2 a.m. in your flatshare kitchen” or “getting some easy nutrition before your shift starts.” Equal parts treatise and recipe book, Cook As You Are makes a wonderful gift for thoughtful eaters wishing to free themselves from moralizing food norms, time-crunched cooks in need of easy weeknight recipes, and everyone in between. 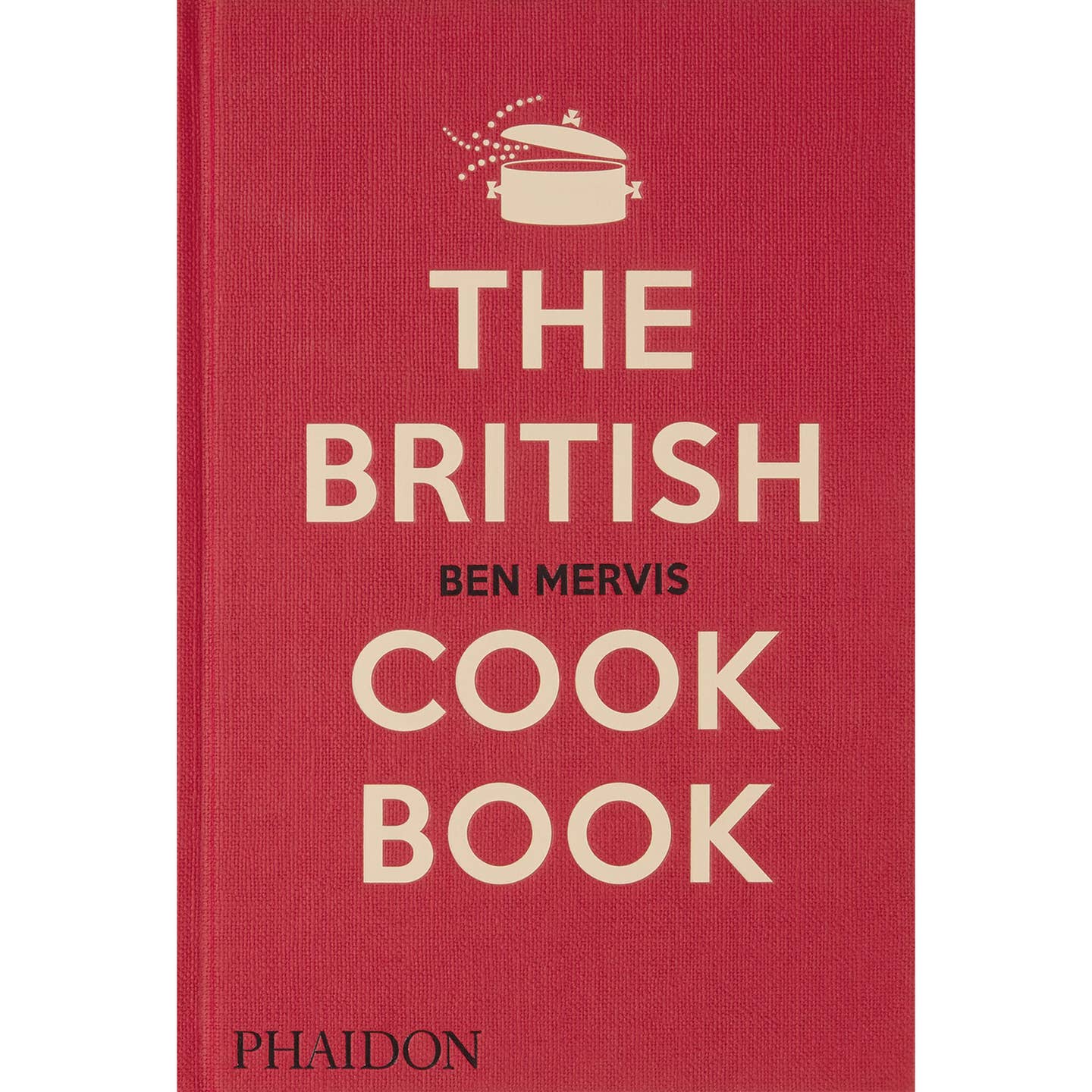 This 464-page, fire engine-red tome is a once-in-a-generation anthology containing hundreds of British recipes both familiar (crumpets, trifle, fish and chips) and more obscure (Bedfordshire clangers, a pie that’s half sweet and half savory; sowans, a fermented oat and onion porridge; and Kentish huffkins, lard-enriched bread rolls). That dishes such as prawn jalfrezi and chicken balti were included in the volume is a testament to author Ben Mervis’ view that “tradition is really just slow-reeled innovation.” 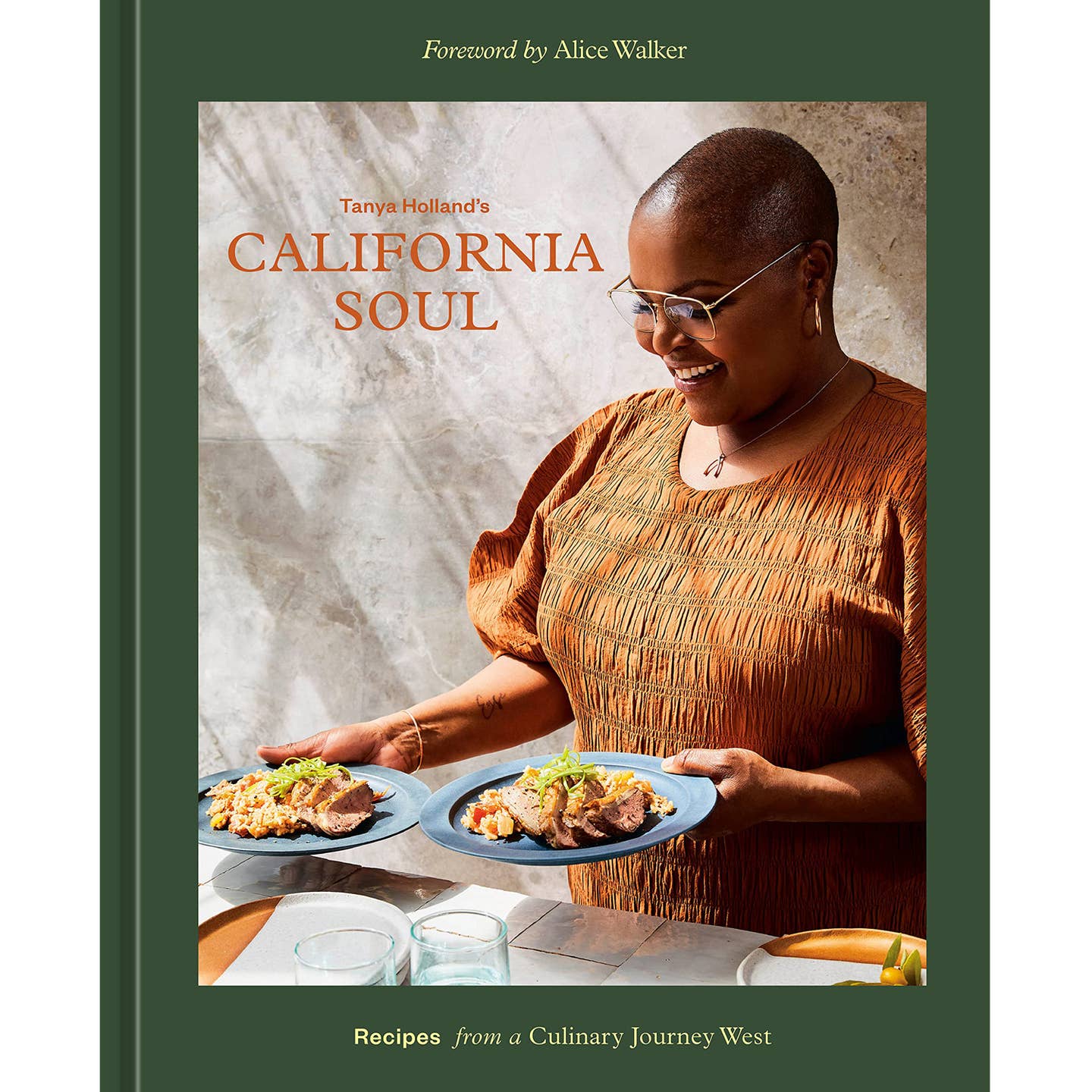 West Coast culinary eminence Tanya Holland—the chef of Brown Sugar Kitchen and host of Tanya's Kitchen Table—wrote this comfort food compendium geared toward cooks who love fresh produce. Organized by season, the recipes run the gamut from chicken liver toasts with cherries and shallots (in spring) to squash, pear, and goat cheese gratin (in fall). A fascinating throughline in California Soul charts the influence of the Great Migration—the exodus of African Americans from the South to the North between 1910 and 1970—on the Black culinary canon, and how that past continues to inform Holland’s cooking today. 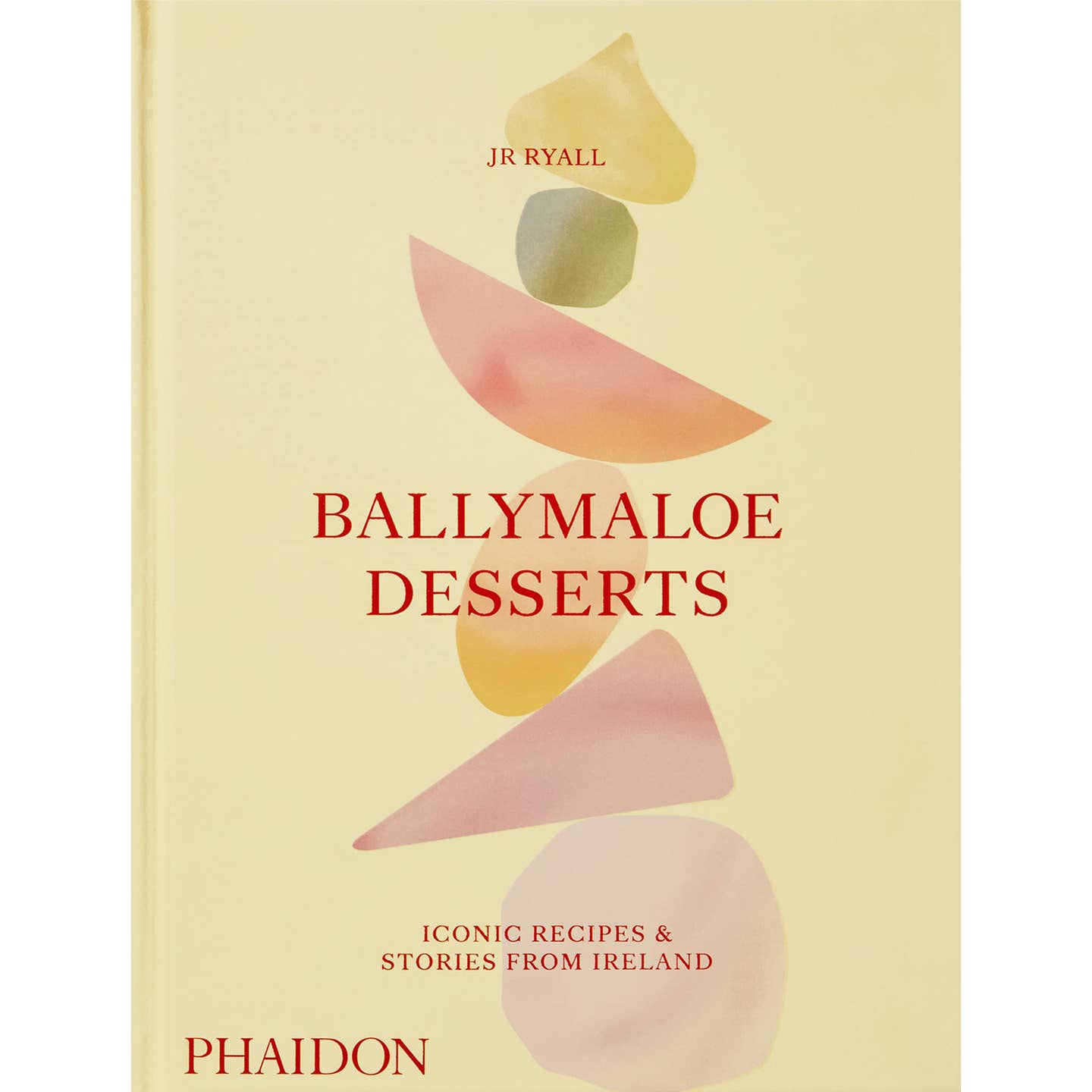 We’re fools for rhubarb fool, thanks to J.R. Ryall’s triumphant Irish baking book, Ballymaloe Desserts, which reminded us how much we love the whipped cream mousse swirled with tart, pink rhubarb purée. That recipe, and the 129 others in this cookbook, hail from Ballymaloe House, the legendary restaurant and hotel housed in an old, ivy-strewn mansion in County Cork, Ireland. Decades before the term “farm-to-table” was coined, chef Myrtle Allen was turning produce from her farm into dishes gourmets would fly in from far and wide to taste. The prolific cook and writer David Tanis, who has been visiting the estate every year for nearly a decade, wrote in the cookbook’s forward, “This is a textbook, a reference, and a thorough course in making desserts, packed with useful information.” 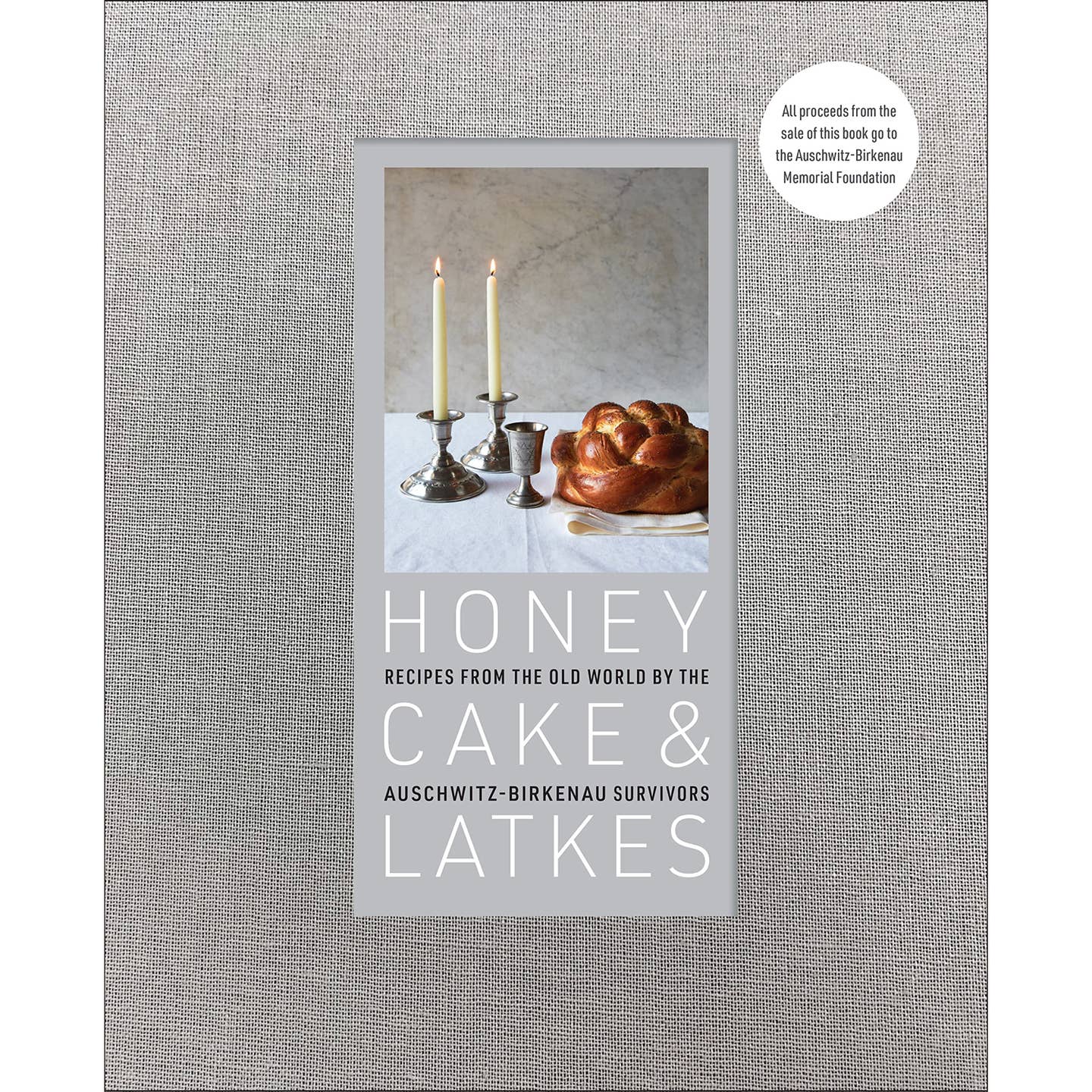 Honey Cake & Latkes: Recipes from the Old World by the Auschwitz-Birkenau SurvivorsSHOP NOW

Sure, Honey Cake & Latkes contains enough Jewish recipes to feed an oneg’s-worth of hungry mouths, but in this poignant, one-of-a-kind cookbook, the matzo balls and latkes take a backseat to the subject matter at hand: the collective legacy and triumph of the survivors of the Auschwitz-Birkenau concentration camp, whose families provided the recipes for the compilation. The cookbook is also a gift that keeps on giving, since all proceeds are donated to the Auschwitz-Birkenau Memorial Foundation. 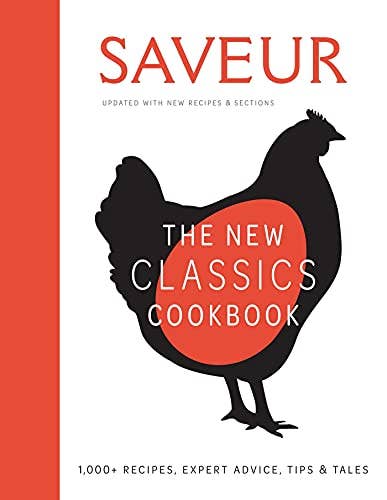 Not to toot our own horn, but if you’ve made it this far, you probably trust us when it comes to tracking down (and writing and testing… and testing again) outstanding recipes from around the globe. Enter our new soup-to-nuts compendium featuring our favorite—and most popular—dishes from more than two decades in the biz. Complete with pantry guides, sourcing tips, and more than 1,000 recipes, The New Classics is as suited to novice cooks as it is to experts looking to venture into unfamiliar cuisines. 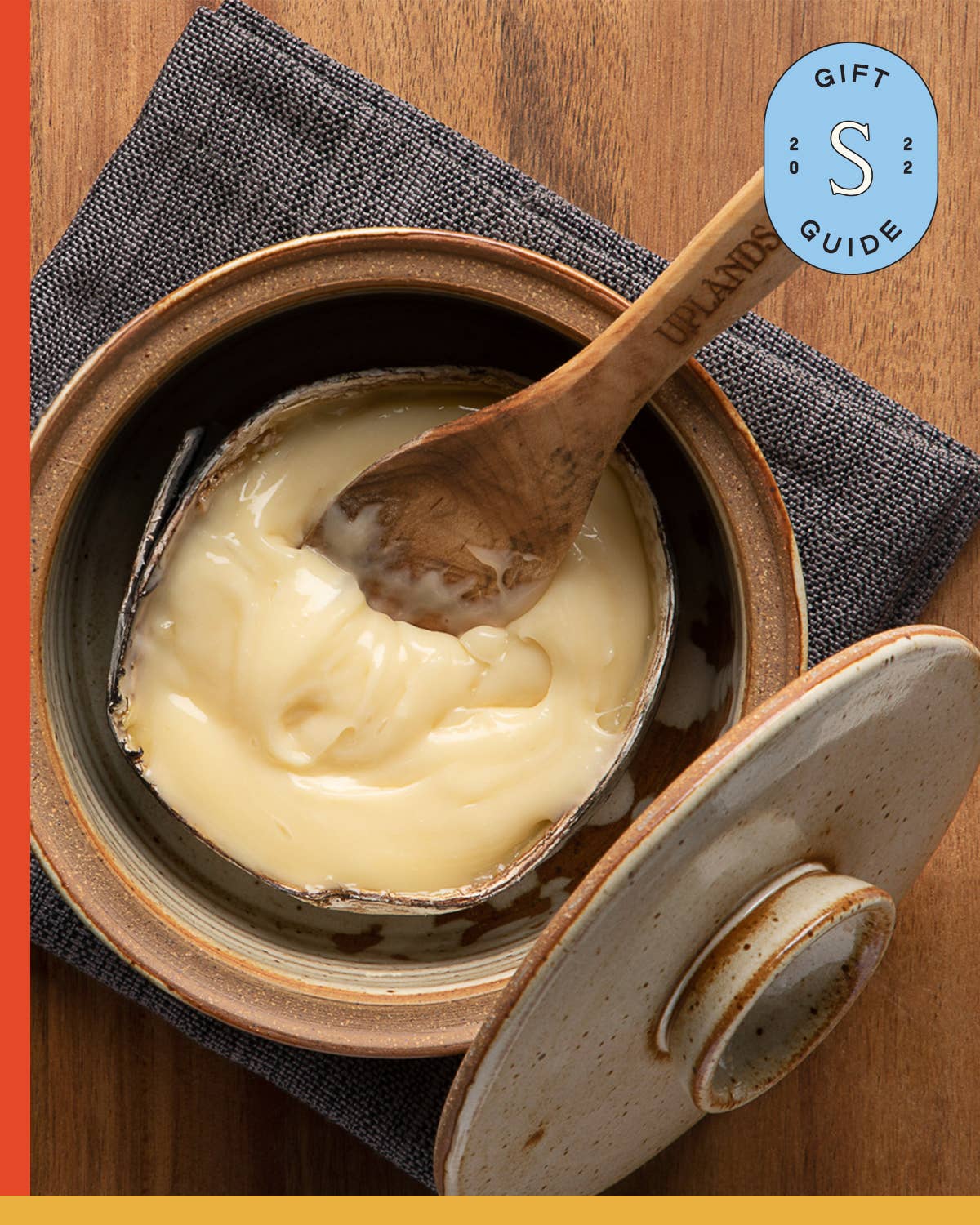