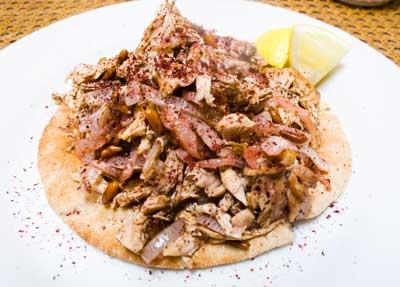 This lemony, perfumed chicken dish uses a fragrant stock to temper the acidity of lemon and sumac. It appears in the now out-of-print cookbook Seductive Flavors of the Levant.

This Middle-Eastern recipe for chicken with onions and sumac was adapted from a classic cookbook from the region.
Yield: serves 4