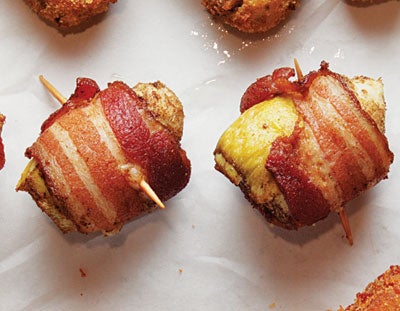 These artichoke hearts wrapped in bacon were inspired by cicheti served at Hosteria Vite Rossa in Venice’s Mestre area. This recipe first appeared in our March 2012 issue, with Dana Bowen’s story Good and Plenty.