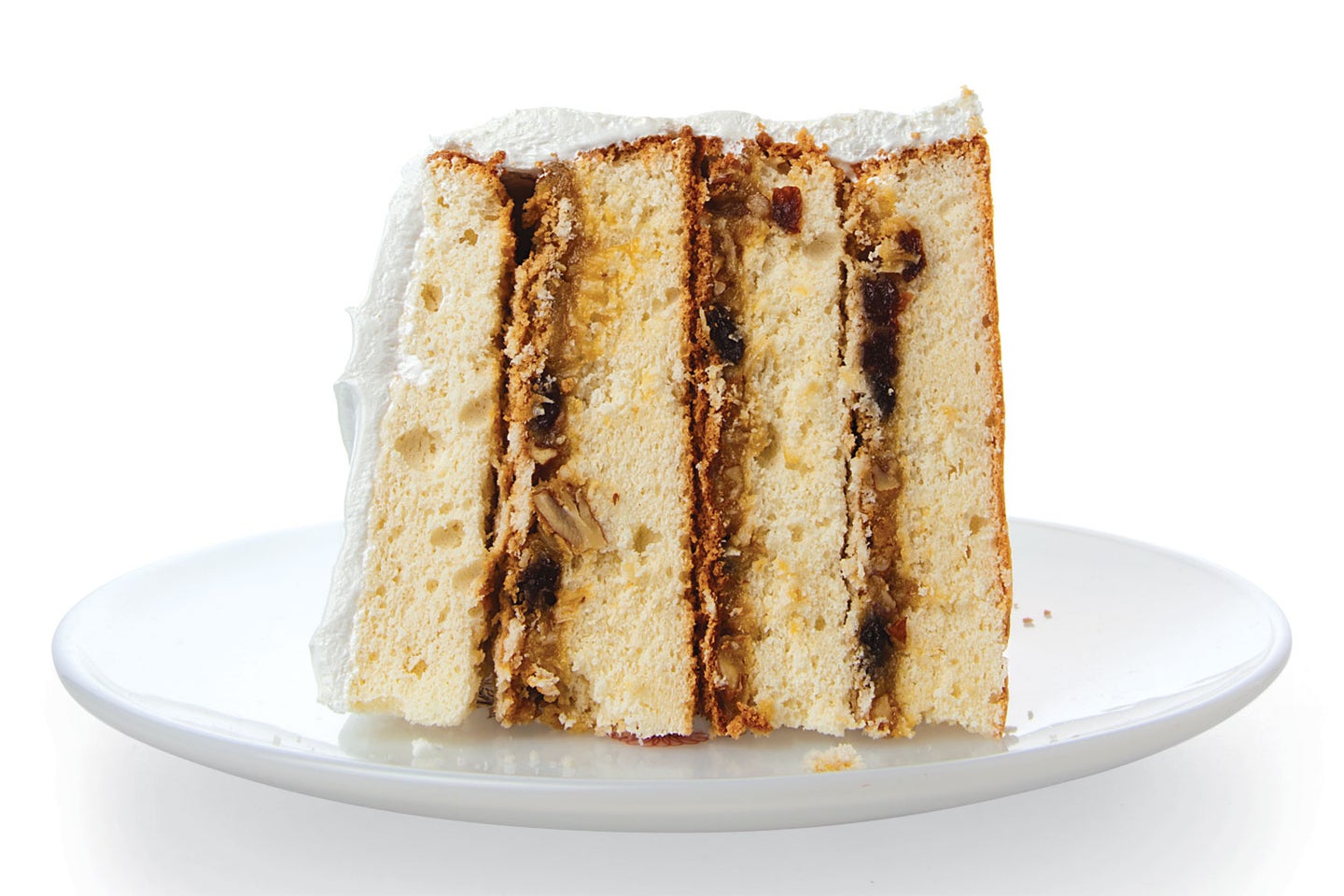 This recipe is based on one in Emma Rylander Lane's Some Good Things to Eat (self-published, 1898). Get the recipe for Lane Cake ». Todd Coleman
SHARE

The recipe for this indulgent layered cake with a bourbon-butter-raisin-coconut-pecan filling and billowy egg-white icing first appeared in Emma Rylander Lane’s self-published cookbook, Some Good Things to Eat, in 1898. It first became famous after winning top prize at a Georgia county fair, and later became an American icon after appearing in a scene in Harper Lee’s To Kill a Mockingbird. This recipe was featured in Nick Malgieri’s story Sweet And Southern.

This indulgent cake with a bourbon-butter-pecan filling and billowy egg-white icing was made famous when it appeared in Harper Lee’s To Kill a Mockingbird.
Yield: makes one four-layer 9-inch cake

For the Filling and Swiss Meringue Icing