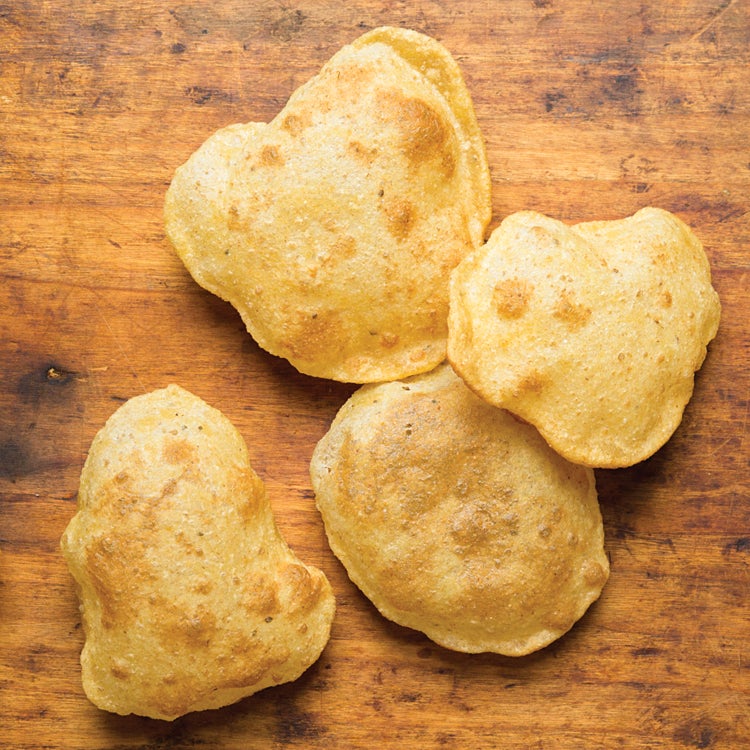 Like chapati, puri is made from a simple durum wheat flour dough. But this flatbread incorporates ajwain seeds, which lend a lightly herbal, floral flavor, and is deep-fried in hot oil. It’s often eaten at breakfast or as a snack. This recipe, from cookbook author Smita Chandra, first appeared in the tablet edition of our August/September 2014 special India issue. See a step-by-step guide to making puri »

This puffed, deep-fried Indian bread flavored with ajwain seeds is often eaten at breakfast or as a snack.
Yield: makes 18