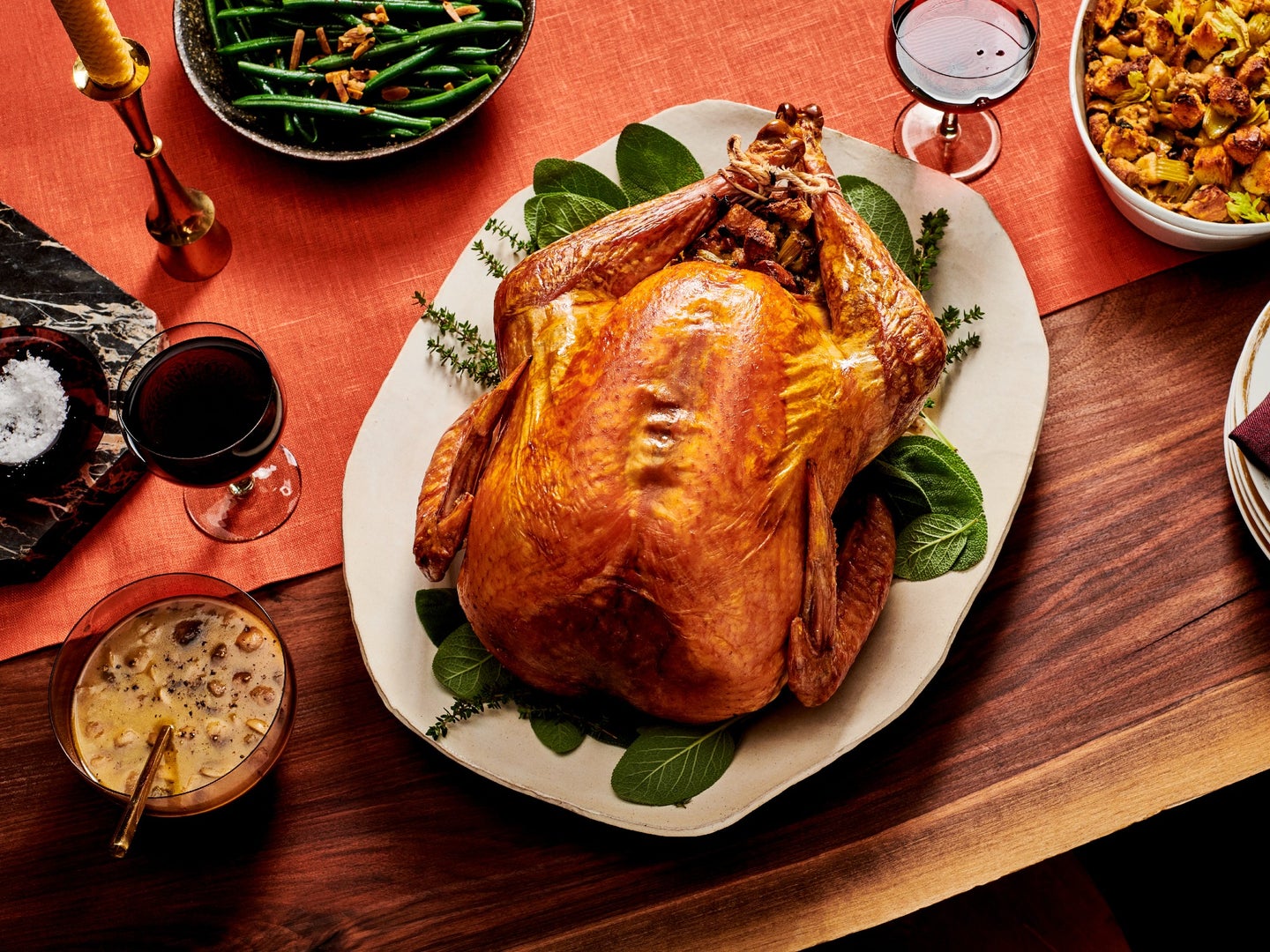 In this crispy-skinned Thanksgiving turkey recipe from chef and cookbook author Mary Sue Milliken, celery root (also known as celeriac) lends earthy dimension to the cozy classic stuffing. Reserve the bird’s giblets and neck for making your own stock, which can be used in Milliken’s rich white wine and mushroom gravy. Do not be tempted to stuff the bird or even to make the stuffing in advance—if the bird goes into the oven packed with cold-from-the-fridge stuffing, it will take much longer to cook.

Featured in: “State of Grace.”