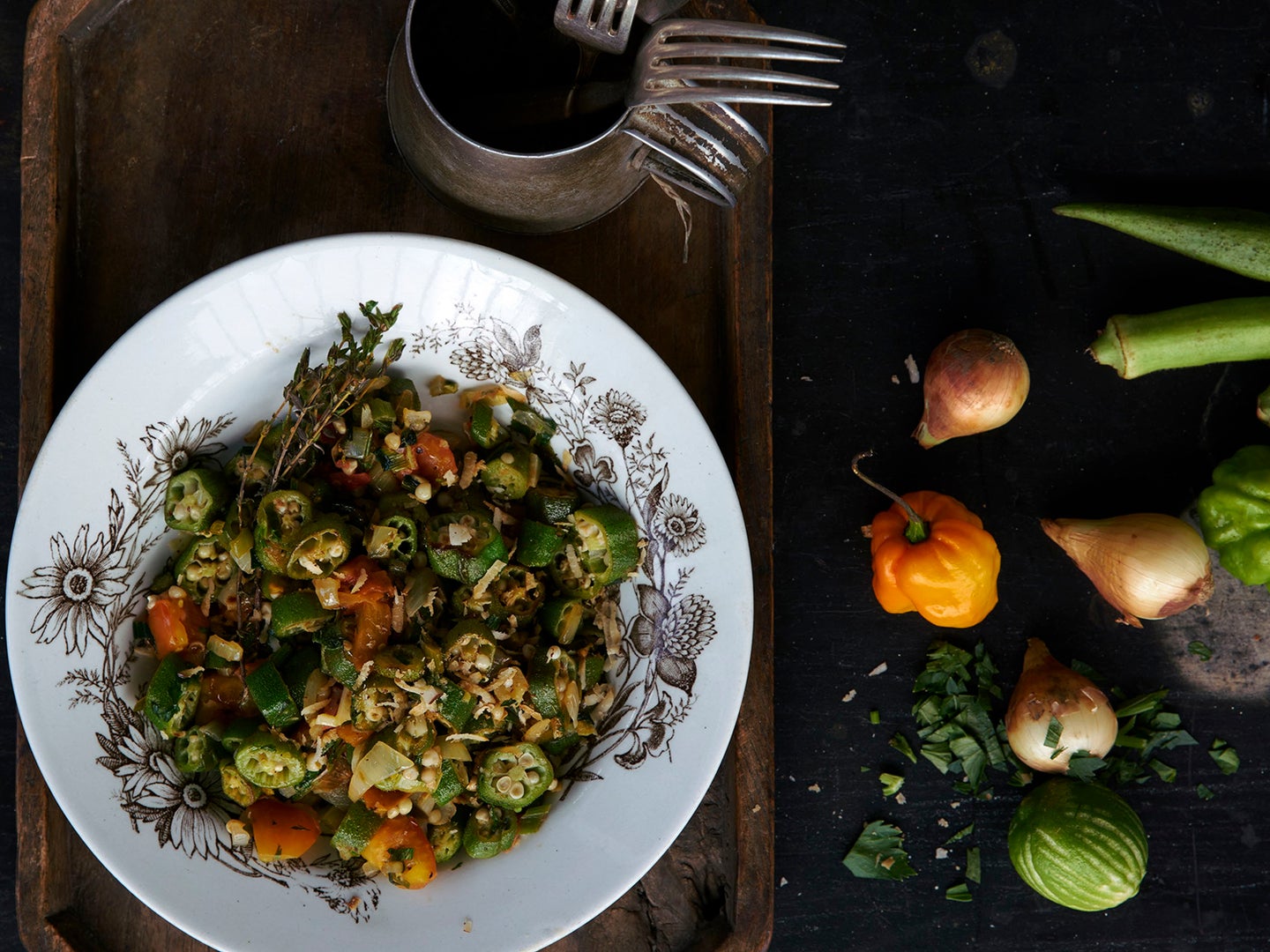 Northern Indian bhindi masala—a dish of sautéed okra and tomatoes—gets a West Indian spin with the addition of Scotch bonnet chile, coconut flakes, lime juice, and cilantro. This recipe is adapted from Provisions: The Roots of Caribbean Cooking by Michelle and Suzanne Rousseau.

Featured in: “Provisions” Is an Ode to the Remarkable Women Behind Caribbean Cuisine

In this West Indian version of the northern Indian dish bhindi masala, okra is sautéed in batches in coconut oil with garlic, ginger, and Scotch bonnet chile, then simmered with tomatoes and cilantro. Finish with lime juice and coconut flakes for a superlative side dish. This recipe is adapted from Provisions: The Roots of Caribbean Cooking by Michelle and Suzanne Rousseau.
Yield: serves 6
Time: 50 minutes