I Used to Be a Baker, and This Is the Only Bread I Miss Baking 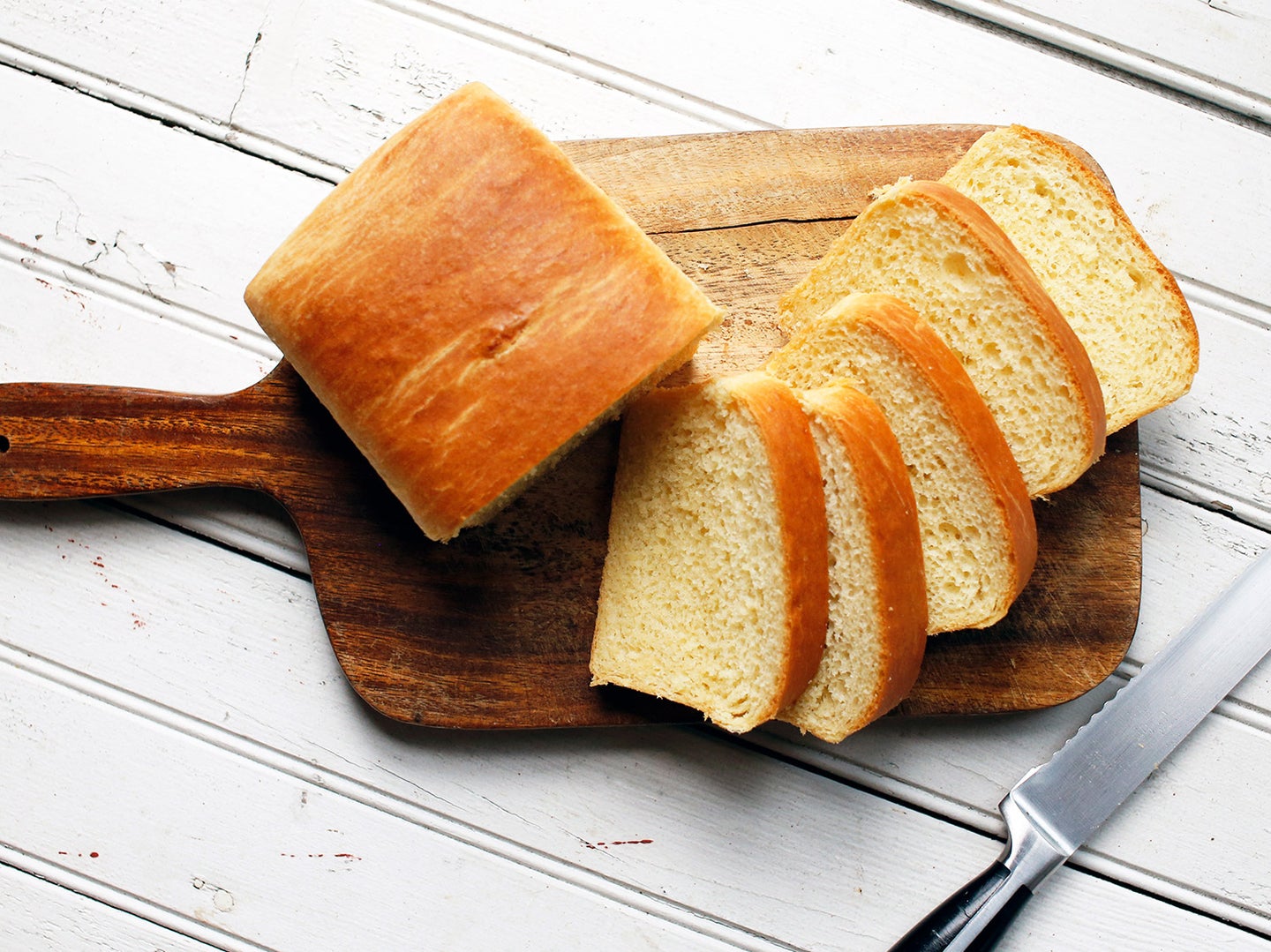 A slice of this rich, eggy bread straight out of the oven is transcendent. Get the recipe for Brioche ». Thomas Payne
SHARE

Before I became SAVEUR’s test kitchen manager, I baked professionally for years, first as a pastry chef, later as a bread baker. And while I rarely miss the strange hours, persistent floury cough, and largely basement-dwelling existence, there are a few things from that time in my life that I remember fondly. Tarte tatin for breakfast. Riding my bike home to Harlem after my overnight baking shift at Per Se, as the sun rose over Central Park. The sound of a batch of hot baguettes, crusts crackling with steam. The shattery outer shell and silken, buttery interior of an oven-hot croissant. And watching, hypnotized, as a shaggy mess of flour and eggs transformed into silky, golden brioche dough.

For fresh summer flavor, add sweet corn, sharp cheddar, and chopped cilantro to your brioche dough. Get the recipe for Brioche Buns with Sweet Corn, Cheddar, and Cilantro » Kat Craddock

Truthfully, it is not practical to make most types of bread at home. Crusty rustic loaves can take days to create, and unless scheduled into a professional bakery’s daily rhythm, the time and effort involved in making a loaf or two just doesn’t make sense—particularly for the average busy family with a decent neighborhood bakery nearby.

Brioche, however, is well worth the effort. The process is inevitably sensual—even using a stand mixer (which I encourage you to do), one can’t help but interact with the dough as it evolves from a sticky batter to a smooth, glossy putty. At that point, its elastic stage, the dough is ready to swallow up more butter than one would think possible. On paper, the dough should be practically pourable, and yet, with a gluten structure so well developed it could support a small footbridge, it somehow isn’t. Mixed properly, brioche dough cleans the sides of its own bowl and clings to the paddle of the mixer.

Sliced, the buttery, pillowy brioche can be enjoyed simply with butter and marmalade—a perfect breakfast or snack for any time of day. Kat Craddock

For an exhaustive guide on making and using brioche dough at home, there’s no one better to consult than bakers Paul Allam and David McGuinness. The chefs at the head of Sydney’s celebrated Bourke Street Bakery have made a name for themselves by turning out crispy sourdough loaves, cozy sweets, and savory Australian-style hand pies, the likes of which Aussies have been queueing up around the block for since 2004. Brooklyn-based cookbook author and Australian expat Hetty McKinnon waxes nostalgic about BSB (so called by area locals): “For a decade, we lived around the corner from their original bakery, on Bourke Street in Surry Hills. In Sydney, they really changed the definition of bread—suddenly, fresh sourdough became our everyday norm.” Bourke Street’s sweet and savory options are equally beloved, and their inspired viennoiseries—the category of baking that falls midway between bread and pastry: think danishes, croissants, and brioche—is executed with finesse and whimsy.

Allam and McGuinness suggest using their master brioche dough for sweet pizzas: roll the the cold dough out onto a sheet of parchment, proof until fluffy, then dimple all over with your fingers. Top with a mixture of ricotta and pastry cream, and whatever gorgeous fresh fruit you have on hand before baking on a preheated pizza stone. Thomas Payne

The Bourke Street Bakery cookbook, which focuses exclusively on the bakery’s sweets, includes six different brioche variations that, mercifully, don’t require an obsessively maintained sourdough starter. But Allam (originally the savory half of the Bourke Street team) agrees with me that one ought not leave this versatile dough to the realm of pastry alone.

For perfect canapé cups, roll chilled brioche out just like pie dough, press into tart rings or muffin tins, and blind-bake until crispy. We filled ours with duck liver mousse and finished with a drizzle of lemon agrumato and a pinch of chopped chives. Thomas Payne

The mother dough moves easily between sweet and savory, making as much sense braided into an Italian-style Easter loaf or fried into BSB’s sugared chocolate donuts as it does blind-baked in tiny retro tart tins and filled with duck liver mousse. “Brioche is one of those things that can work beautifully on both sides of a main meal. It is perfect with pâté and crudité to begin with and devastatingly decadent to end a meal as a sweet treat too,” says Allam.

Once mixed, brioche dough can be fermented and baked like any bread, though professional bakers typically chill it overnight in the fridge. The buttery dough firms up while it ferments, making it easier to shape into any number of sweet or savory treats. The rich dough requires none of those steam-hacking tricks necessary for crispy baguettes and pain de campagne; baked in an ordinary oven, it forms a tender, matte crust on its own; for more richness or shine, a bit of cream or egg wash can be brushed over the surface before baking.

Allam recommends mixings savory ingredients into the brioche dough before baking. “As we do not change the dough, it is good to pick flavors that are a little salty or sour to challenge the inherent sweetness of the dough,” he says. We loved his suggestions of chorizo and Parmesan, as well as sautéed shallots, preserved lemon, and black pepper. Get the recipe for Pull-Apart Bread with Chorizo and Parmesan » Thomas Payne

Today, Allam is gearing up to open the first Bourke Street Bakery in the U.S., in New York. But if you want to bring a bit of the of the bakeshop into your own kitchen, Bourke Street’s straightforward brioche recipe is a great place to start.