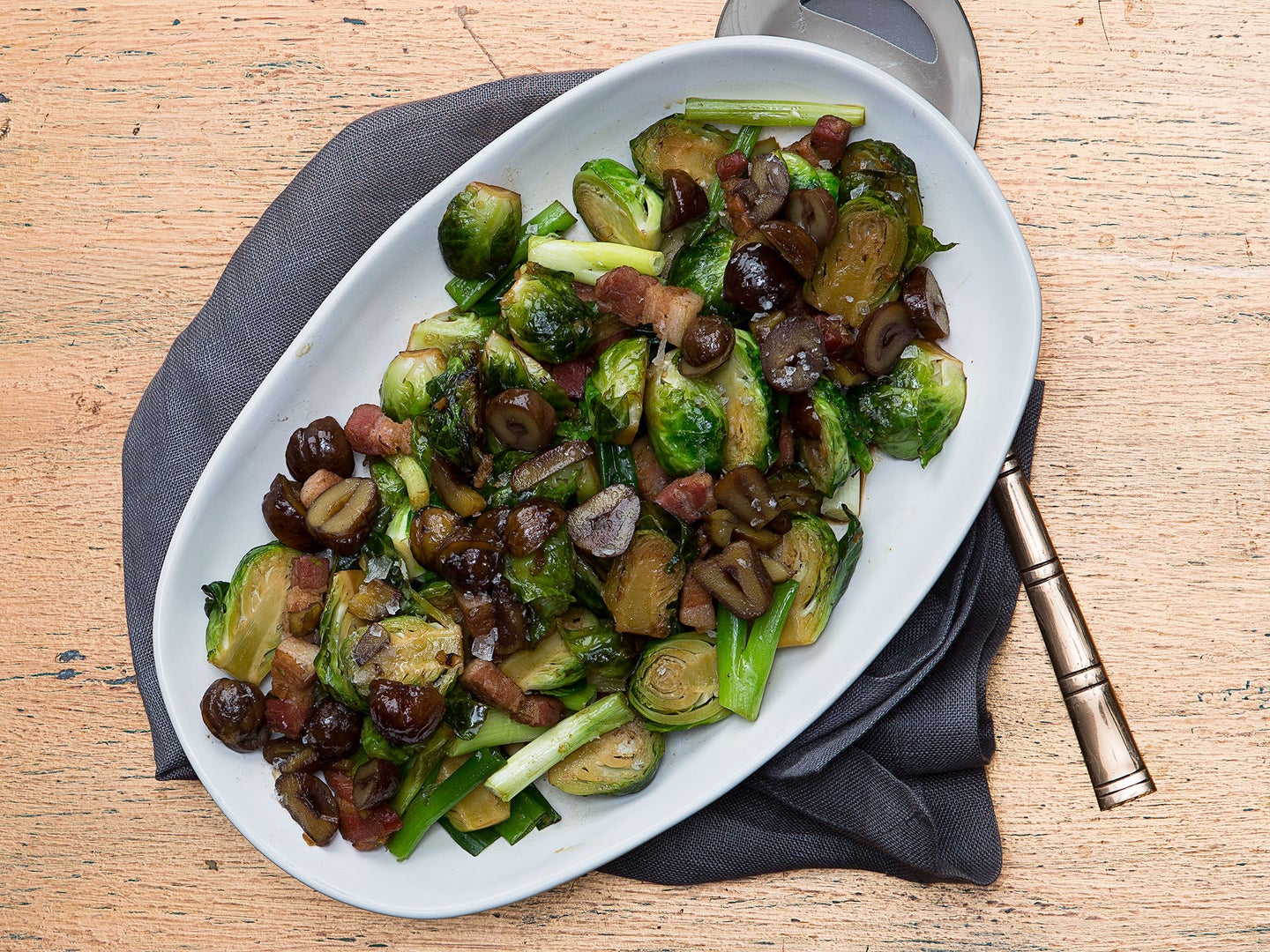 This spin on a popular Sichuan stir-fry—with bacon, ginger, and garlic; garnished with sliced chestnuts—swaps traditional cauliflower for Brussels sprouts. Get the recipe for Wok-Fried Brussels Sprouts and Bacon with Crispy Chestnuts ». Matt Taylor-Gross
SHARE

These tender, mild-flavored members of the cabbage family are a relatively recent American import. Developed sometime around the 16th century, Brussels sprouts were introduced into the U.S. from Europe in the early 1900s. Now, the plant is cultivated all over California as well as in Europe and Central America. Peak season in the U.S. runs from late August through March, during which time you should be able to find them loose or on the stalk at markets. Tender and sweet when roasted, fried, or steamed, they only release their infamous sulfur aroma when overcooked. We love Brussels sprouts layered with Gruyère in a savory gratin; halved, par-boiled, and finished in a sauté pan with smoky chorizo; or shredded raw along with kale and tossed in a simple lemon vinaigrette.

Choose Brussels sprouts that are still on the stalk, as they stay fresh longer. Go for small sprouts, about an inch in diameter, as the smaller buds are sweeter and more tender. Avoid those with yellow or damaged outer leaves.

If they’re on the stalk, simply keep in the coldest part of the refrigerator. For loose sprouts, remove any damaged or wilted leaves and keep in a paper bag in the refrigerator. Though they will keep for weeks, once they’re off the stalk the flavor begins to deteriorate after a few days.

Wash Brussels sprouts with cold running water and remove any loose or damaged leaves. Pat dry, then trim the woody end of the stem and if using whole, slice an X into the bottom of each to help them cook more evenly.