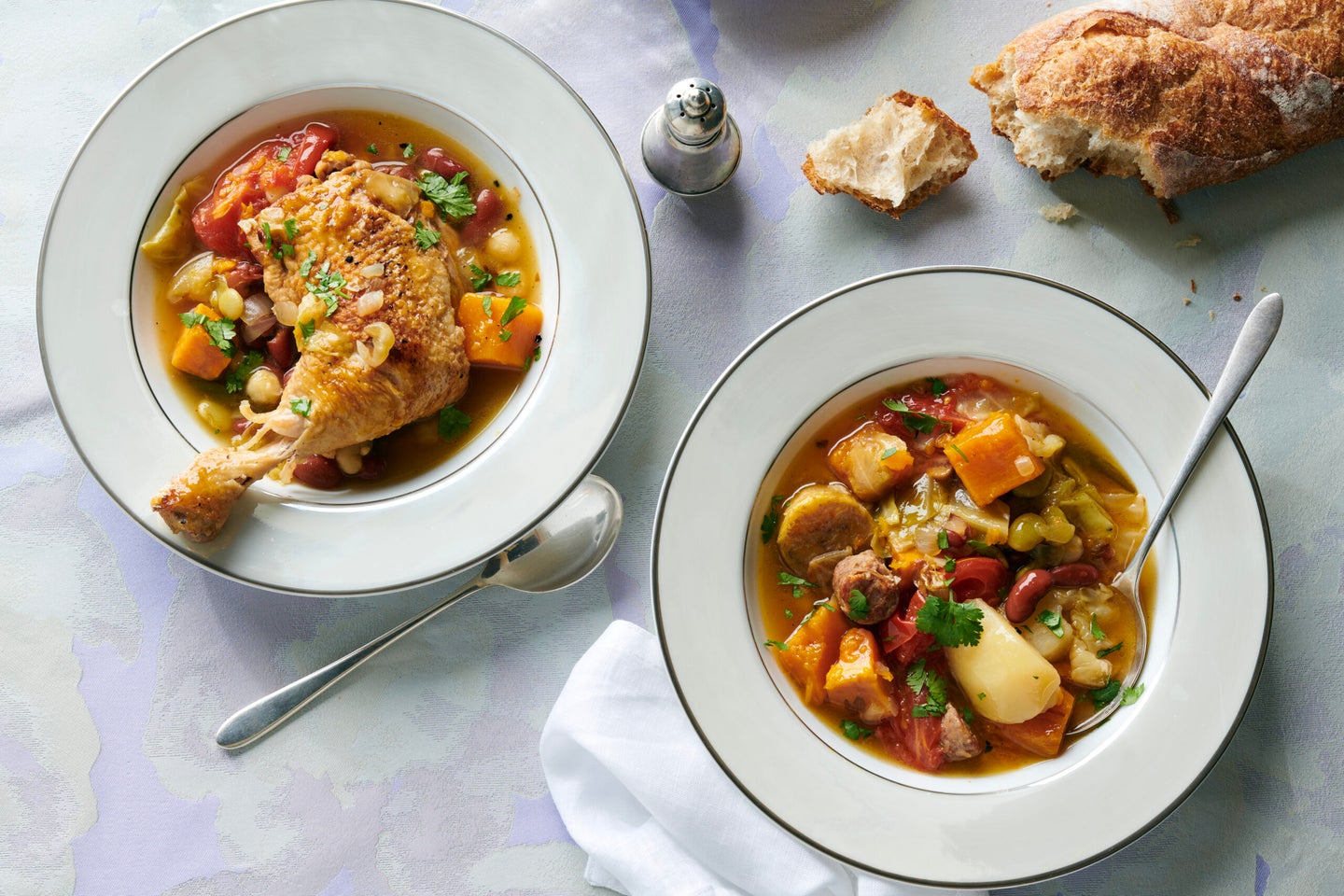 The collection of islands off the coast of West Africa known as Cape Verde was colonized by the Portuguese from the Age of Exploration well into the 20th Century, from 1462 until the islands gained their independence in 1975. Today’s Cape Verdean diaspora is rediscovering its Jewish roots. Worked by forced labor from West Africa, the Cape Verdean people are a mixture of Africa, Iberia, and all the worlds in between, including Jews who sought refuge from the Inquisition. When adapted to feature kosher cuts of meat, cachopa, one of the island nation’s signature dishes, makes an excellent Shabbat stew or replacement for cholent. (This recipe from writer Michael Twitty also works well as a slow cooker supper for Shabbat afternoon.) Many kosher butchers and farmers markets offer “bacon” made from beef brisket or lamb. For the kosher sausage, use an all-beef version, chicken sausage, or a mix.