In the birthplace of the beloved Italian flatbread, this rich and unadorned loaf is an institution, a birthright, and a ritual. 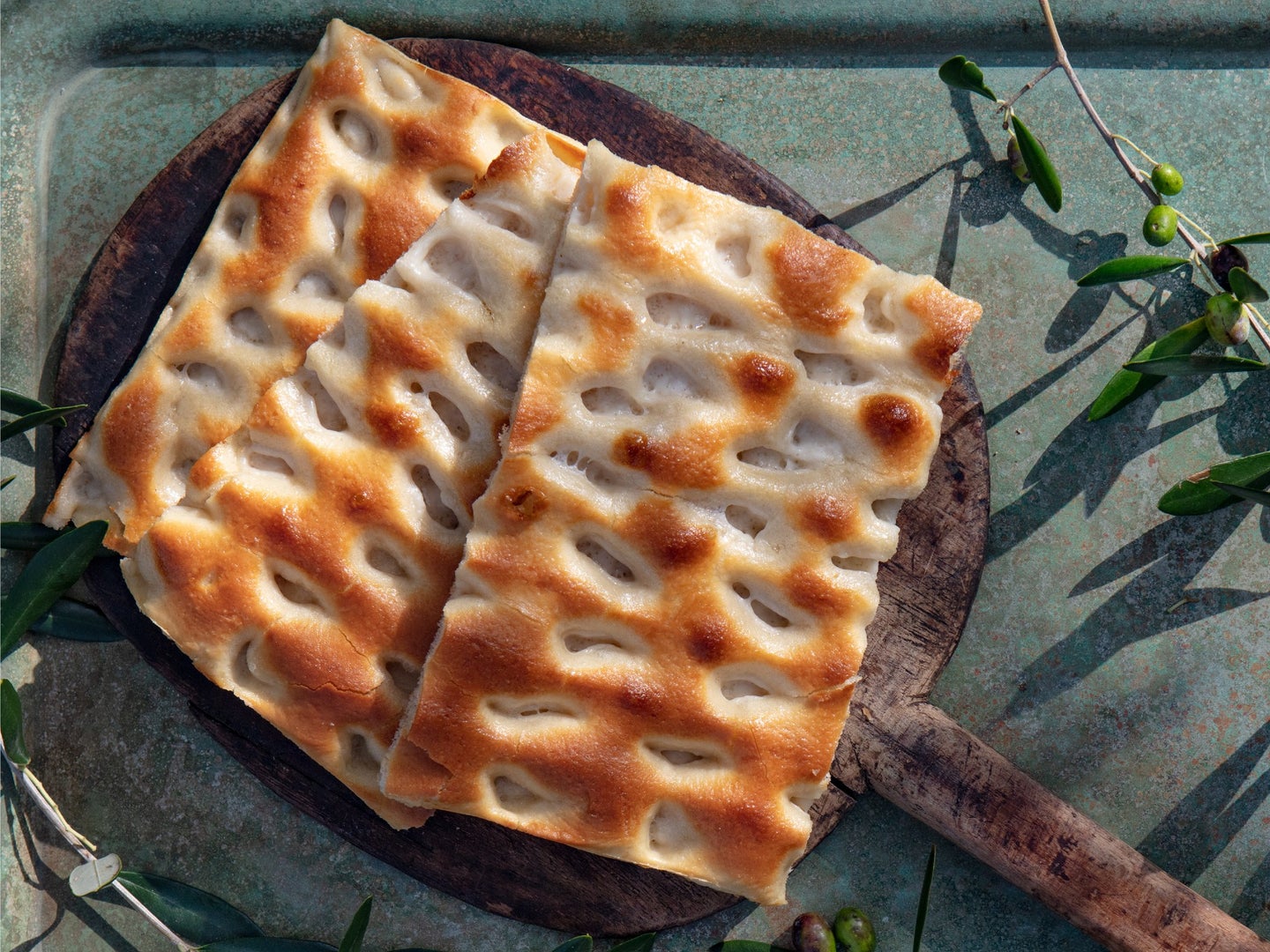 The first time I tasted real Ligurian focaccia (fügassa in local dialect) was my first day in Genoa and my first ever trip to Italy. After a whirlwind, three-week romance in Texas, I flew halfway across the world with my future husband to visit his hometown. Our first stop, naturally, was the neighborhood forno. The focaccia offerings enchanted me: olive-studded, sage-filled, or onion-topped, I wanted to try them all. Emilio ordered a sampling, and we sat on a green park bench in a nearby piazza to eat. I dove straight for the olive-topped version, but he stopped me, slipping a plain slice into my hands instead. “You must try the classic focaccia first. This is where everything begins.”

To unravel the immensely complex world of fügassa, I contacted Ezio Rocchi, also known as “the king of focaccia,” who comes from a long line of Genovese bakers. Amongst the precious gems of knowledge he bestowed upon me (many of which found their way into the following recipe), he let me in on a secret for eating focaccia: “If you watch closely, you’ll notice the Genovese eat their slice upside down,” he grinned, “that way, the tongue comes directly in contact with the salty upper surface, and the flavor is more intense.” I’ve included some variations and toppings in my book, Liguria: The Cookbook, but you should really try your hand at the classic recipe first. After all, it’s where everything begins.

Be sure to use the best-quality, mild-tasting extra-virgin olive oil you can find; a bitter oil can ruin the entire batch.

This recipe is adapted from Laurel Evans’ book, Liguria: The Cookbook.