To capture the rich flavors of fresh river fish, cook it whole over a wood fire. 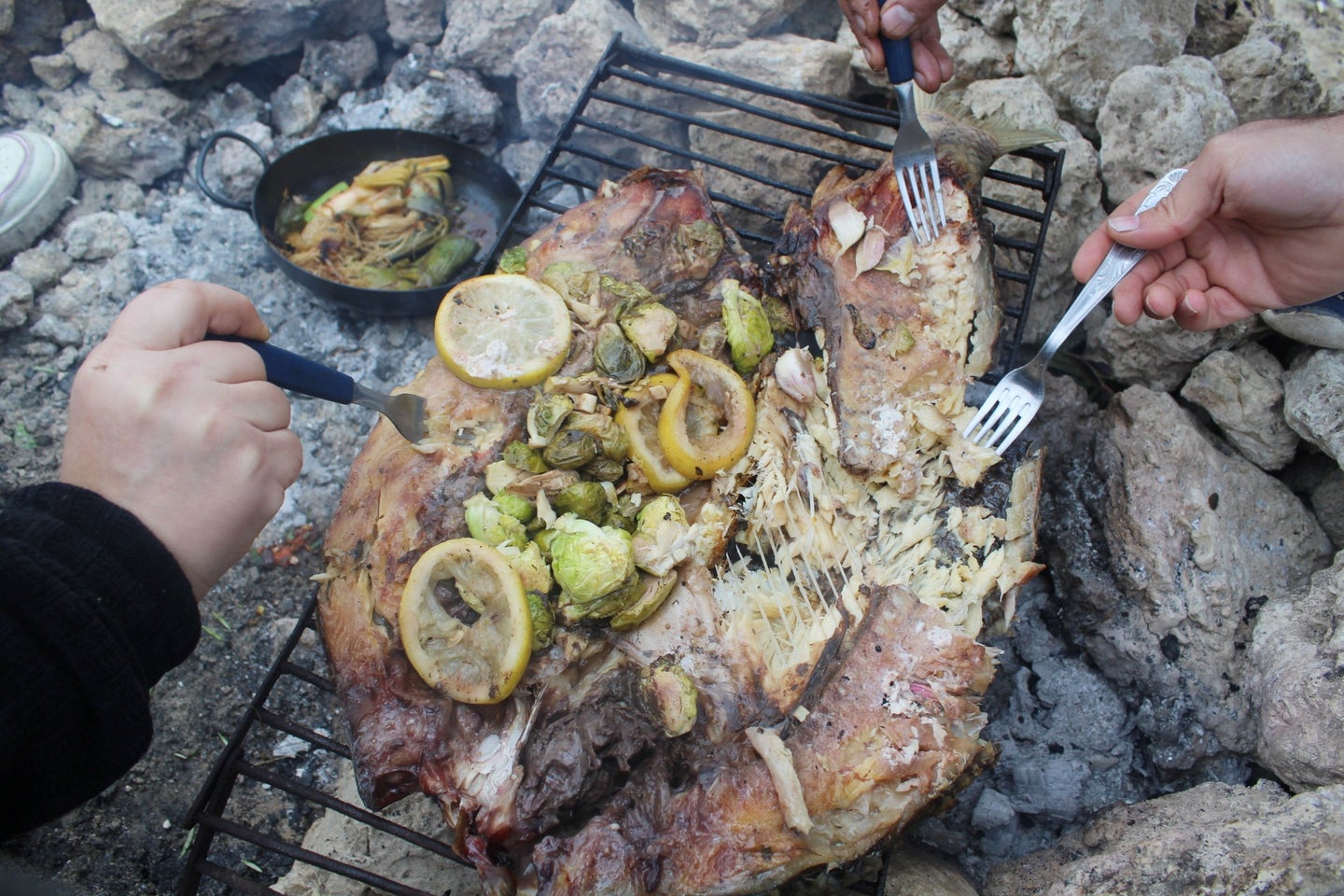 Sábalo is a fresh river fish native to the Paraná River and it is amongst these water’s most prized catches. Found from Paraguay down to the river’s end in the Argentine province of Entre Ríos, this bottom feeder prefers deeper waters that can elude even the most dedicated fisherman. To replicate the flavor, look for river fish with pink flesh and high fat content. The faint earthiness of the fish is punctuated by bittersweet Brussels sprouts. Cooking times can vary based on distance from coals and insulation from wind. Argentine grills, such as those made by Ñuke, are often built with height adjustable grates and insulated side walls.