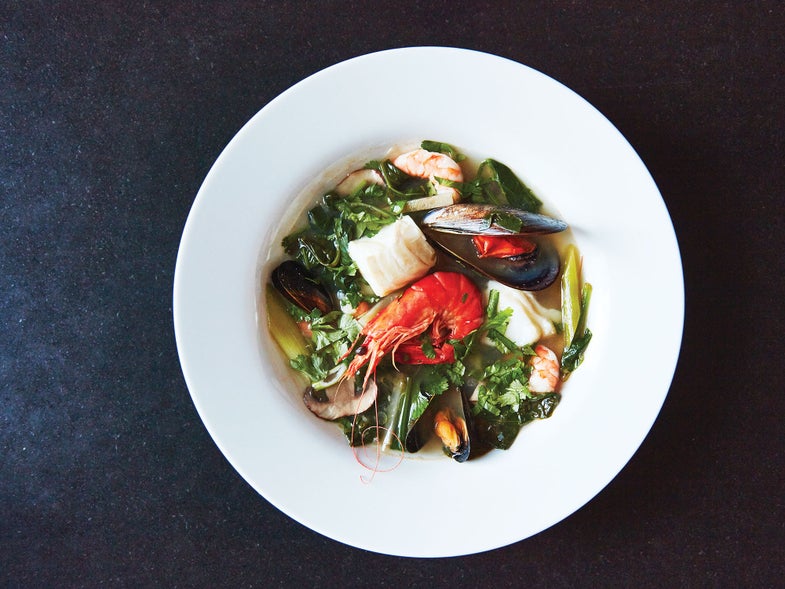 Flavored with wine and aromatics, this broth is similar to a nage or poaching liquid—you only need a shallow pool of it in each bowl. The broth features red yuzu kosho, a Japanese condiment made from citrus, yuzu, and chiles, which adds a round, tart flavor that is hard to replace. In a pinch, add a little more chile and lime zest. If head-on shrimp are hard to find—or you’d rather not fight with fish heads on New Year’s Eve—nix them for more shelled shrimp. 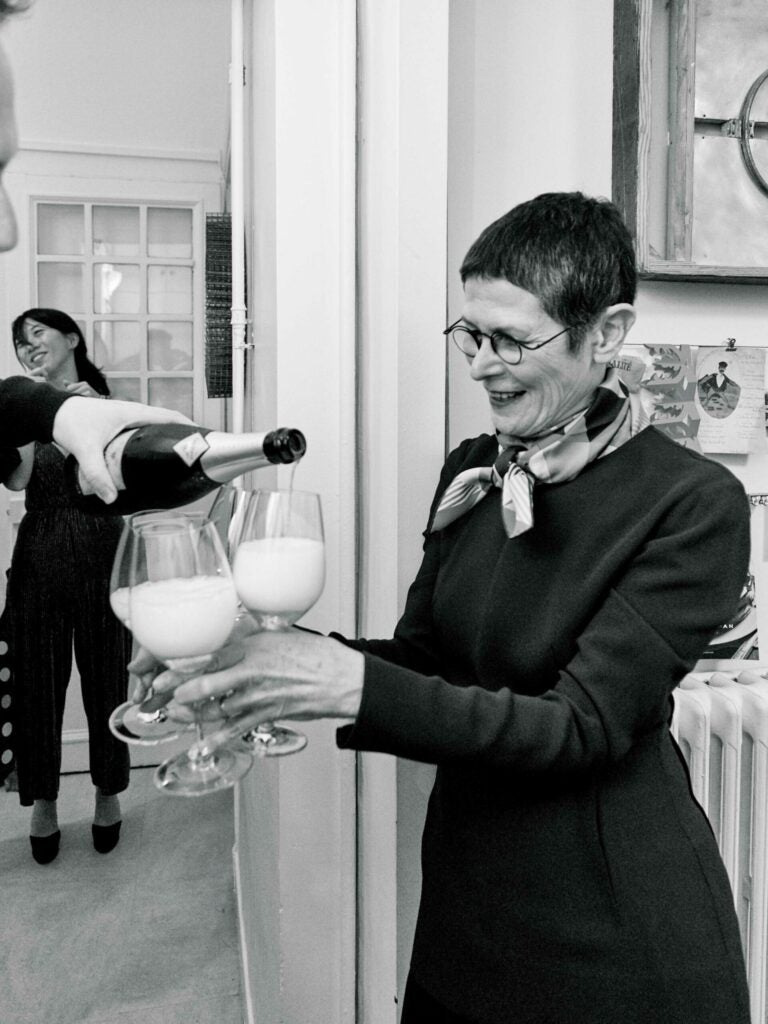 Every December 31st, the dessert wizard invites a hodgepodge group of old and new friends for a perfect French fête, complete with oysters, gougères, and huge bottles of champagne by the Seine

Featured in: How Dorie Greenspan Does New Year’s Eve in Paris
Seafood Soup with Ginger and Yuzu Kosho

This seafood soup’s broth is flavored with red yuzu kosho, a Japanese condiment made from citrus, yuzu, and chiles, adding a round, tart flavor that is hard to replace.
Yield: serves 6
Time: 1 hour, 5 minutes

For the fish and vegetables