While the recipe varies throughout the Middle East and Mediterranean, it's always a sweet treat. 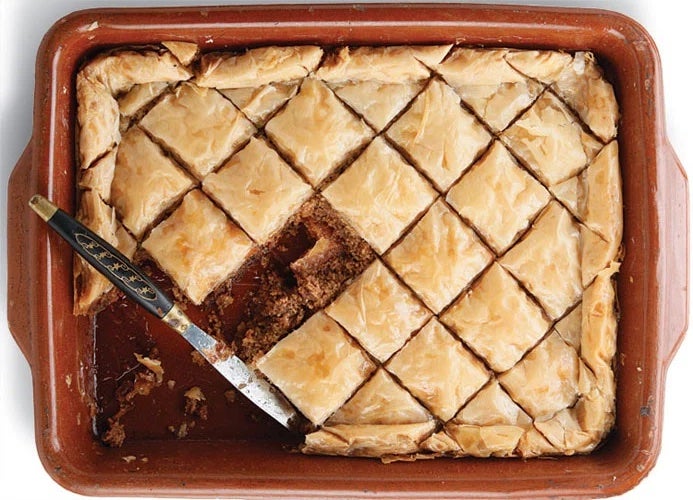 When my father made his baklava—phyllo pastry luxuriating in syrup sweetening a layer of ground nuts—the smell filled the house. Back then, I believed he’d invented the stuff. I later learned that baklava likely has roots in 11th-century Persia, though versions vary today throughout the Middle East and eastern Mediterranean. No matter what form it takes, for me, it always evokes my father’s kitchen. —Diana Abu-Jaber, from “Crispy Sweet” (November 2001)

Though baklava varies throughout the Middle East and Mediterranean, like this one with an almond-cinnamon-bread crumb-filling, it’s always a sweet treat.
Yield: makes 35-45 pieces