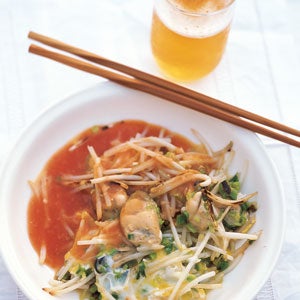 This version of a classic Tainan snack comes from Cheng Lee Chin-o, housewife and entrepreneur. She uses Chinese celery, which is stronger in flavor than ordinary celery; if you do too, use half as much as the amount given for celery below.