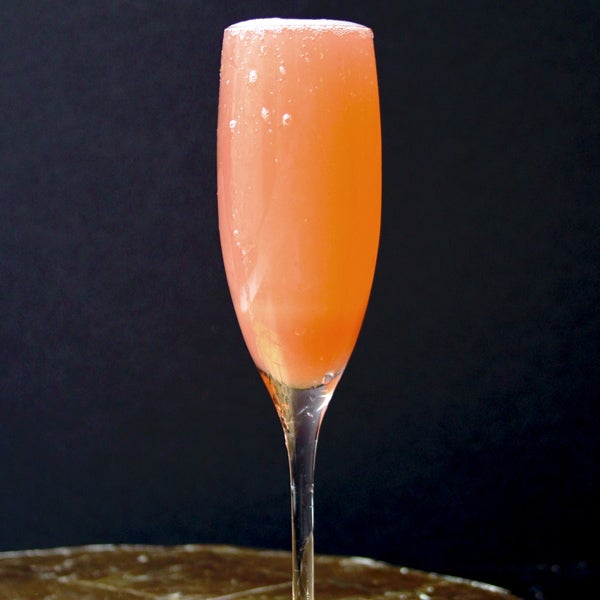 Ginger ale and ginger beer can both be purchased, but it’s fun and easy to make them on your own. For ginger ale, simply make a syrup out of water, ginger, sugar, and a dash of black peppercorns, then mix it with soda water. To make ginger beer, brew up a similar ginger mixture and add in spices and champagne yeast. Strain the mixture, bottle it, and after a day of fermentation you have your very own ginger beer!

Whether you make or buy, you’ve got delicious recipes to try. The Moscow Mule is a classic mix of ginger beer and vodka. If you steep the vodka with lemongrass and grapefruit to make aquavit then you have a variation called a Swedish Mule, while swapping the vodka out for gin and adding a little mint makes a Gin-Gin Mule.

The Dark ‘N Stormy is another classic ginger beer cocktail, with black rum and ginger beer swirling together like storm clouds. The Black and Stormy is a variation that kicks up the spice with ginger liqueur.

For a summertime drink for your next cookout, mix together a pitcher of our Strawberry Pimm’s Cup with ginger ale and kaffir lime leaves. 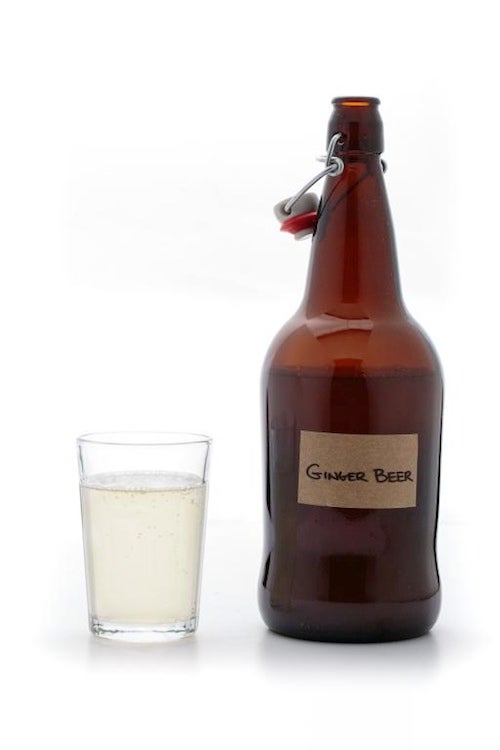 Any of these cocktails can be made with store-bought ginger beer. But if you want to go the extra mile, you can brew your own from scratch. 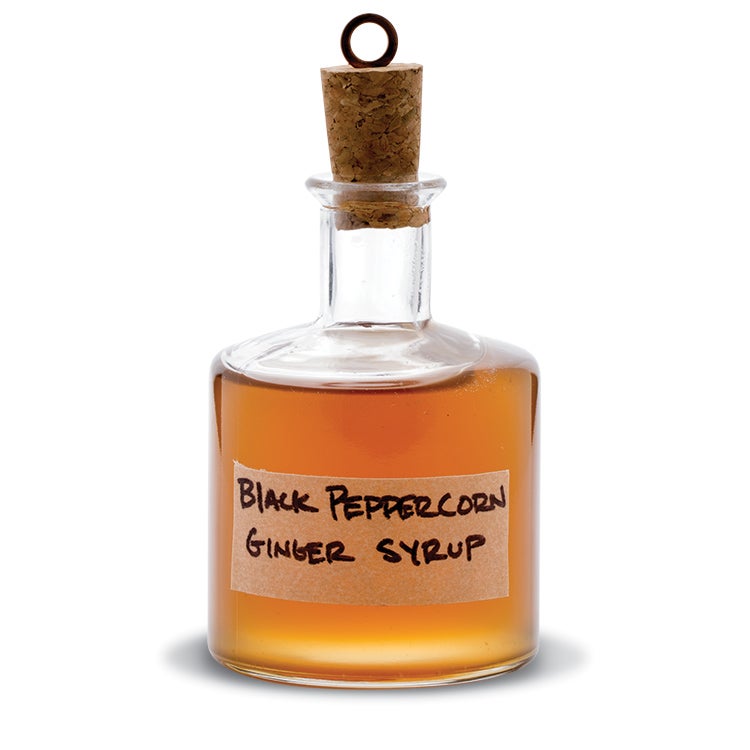 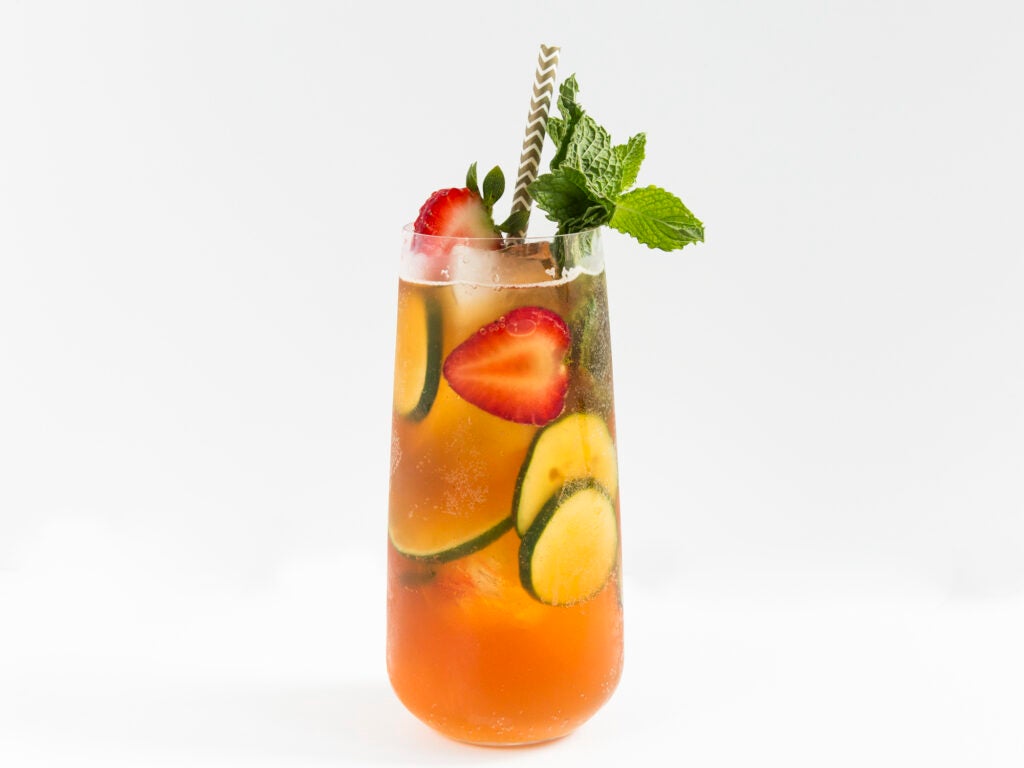 Inspired by our list of Friday cocktails, bartender Michael Neff noticed that bitter flavors were prominent, as were fizzy drinks made with fresh fruit and herbs. To that end, he created a modified Pimm’s Cup, using Cynar to add a bit more bitter tang and ginger beer for spice. Fresh fruit and herbs round out the (almost) traditional summer refresher. Get the recipe for Pimm’s Cup #21 » 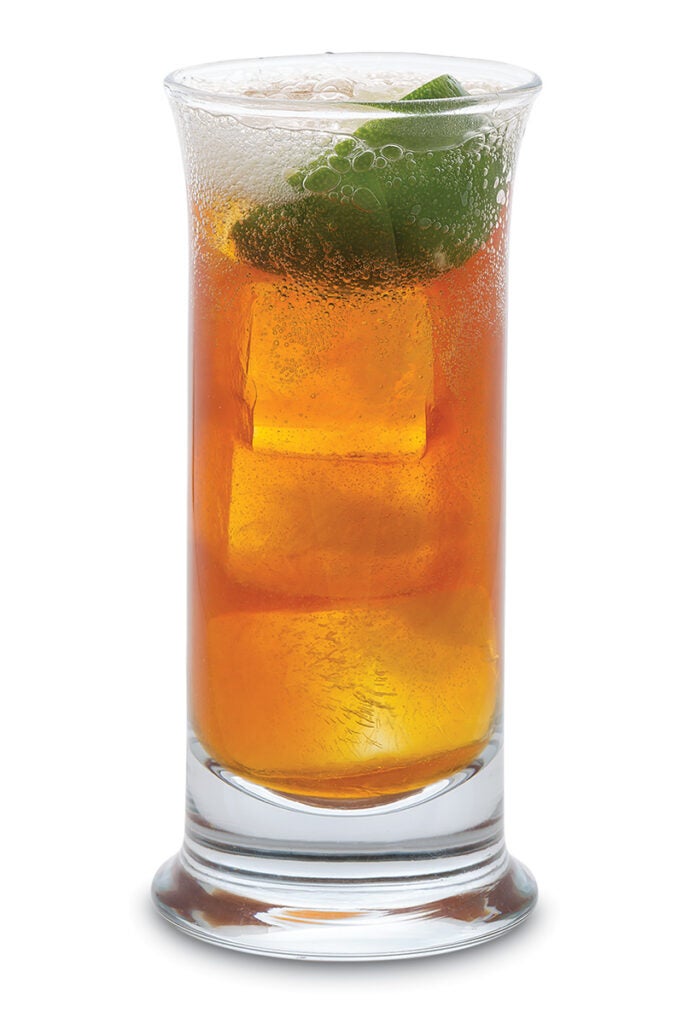 By trademark, this Bermudan combination of rum and ginger beer requires Gosling’s Black Seal Rum; similar drinks with names like dark ‘n foggy or light ‘n stormy use other rums. Get the recipe for Dark ‘N Stormy » 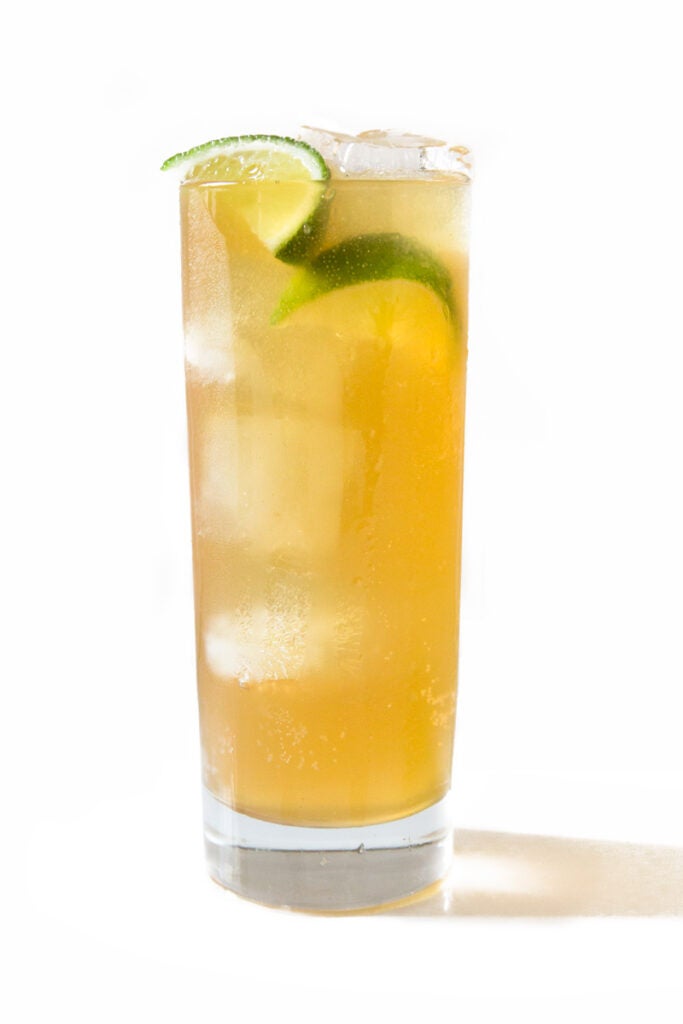 A refreshing marriage between a Tom Collins and a Dark n’ Stormy, this lime and ginger beer-spiked gin cocktail has an intriguing herbal undertone thanks to Amaro Abano, a zesty Italian digestif with notes of bitter orange, cardamom, and white pepper. Get the recipe for Cool Confusion » 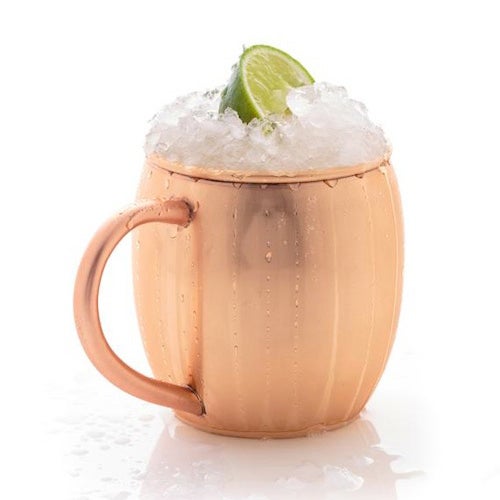 This vodka-and–ginger beer libation is traditionally served in a copper mug. Get the recipe for Moscow Mule » 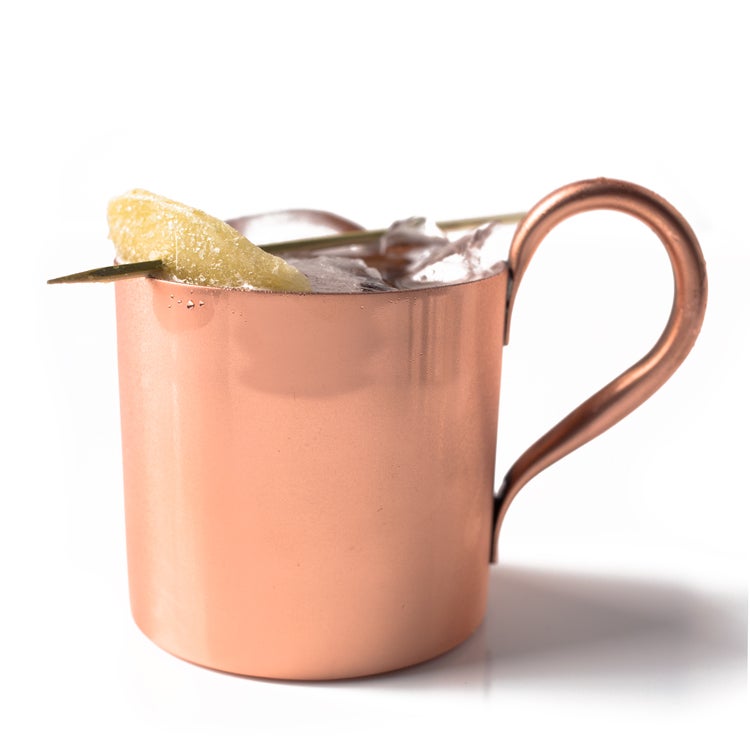 In this Moscow Mule variation, vodka is infused with lemongrass and grapefruit to make aquavit. Get the recipe for Swedish Mule » 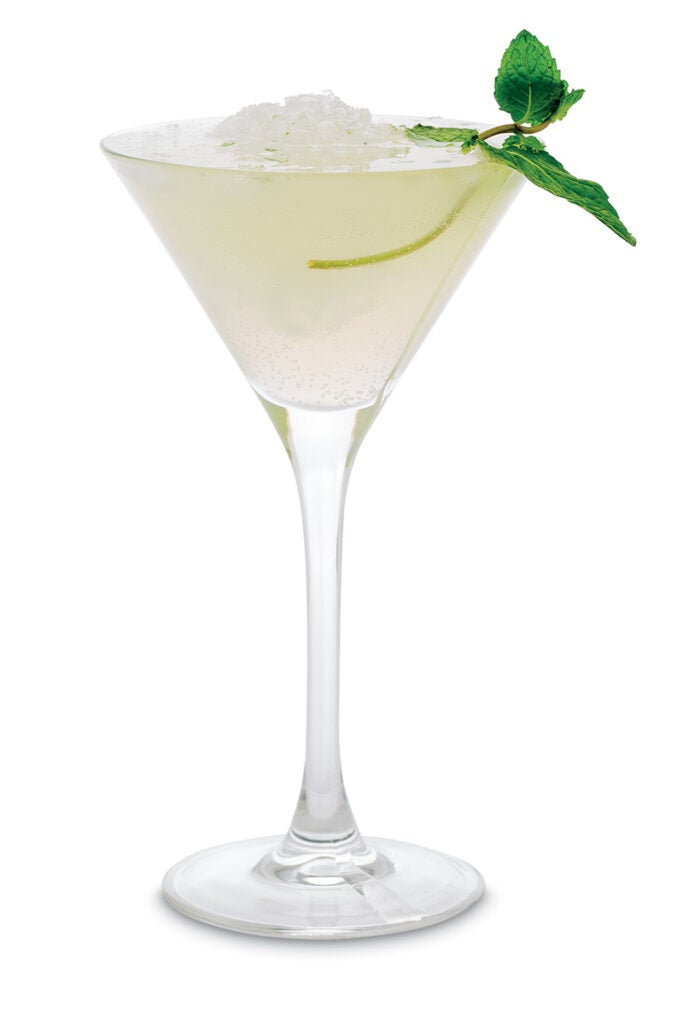 This Moscow Mule variation is made with gin and mint. Get the recipe for Gin-Gin Mule 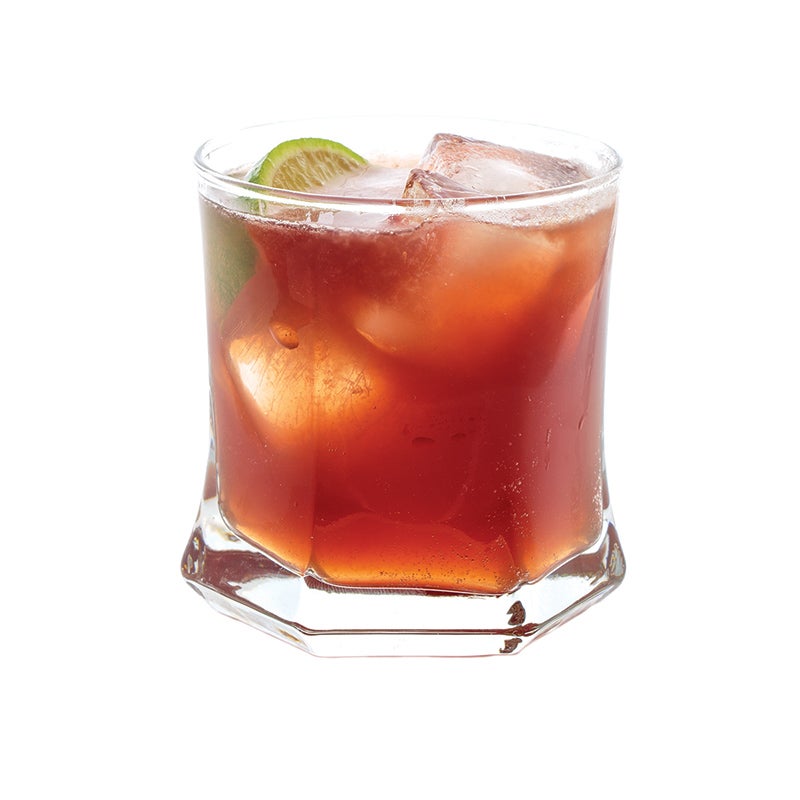 Black-currant-flavored crème de cassis adds fruity dimension and a lovely pink hue to this ginger beer and tequila cocktail from the 1940s. 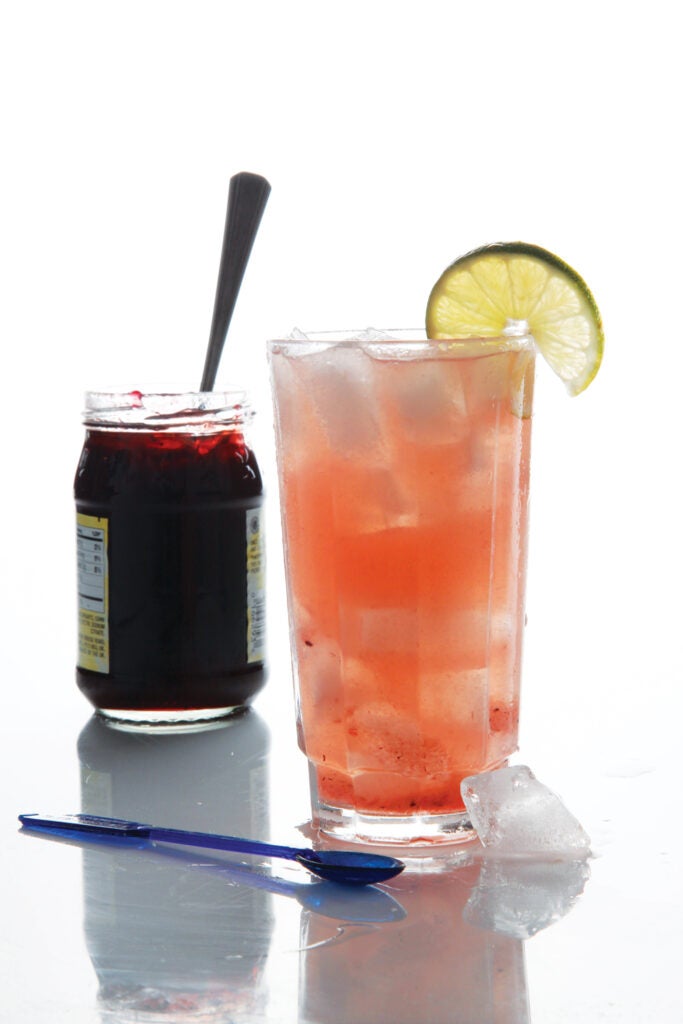 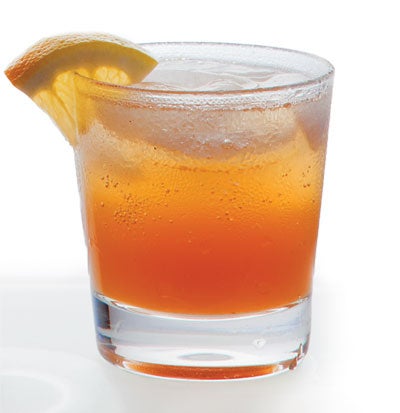 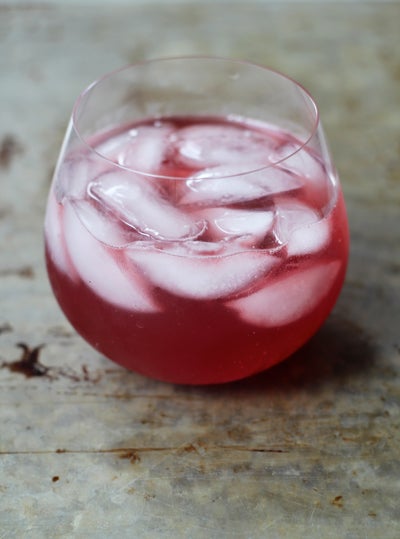 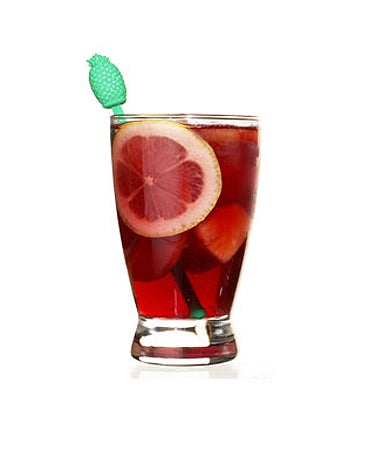 This sweet-tart wine punch was invented by members of the Junior League of Houston book club in the 1970s. 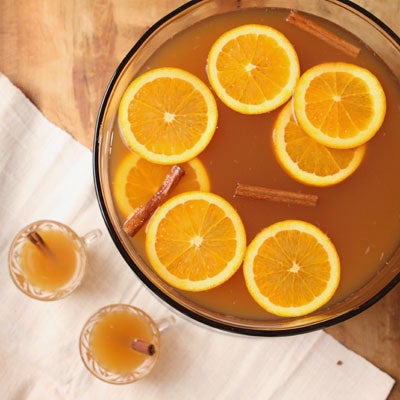 This chilled cider punch combines the fall flavors of a mulled cider with the celebratory feel of a sparkling punch. Get the recipe for Chilled Cider Punch » 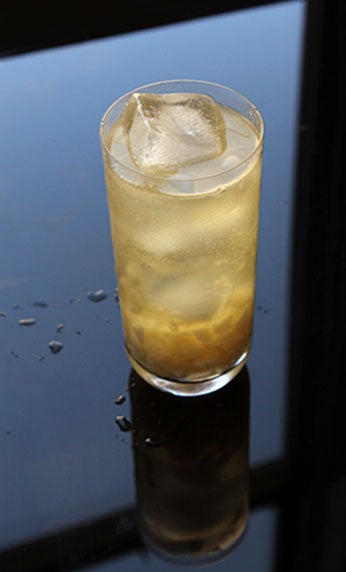 Vodka, ginger beer, and muddled pear make for a tart and refreshing cocktail perfect for sipping on a cool fall evening. Get the recipe for Pear Haymaker 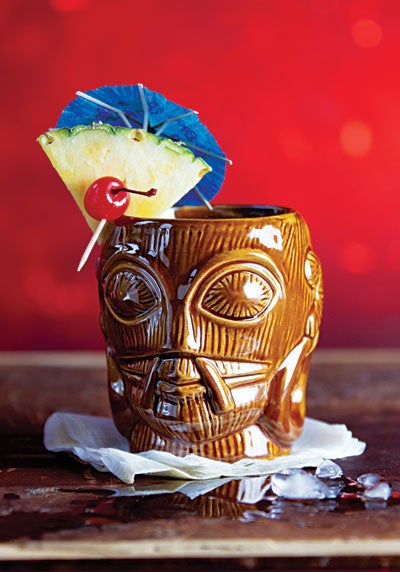 This version of a classic tiki drink mixes two kinds of rum with a variety of fruit juices and syrups. Get the recipe for Tiki Bandit » 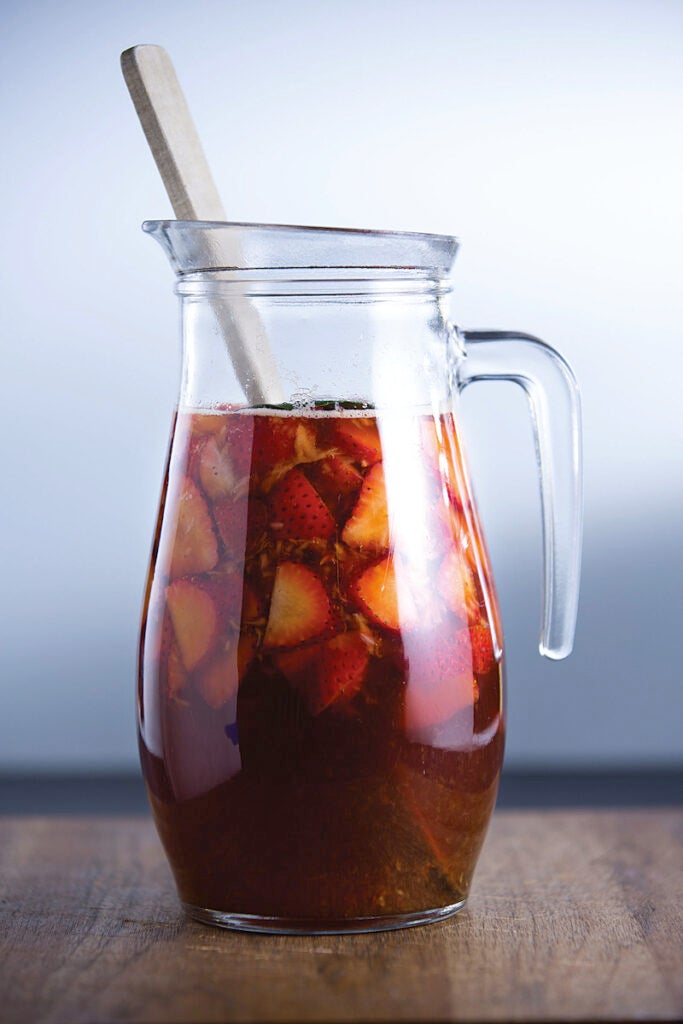 A twist on the British classic, this summer cooler takes on spicy, herbal notes from Kaffir lime leaves, while strawberries lend sweet balance to the pleasingly bitter liqueur. Get the recipe for Strawberry Pimm’s Cup » 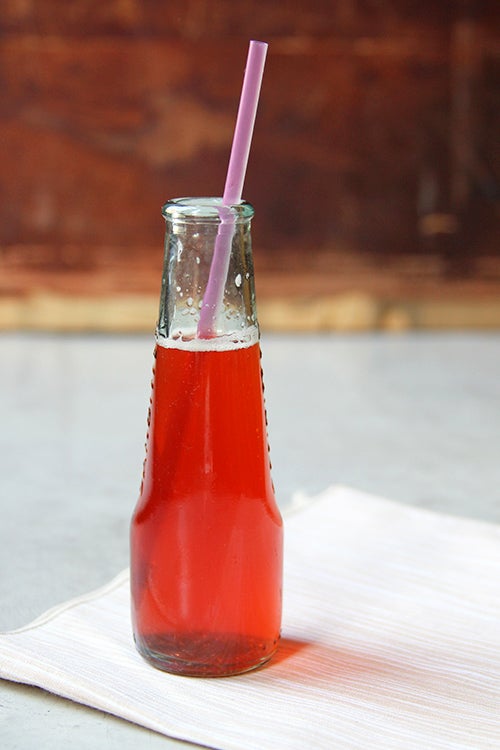 A mix of Campari, Pimm’s No. 1, and ginger beer, this drink makes an excellent warm weather apéritif. 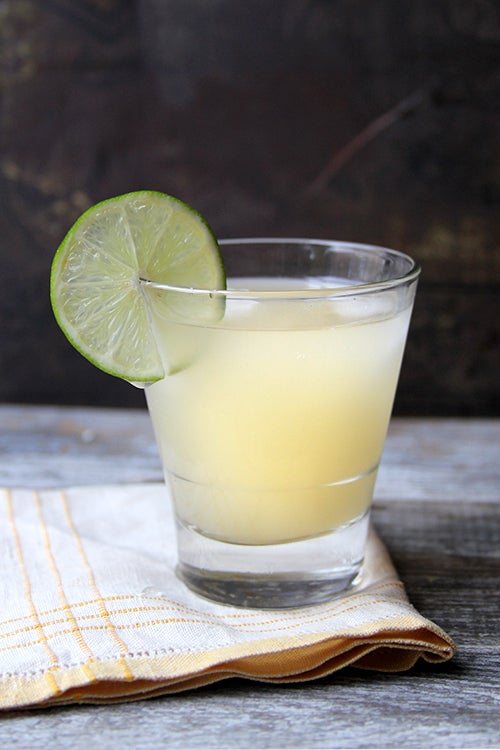 The Black and Stormy

This recipe for a modified Dark and Stormy uses fresh ginger juice for a kick of refreshing heat. 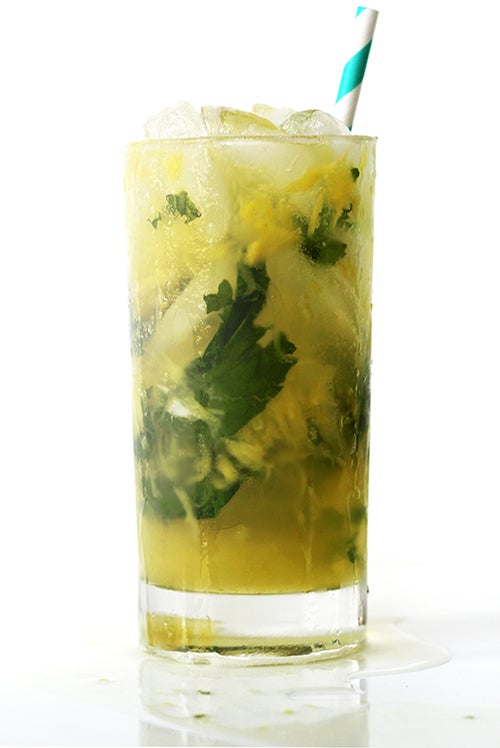 This twist on a mojito combines pineapple- and coconut-infused rum with fresh pineapple and mint for a fruity, vacation-inspired drink. Get the recipe for Pineapple Mojito » 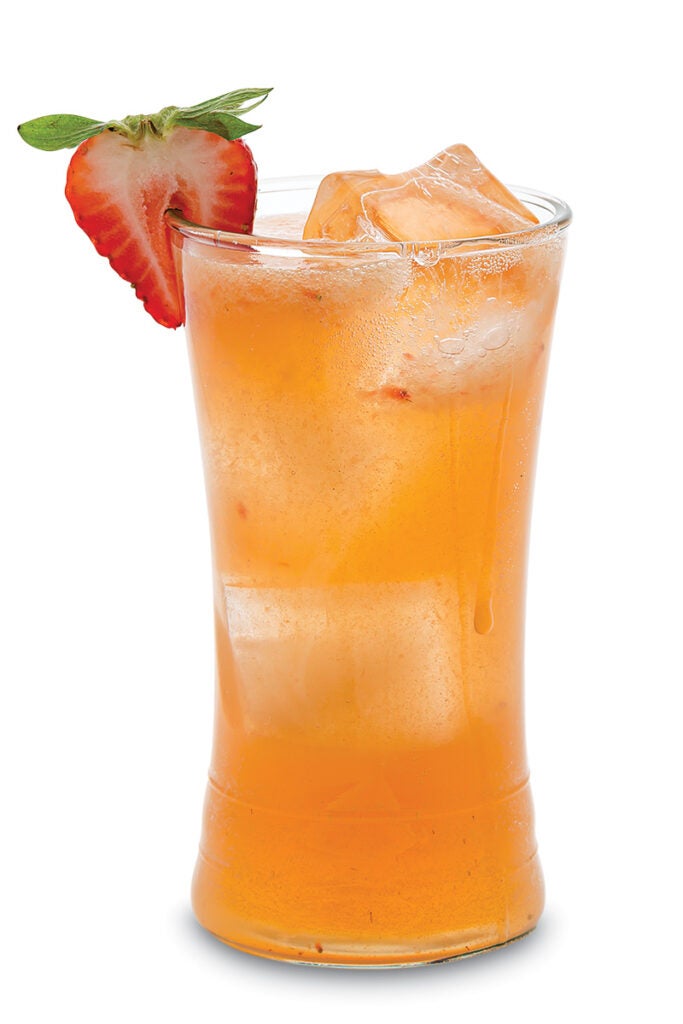 “Bucks” are a family of drinks that consist of ginger beer plus a spirit and citrus—a category that includes this fruity refresher as well as the classic Moscow Mule. Get the recipe for Kentucky Buck » 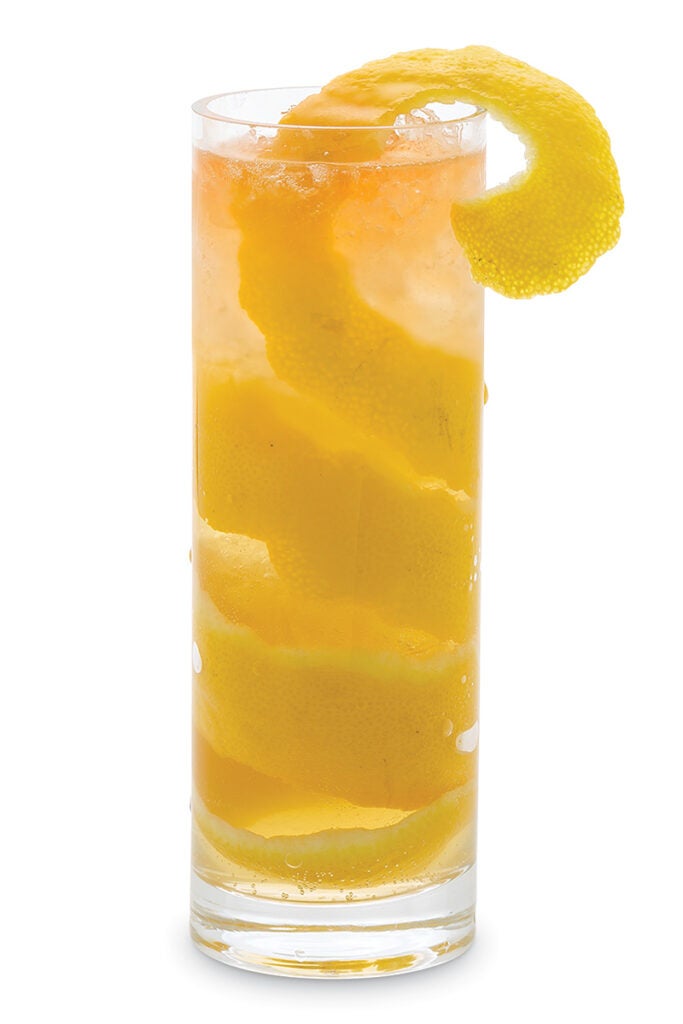 This simple highball mixes cognac with ginger beer and a spiral peel of a whole lemon.