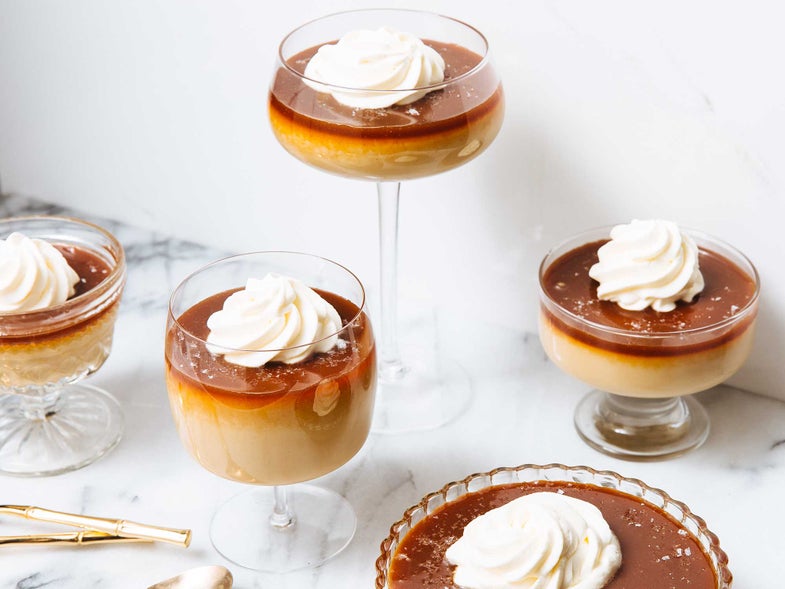 Pizzeria Mozza‘s butterscotch budino has become one of Los Angeles’ most iconic desserts. And in a city obsessed with budino (which is just the Italian word for “pudding”), many people think Nancy Silverton, Mozza’s co-owner and chef, is responsible. But Silverton takes very little credit for its creation. While she was preparing to open the pizzeria in 2006, their pastry chef Dahlia Narvaez was biding her time and honing her skills at Jar, a restaurant owned by Silverton’s friend Suzanne Tracht. Jar had a butterscotch pudding on the menu, to which Narvaez added a layer of caramel and a sprinkling of sea salt. Silverton contributed a pine nut rosemary cookie, which is served on the side at both Mozza and chi Spacca. 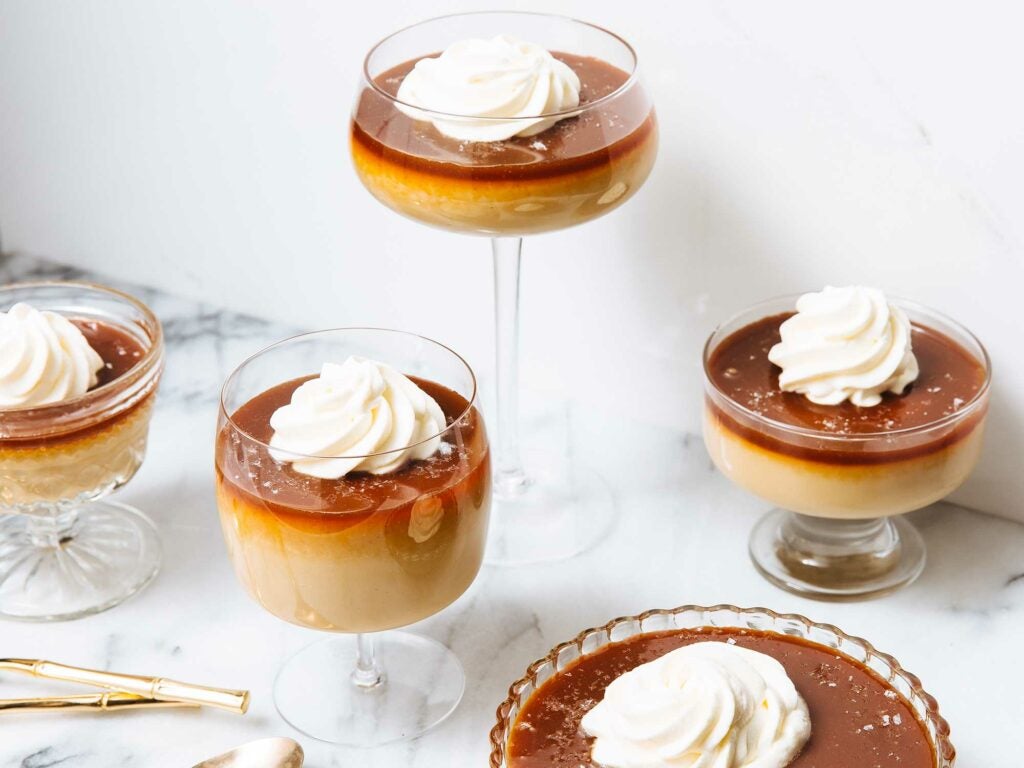 Budino is a pudding dessert from the California area

For the caramel sauce and whipped crème fraîche