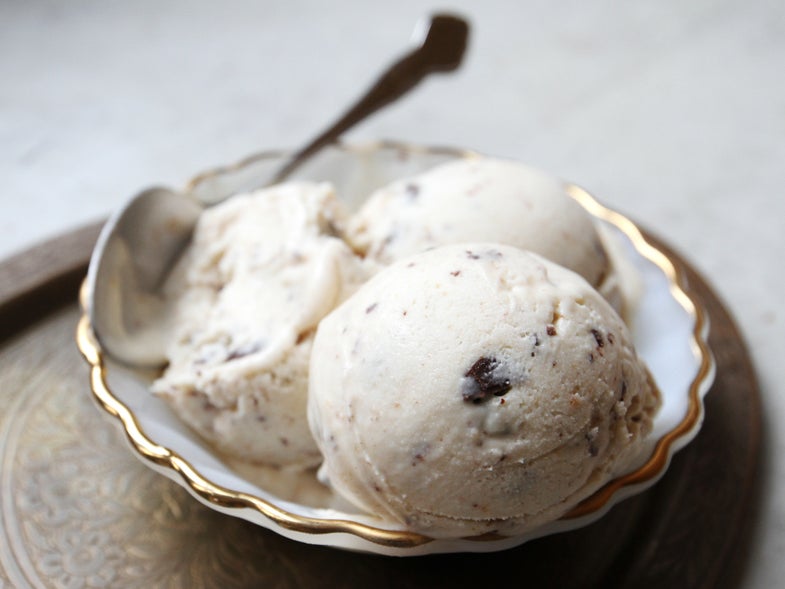 This rich vegan ice cream takes a classic flavor combination—chocolate and peanut butter—and thanks to its base of cashew milk, coconut milk, and cocoa butter, it's unlike any chocolate-peanut-butter version we've ever had. The recipe first appeared in Van Leeuwen Artisan Ice Cream (HarperCollins, 2015).
Yield: makes 1 Quart
Time: 45 minutes