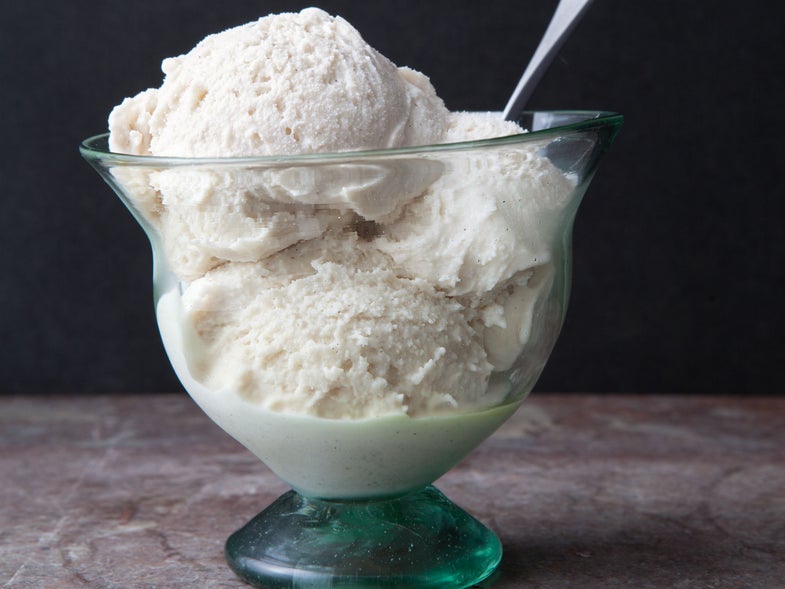 The use of cornstarch in this simple gelato base results in a silky-smooth texture. Get the recipe for Sicilian Vanilla Gelato ». Saveur
SHARE

This recipe, adapted from Mary Taylor Simeti’s book Pomp and Sustenance: Twenty-Five Centuries of Sicilian Food (The Ecco Press, 1989), is for a rare Sicilian gelato that does contain cream and an egg yolk.

Find this recipe in our cookbook, SAVEUR: Italian Comfort Food

Rare for a Sicilian gelato, this recipe contains both cream and an egg yolk—in addition to cornstarch—resulting in an ultra-luxurious, creamy texture.
Yield: serves 6-8