Top-quality fish is the secret to this brasserie classic. 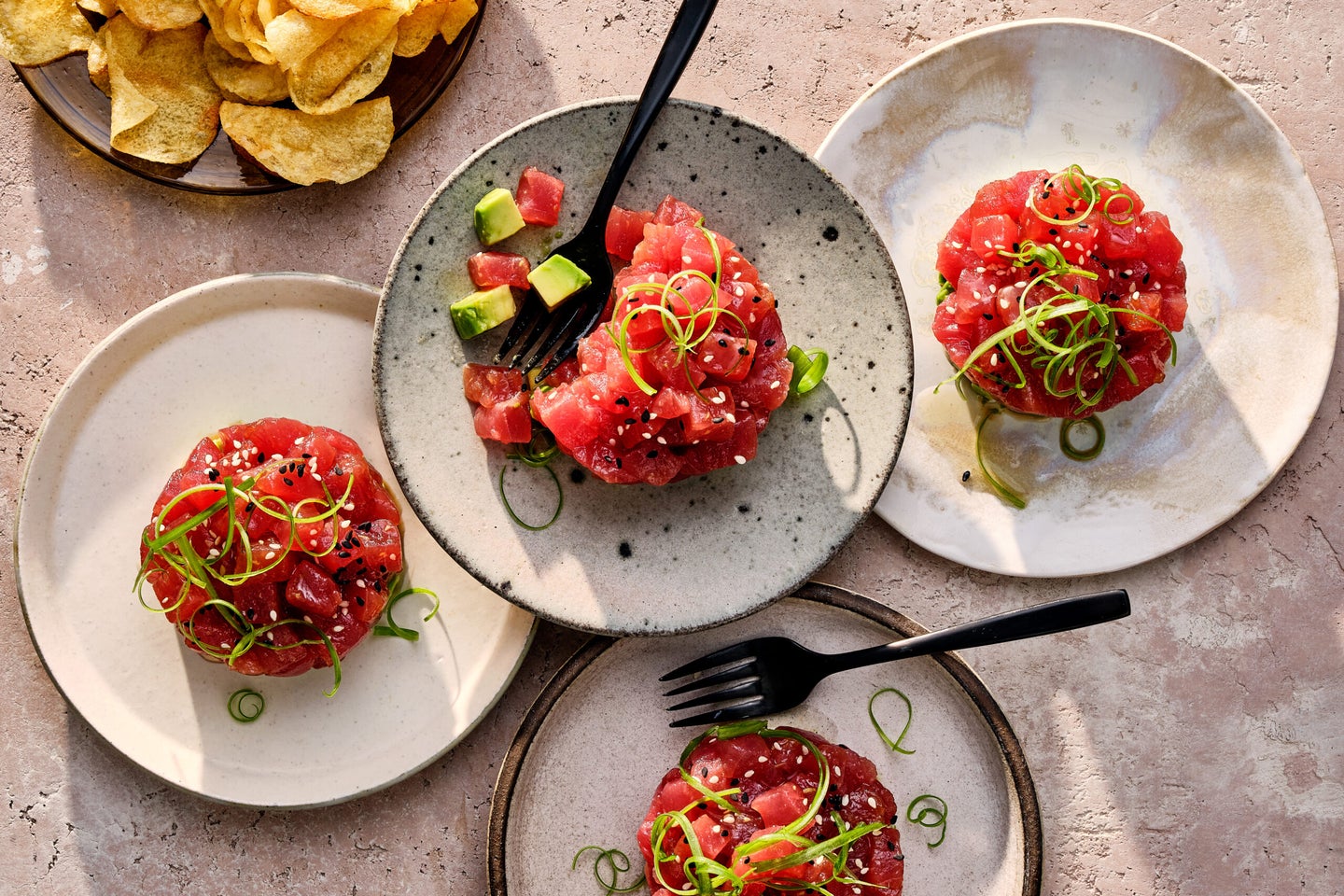 It has been suggested that tuna tartare was invented in Beverly Hills in 1984 by a French-trained Japanese chef named Shigefumi Tachibe. By the late 1990s, this quintessential “fusion” dish had exploded in popularity and its presence on upscale restaurant and catering menus throughout the United States was emblematic of a decade of American cuisine.

I grew up in the 1980s and 90s and loved ordering this briny raw fish dish with my parents for special occasions. Now that sushi-grade tuna is readily available at Japanese grocery stores and online, it’s easy to recreate the brasserie classic at home. I developed this simple, wasabi-spiked recipe based on versions served widely throughout New England at the time.

If you prefer a bit of tropical sweetness in your tartare, feel free to toss a quarter cup of diced pineapple or mango in with the avocado pieces. When serving raw fish, freshness is essential for ensuring safety. Be sure to purchase sushi-grade tuna from a reputable source; the fish should be firm to the touch and deep red in color, with no trace of slime or fishy fragrance. And finally, serve it within 24 hours of purchasing.