From breakfast mi xian to spicy ramen, these Asian soups are perfect for fall 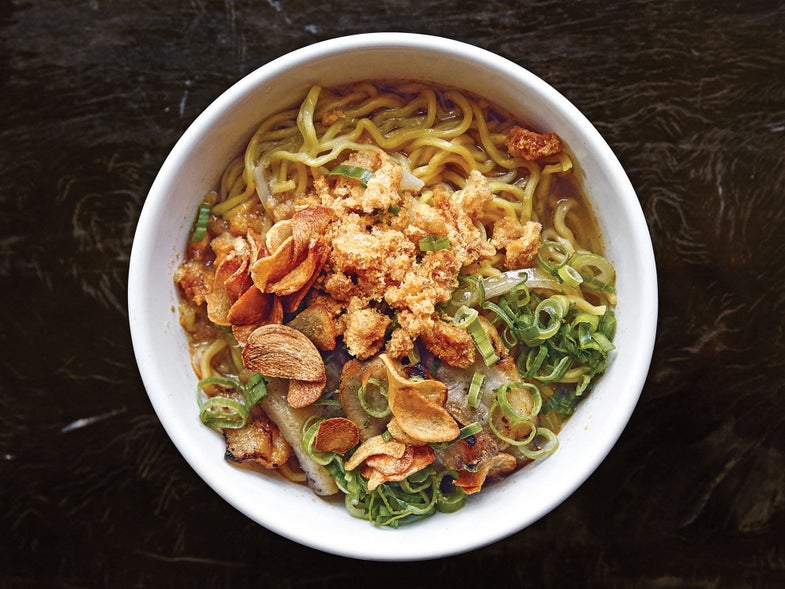 For some, soup is reserved for a sick day cure or easy appetizer, but don’t overlook soups as hearty breakfasts and main-course dinner stars. Asian soups are some of our favorite fall soups. Traditionally prepared in broth without milk or cream, soups are a staple in a wide range of Asian cuisines, from Thai to Japanese. Whether you’re in the mood for noodle-based soups like ramen and Hanoi-style breakfast or something non-traditional like egg drop soup boosted with spinach and edamame, our best Asian soup recipes are tasty meals that will warm you up in the cold weather. 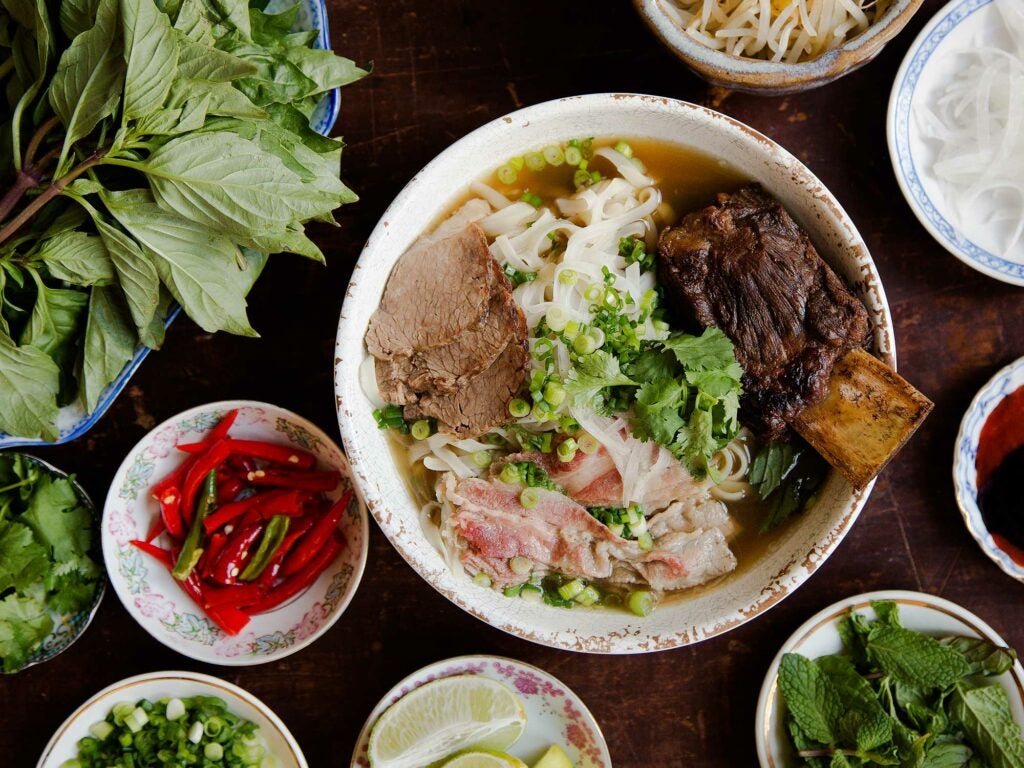 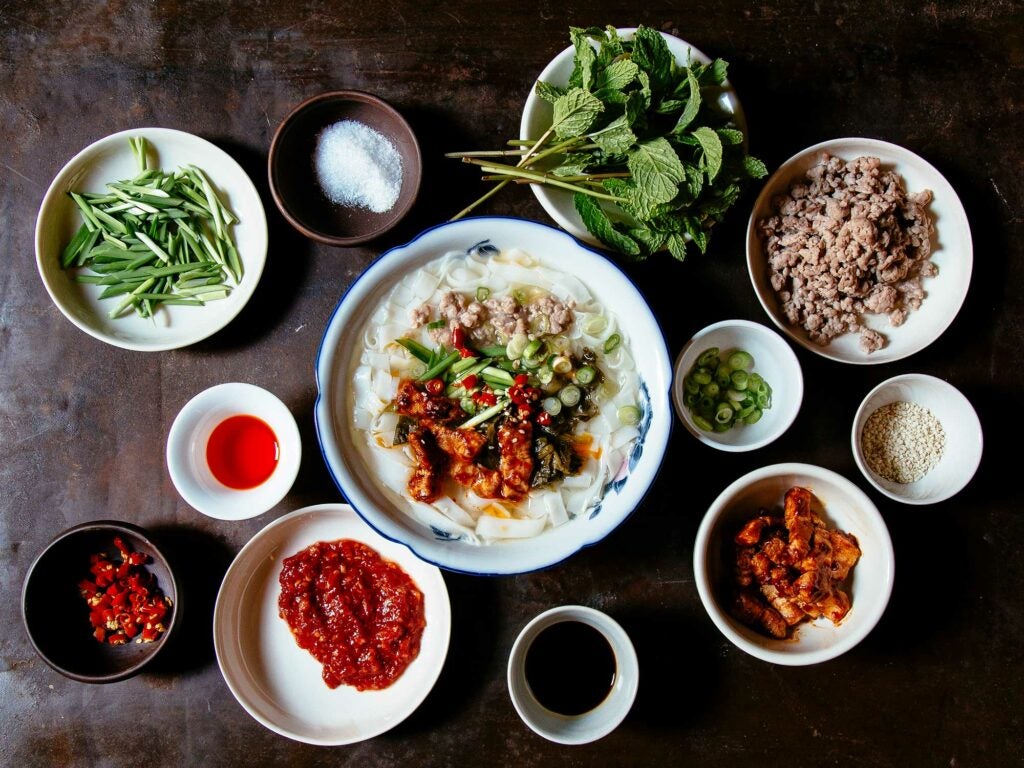 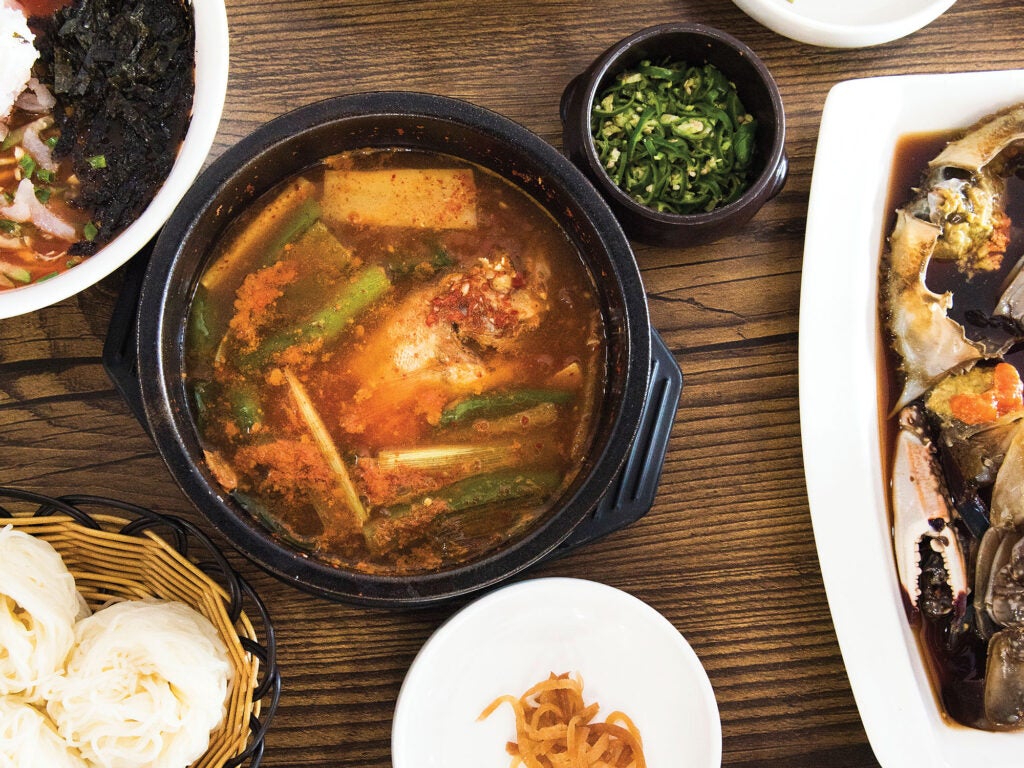 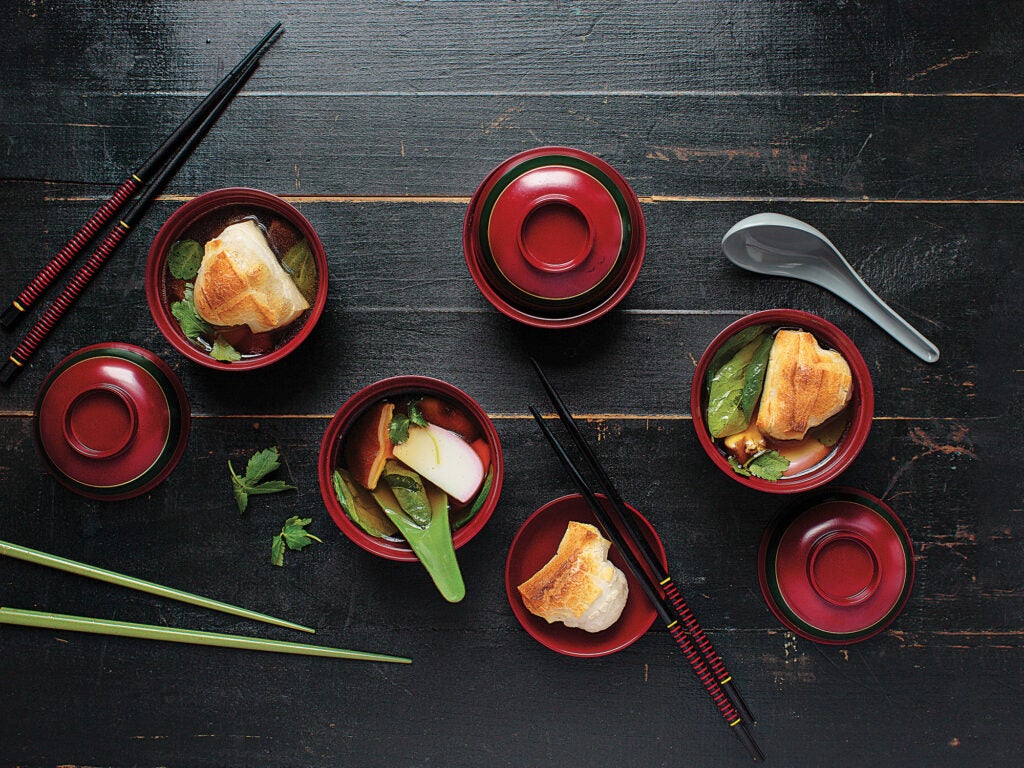 In Japanese homes on the first day of the year, the dish to eat is ozoni, a good luck soup composed of pink-rimmed fish cake, daikon, carrot, and shiitake mushrooms floating in a rich dashi (kelp and bonito broth) along with mochi, chewy rice cakes, which are oven-toasted until they resemble fire-licked marshmallows. Get the recipe for Japanese New Year’s Soup » 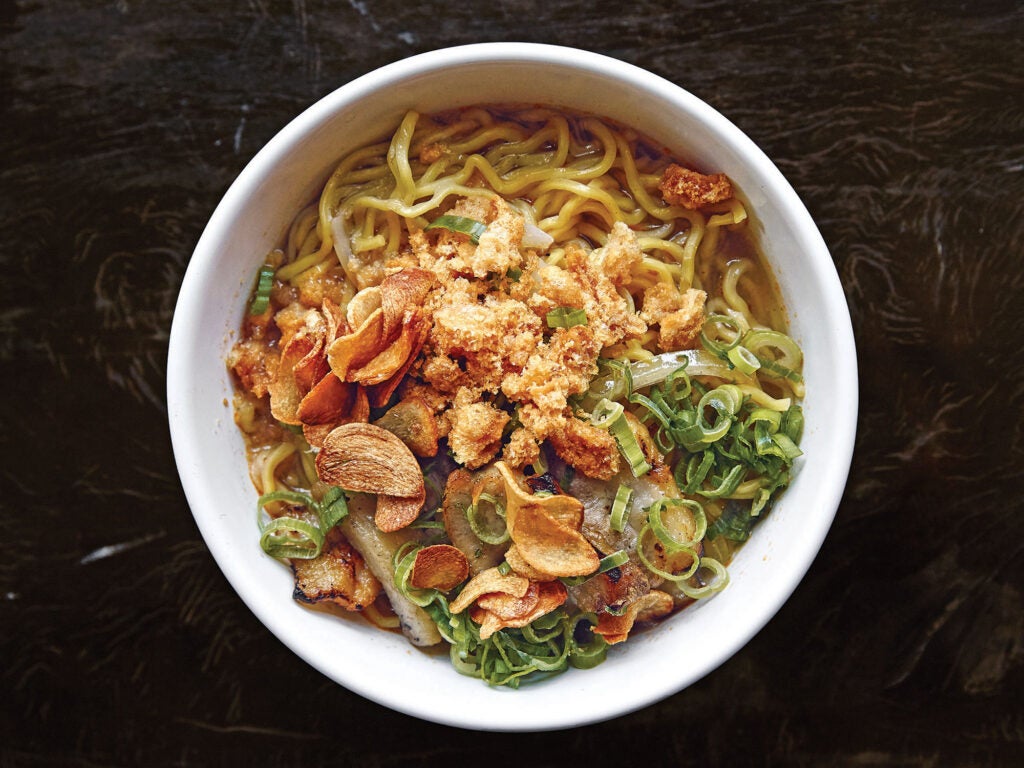 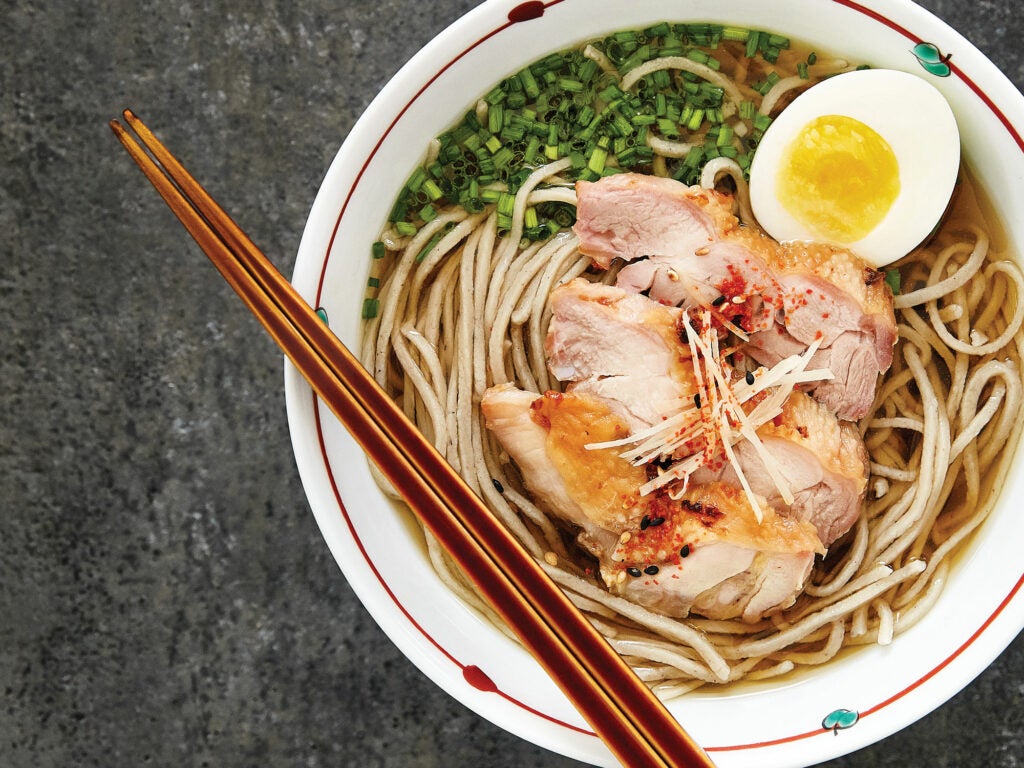 Hot Soba with Chicken and Egg

Is there ever a bad time for soba noodles? Definitely not. 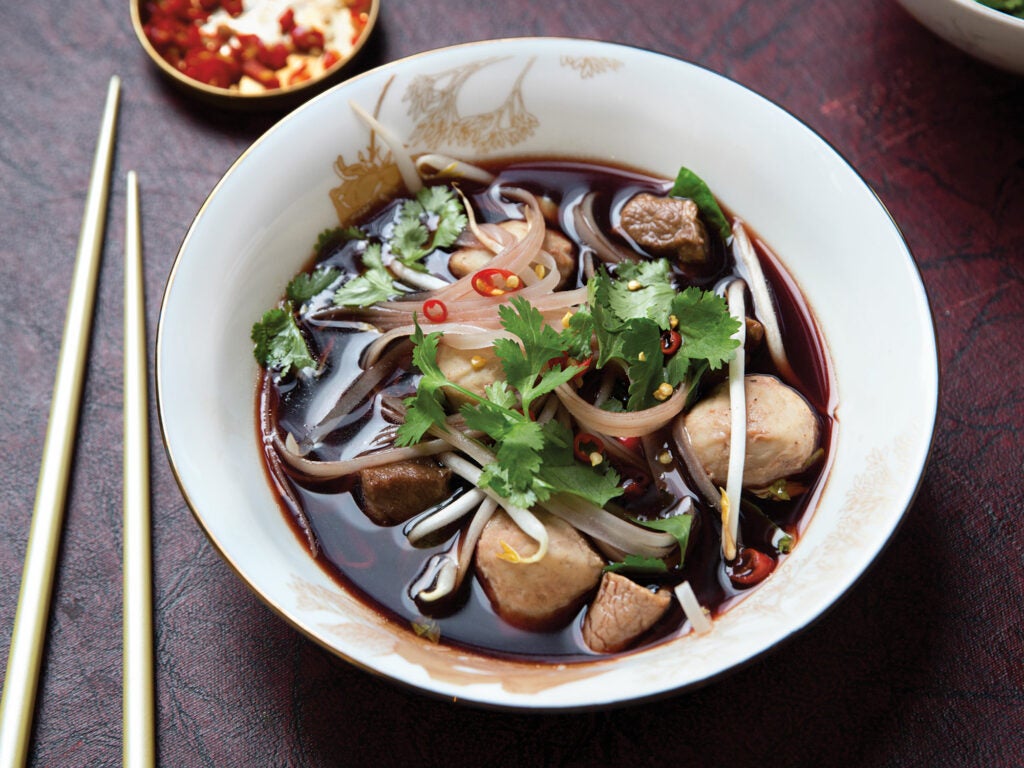 This spicy, delicious Thai noodle soup is enhanced with a touch of crimson pig’s blood. Get the recipe for Thai Boat Noodle Soup (Kuaytiaw Reua) » 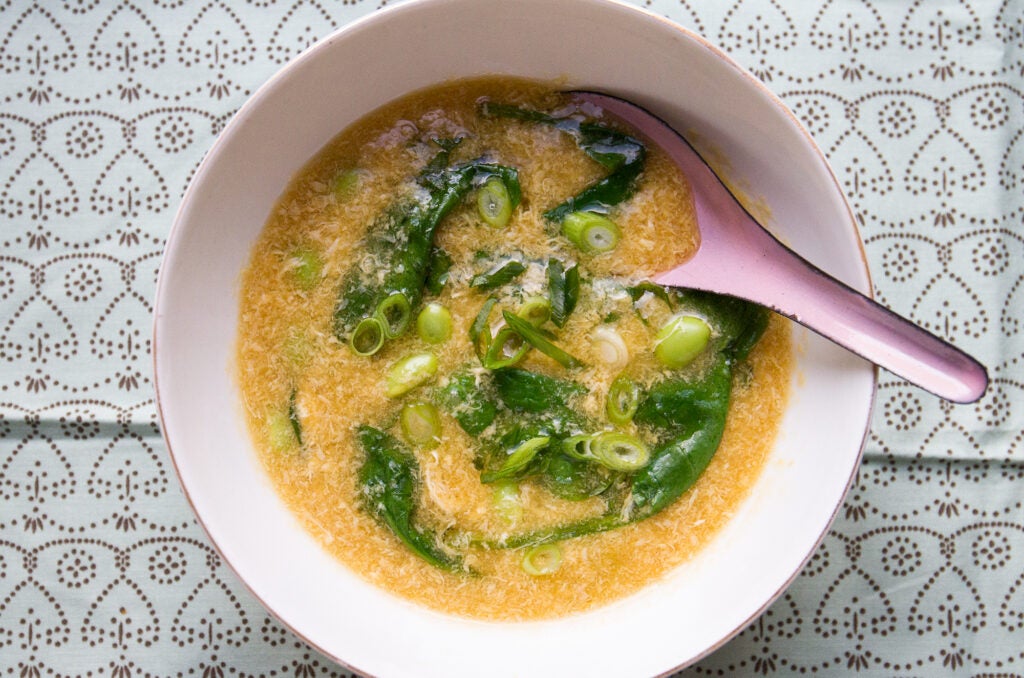 A handful of soybeans and fresh spinach lightens up this Chinese restaurant favorite. Get the recipe for Spinach and Edamame Egg Drop Soup » 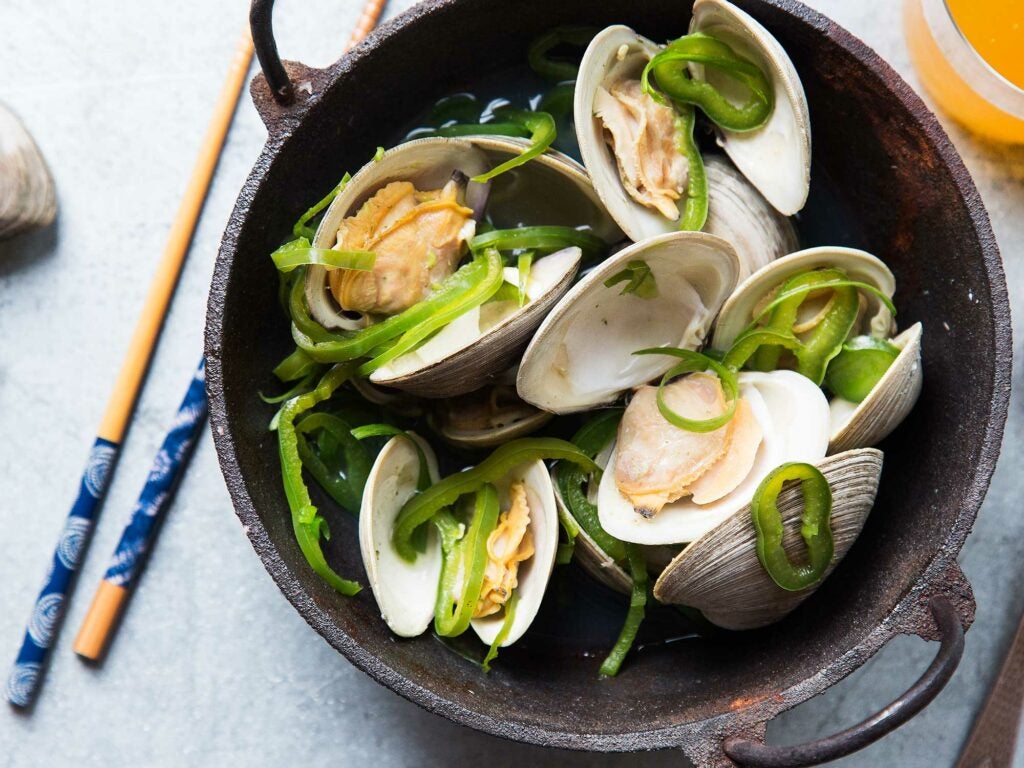 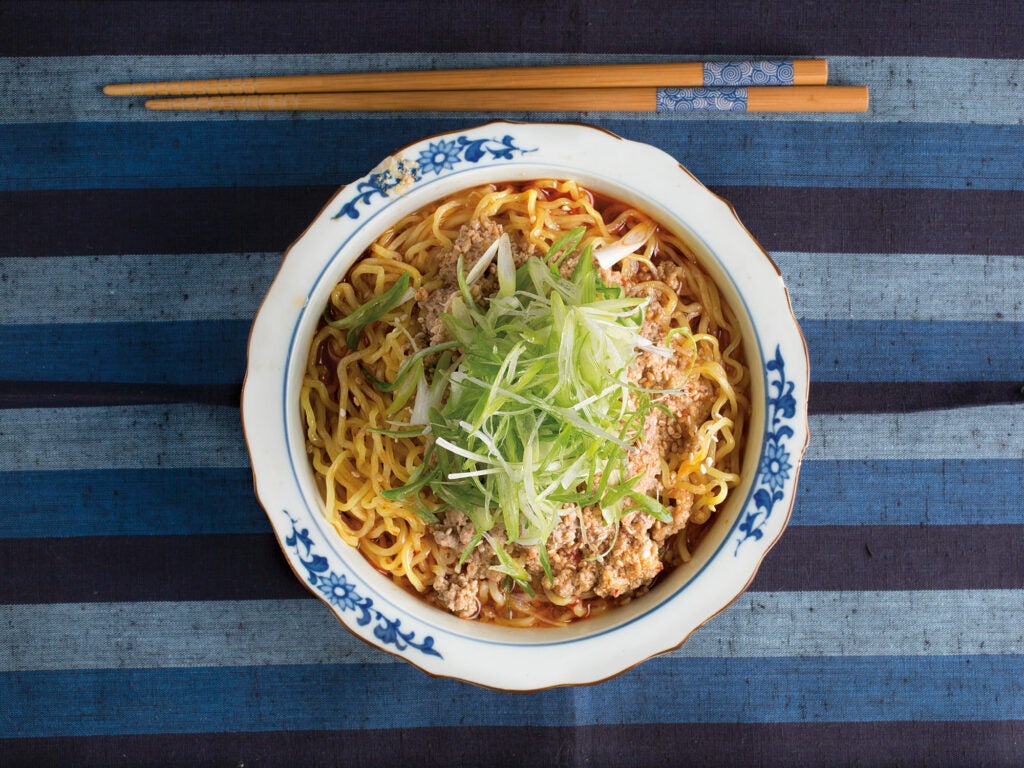 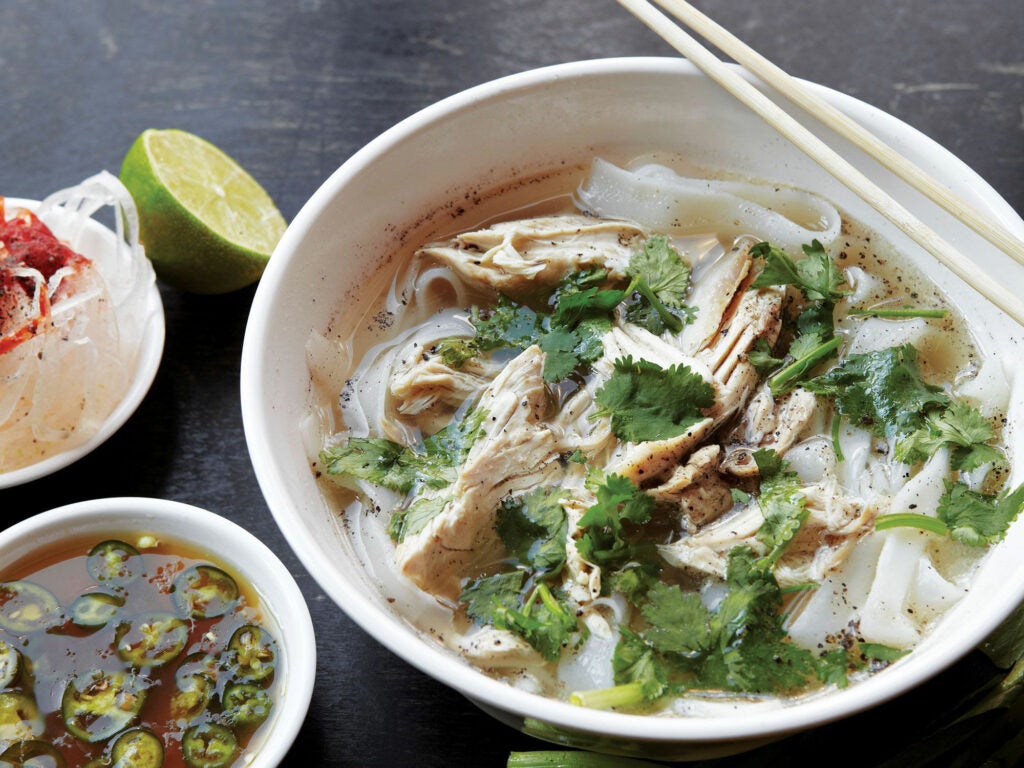 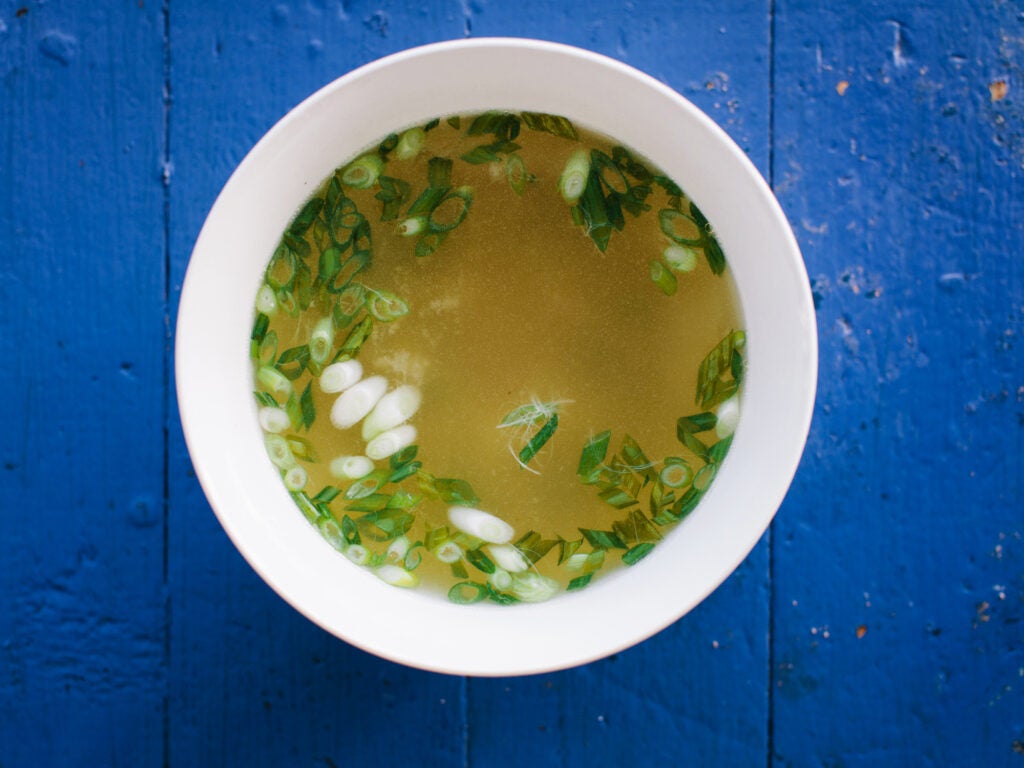 Miso Soup with Scallions and Shiso

This clean-tasting, simple miso soup from chef Chris Fischer is made with dashi, a fish broth reinforced here with kombu and bonito flakes. Get the recipe for Miso Soup with Scallions and Shiso » 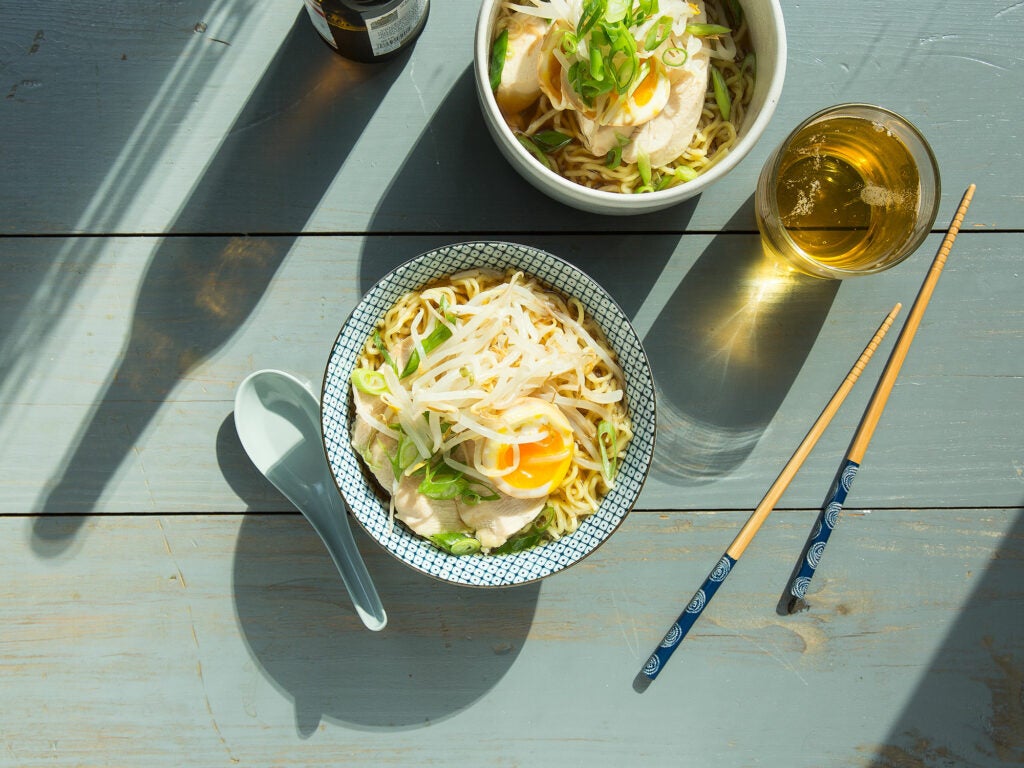 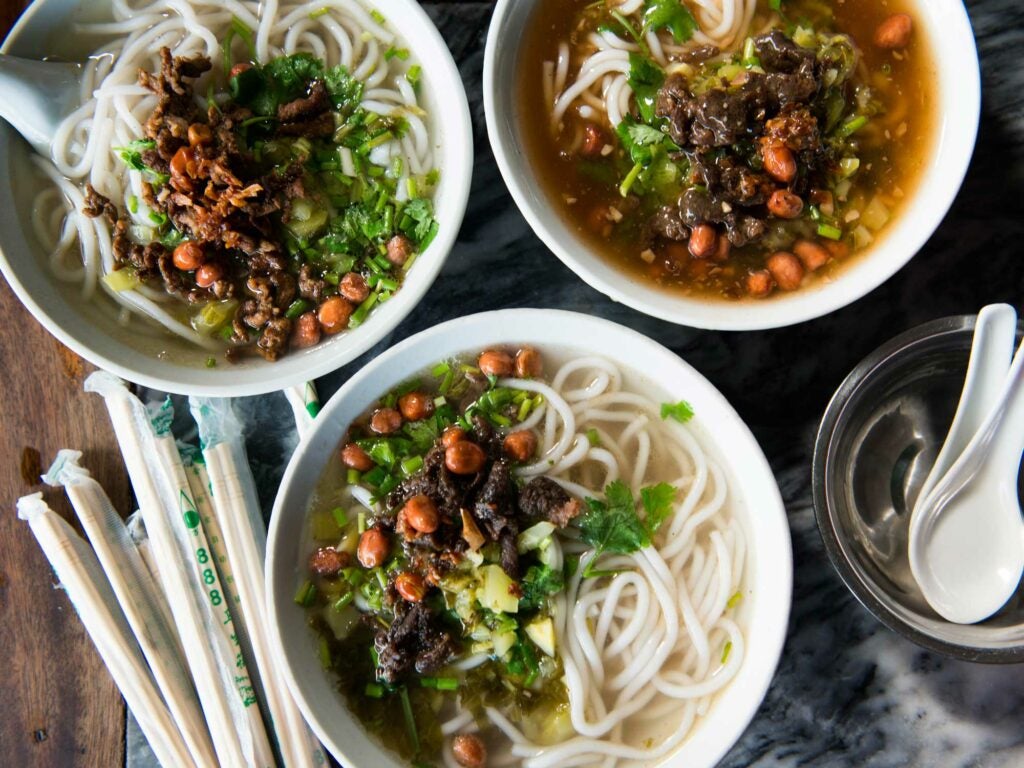 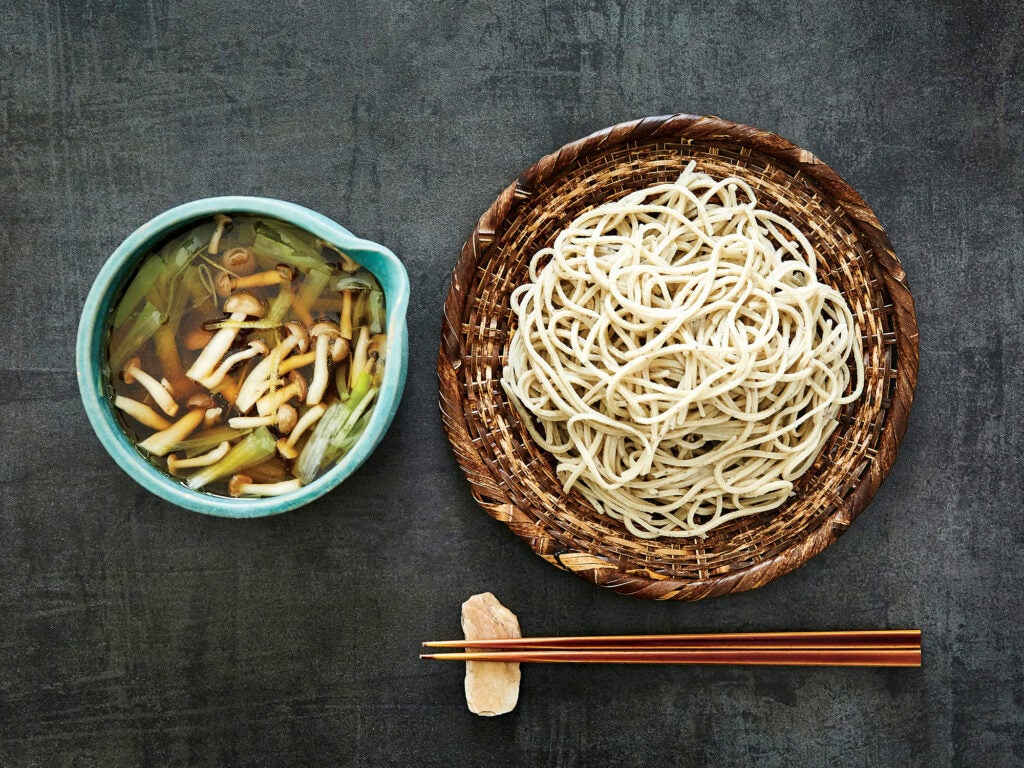 For this deconstructed noodle soup, dip cold noodles into the hot broth, then slurp them quickly—the technique preserves the integrity of the tender, fresh noodles. Get the recipe for Cold Soba with Mushroom and Leek Seiro Broth » 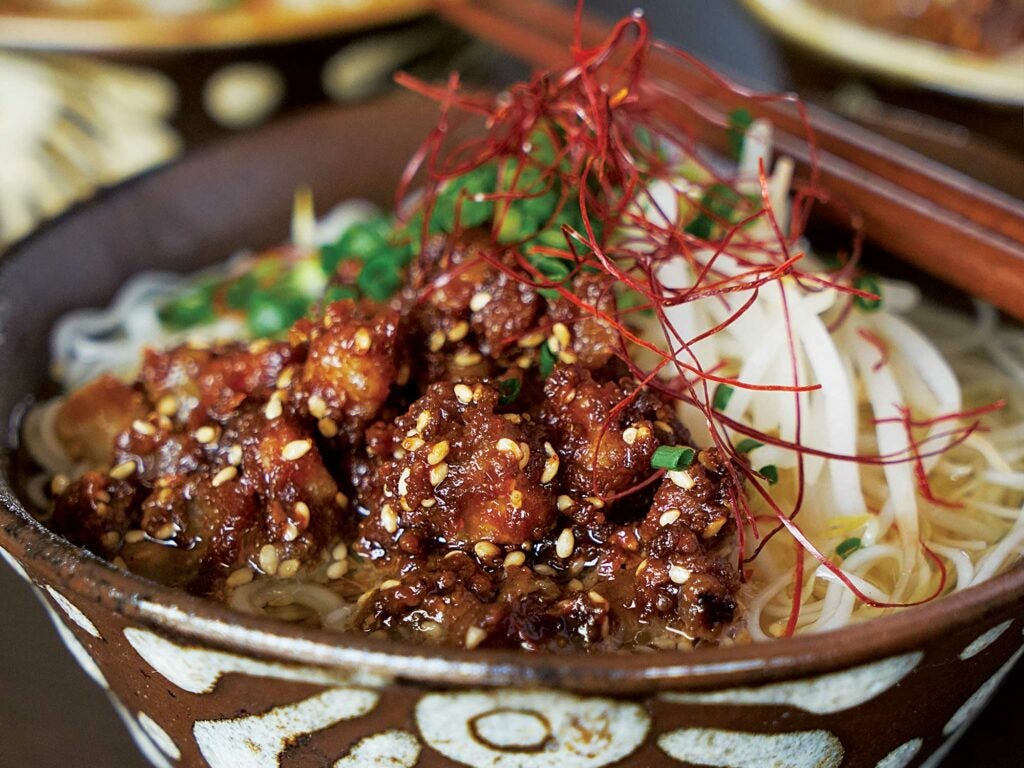 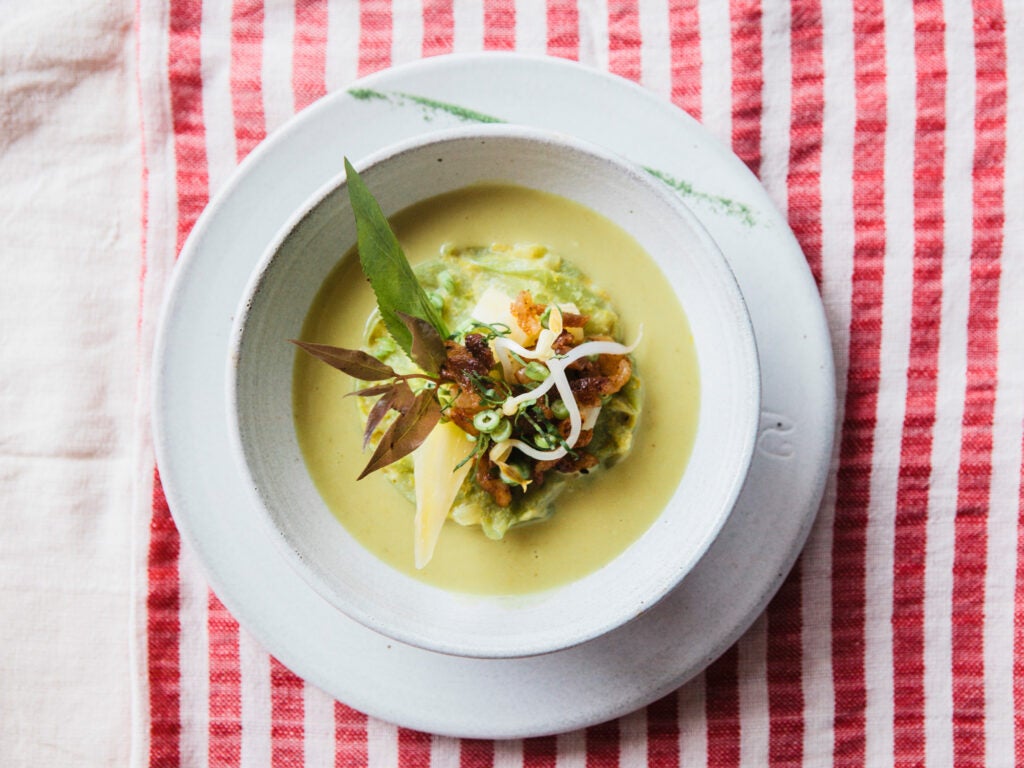 This Cambodian soup is full of complex flavor from smoky bacon, crisp, cleansing taro stems and prahok (Cambodian fish paste). Get the recipe for Green Curry and Taro Stem Soup with Bacon » 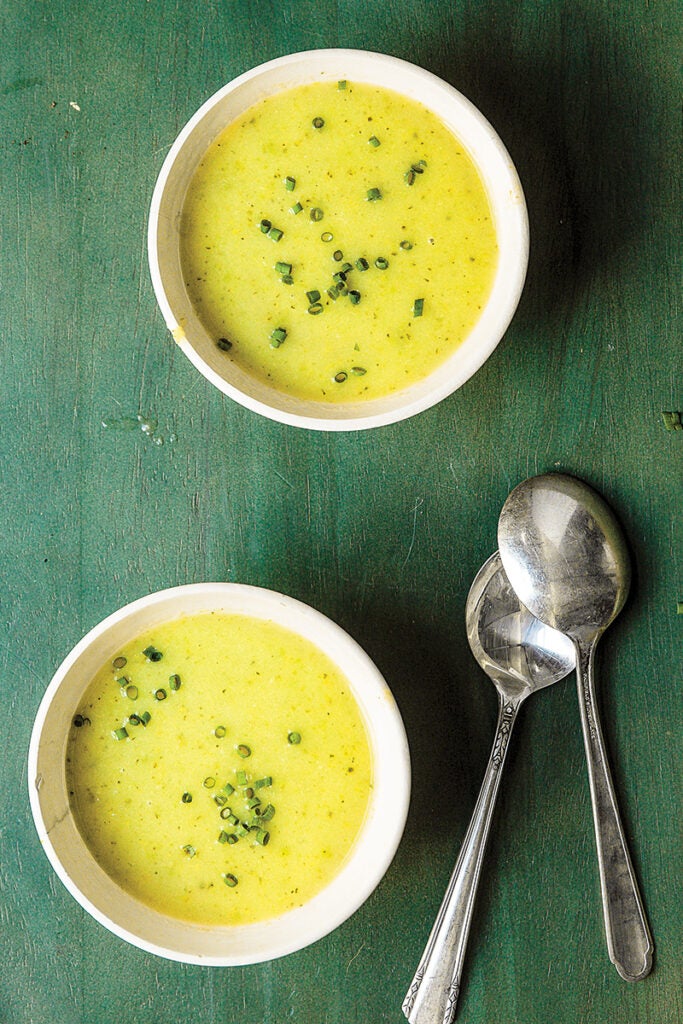