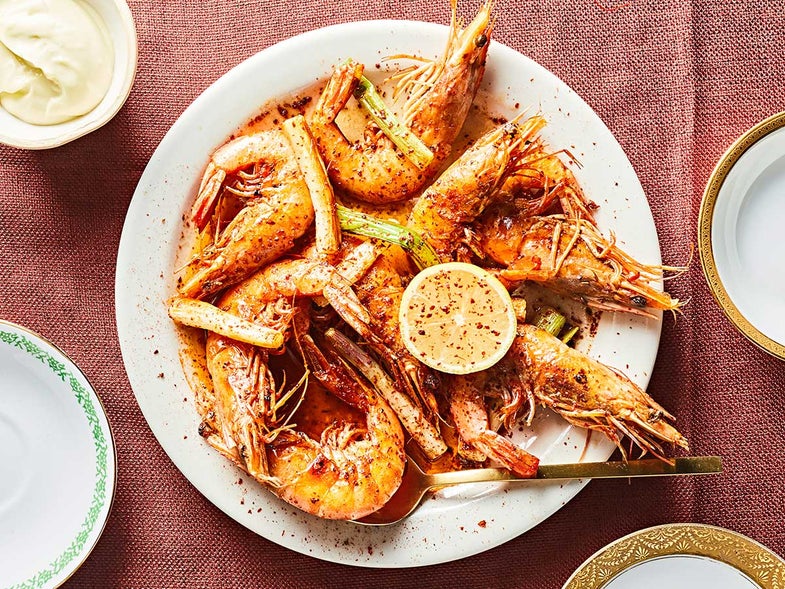 At Hart's in Brooklyn, the chefs use urfa biber and aleppo chile peppers to lend a smoky-spicy flavor to succulent shrimp. Jenny Huang
SHARE

“Head-on shrimp are fun and festive because you’re encouraged to eat them with your hands,” says Katie Jackson from Hart’s in Brooklyn. “Getting really awesome product makes all the difference,” she adds. Since the heads can be the first thing that go bad off the shrimp boats, look for shrimp that are frozen on the boat so they are preserved at their freshest and tastiest. At Hart’s, theirs come from Louisiana.

“Different people have different opinions about how much of the shell-on shrimp you should be eating,” says her chef partner Nick Perkins. “You can eat the heads, legs, and even the shells—it’s up to you.”

Featured in: An Eye-Opening Look at the Feast of the Seven Fishes

For the chile oil: