My first foray into tasting Vegemite came from living with an Australian roommate a few years ago. Her habit was to keep multiple jars stashed in our pantry, lest she run out of the brown, yeasty paste. I barely touched the stuff, its unfamiliar scent and texture was, for a long time, more than slightly daunting in nature. It would be a few years before fate forced me into cracking open a jar (Vegemite, by the way, will keep through the end of the world).

Developed in 1922 by Cyril Callister in Melbourne, Australia, Vegemite is made using leftover brewer’s yeast from the beer-making process. (British Marmite already existed by that point, but their supply was interrupted by the arrival of World War I and import issues with the British.) Once their own version was created, it became a staple item in many Australian homes. By World War II, it would find its way into every ration kit given to on-duty soldiers.

In its home country, the thickly syrupy, almost blackish paste is most traditionally eaten slathered onto toast with a bit of butter nestled underneath. The first time I tried it, I was immediately assaulted by the amount of sodium. “How do people enjoy this?”, I wondered silently. But I smiled and nodded at my roommate, as the moisture completely evaporated from my mouth. (Now, I’m sure you’re asking, “Where does the part come in where she likes it?”. Follow me down the science brick road here.)

Vegemite contains glutamate, or glutamic acid, also known as the main driver of the 6th taste, umami. Ingredients such as parmesan cheese, dried mushrooms, even tomatoes, contain varying levels of glutamates, bringing a hard to describe background complexity to a dish. Vegemite is packed full of it. Sometimes I even call it a vegan bouillon. That helped me figure out the mystery of what to use it on. 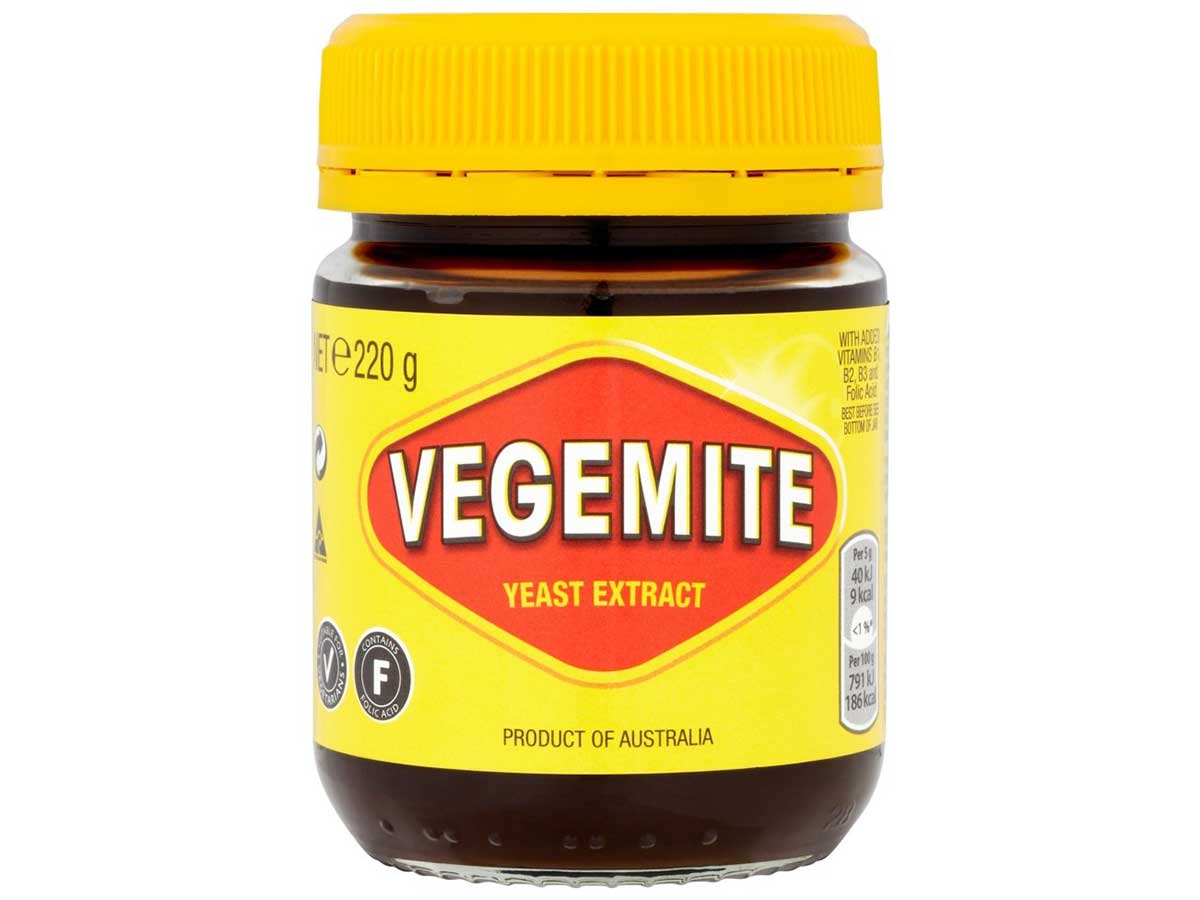 I was throwing a totally not-vegan pig pickin' (born and bred North Carolinian here, y'all) and needed a vegan barbecue dish so all of my friends could enjoy the celebration. I decided to whip up some jackfruit barbecue, my go-to replacement for a pulled pork texture, and after adding the sauce and braising it for 45 minutes, it tasted sort of bland and insipid. I was quickly running out of time and simultaneously still keeping a close eye on the smoker. I rummaged through the pantry, needing a culinary Hail Mary, and eyed a jar of Vegemite. Creativity and desperation met. I twisted the jar open, scooped out a tablespoon and plopped it into the braising fruit, crossing my fingers for the best. After it melted into the mixture, I had a taste of it. My mouth was filled with salty, sweet, spicy and a hint of vinegar. It was like the Vegemite had turned the volume up to eleven. From then on, I've realized you can use Vegemite to help put the finishing touches on many dishes in similar need of some punch. It's good for everything from stews to beans, but one of the most successful recipes I tried it in was a split pea soup during a time when I had run out of chicken stock.

I encourage you to open your heart to the humble Vegemite spread. Every underdog deserves its day.

More Dishes to Try with a Touch of Vegemite