Tips for buying, storing, and cooking cucumbers, plus our favorite cucumber recipes. 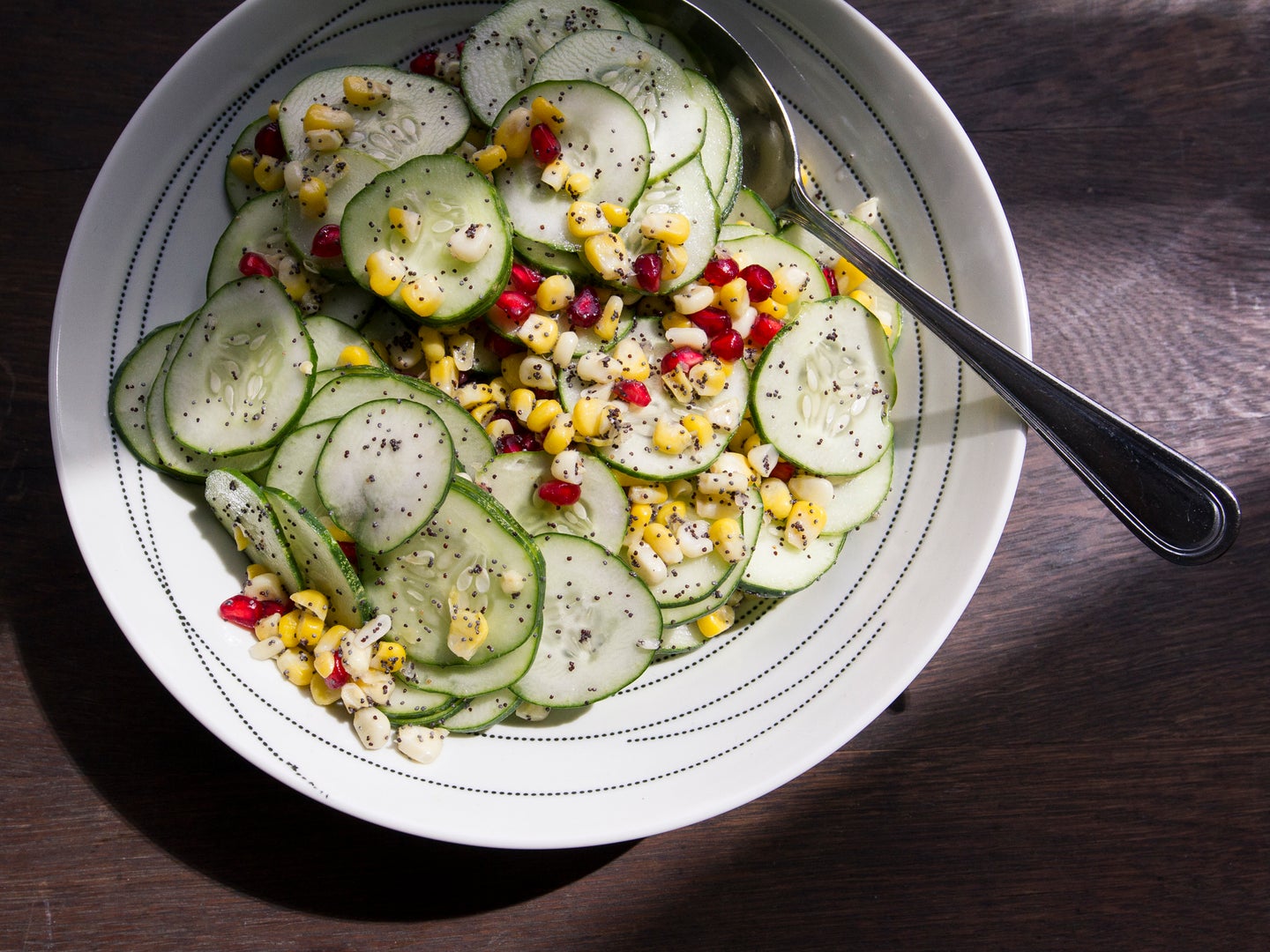 Cultivated for thousands of years, cucumbers—a fruit in the same family as gourds—likely originated in India or Thailand. Today they are grown all over the world in numerous varieties, from tiny pickling cucumbers to the large, smooth, European greenhouse type. While they’re available year-round, cucumbers peak in the summer. Middle Eastern, Asian, and European varieties tend to be fuller-flavored, sweeter, and more finely textured than the American slicing cucumbers you see most often in stores; they’re our choice for most preparations. Most often enjoyed raw or pickled, they’re also lovely in sautés or puréed with yogurt for cold soups or drinks.

Choose smooth cucumbers with brightly colored skins; avoid yellowing cucumbers and those that have been waxed.